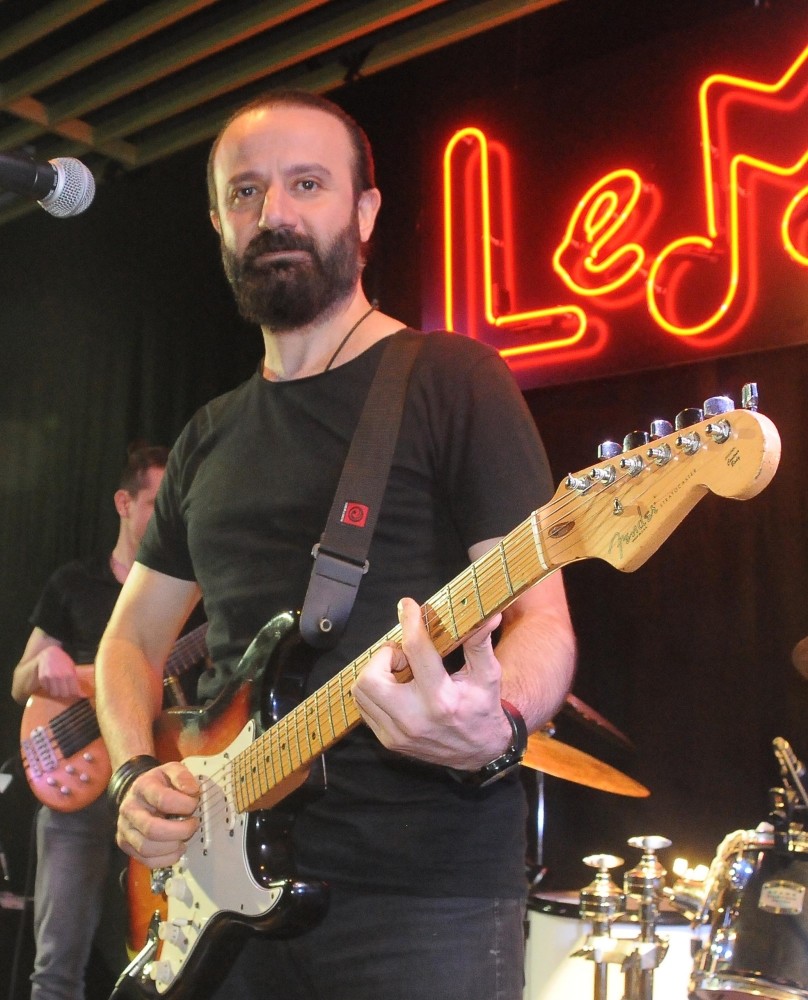 Musician Erhan Doğancıoğlu, who shot an audio-descriptive video clip for the song "Son Mektup" ("The Last Letter") with the support of the Audio Description Association, is planning to give a concert with the same technique next year.

Speaking to Anadolu Agency (AA), Doğancıoğlu, 41, who has performed in Yalova province, said he released the audio-descriptive video, which they shot for the song "Son Mektup" on the album "Vol.1," which was released in 2015, with the idea of "music without boundaries."

"The audio description explains the clip while it is playing. For example, it says the character is walking now. There are trees behind him. The woman in the clip has black hair and brown eyes. The man is bearded and ties his hair back.' This is a way of creating a clip in the world for our visually impaired friends," said Doğancıoğlu.

'Their right to feel clip'

Doğancıoğlu said the idea of an audio-descriptive clip came to his mind after being inspired by a disabled friend. He continued: "I have a visually impaired friend named Çağrı. After the clip of 'Son Mektup,' I told him how beautiful the clip was. He said he wished to watch, namely, listen to it. I became enlightened at that moment. It is their right to feel the clip. While preparing this work, the Audio Description Association helped us very much."Saying that everybody in the art community should be responsible and do the same thing, Doğancıoğlu added that relevant organizations provide the required support.

Explaining that he received positive reactions after the debut of the video clip, Doğancıoğlu said: "First, you should feel. When you close your ears or eyes, you can understand how disabled people feel. You need to try it for just 30 minutes. I did it and tried to help them in this way."

Mentioning that he is working on a new project with the idea of "music without boundaries," Doğancıoğlu indicated that they are planning to give a concert where everything will be told with visual and audio descriptions in the spring of next year.

"We will make a new project that has never been done before. It will be a concert only for visually impaired and hearing-impaired people, and it will also be free of charge. We will provide shuttles all over Turkey through contacting municipalities and governorships. I have many friends who set their hearts on this work; they will also come. We will describe 'Son Mektup' in both visual and audio forms," said Doğancıoğlu.

He said there are alternatives for the place of the concert and added: "It can be at Harbiye Open-Air Theater or at the stadium in Beşiktaş. I have a contact with the stadium since I have prepared the marches of Beşiktaş. We can fill up the stadium."