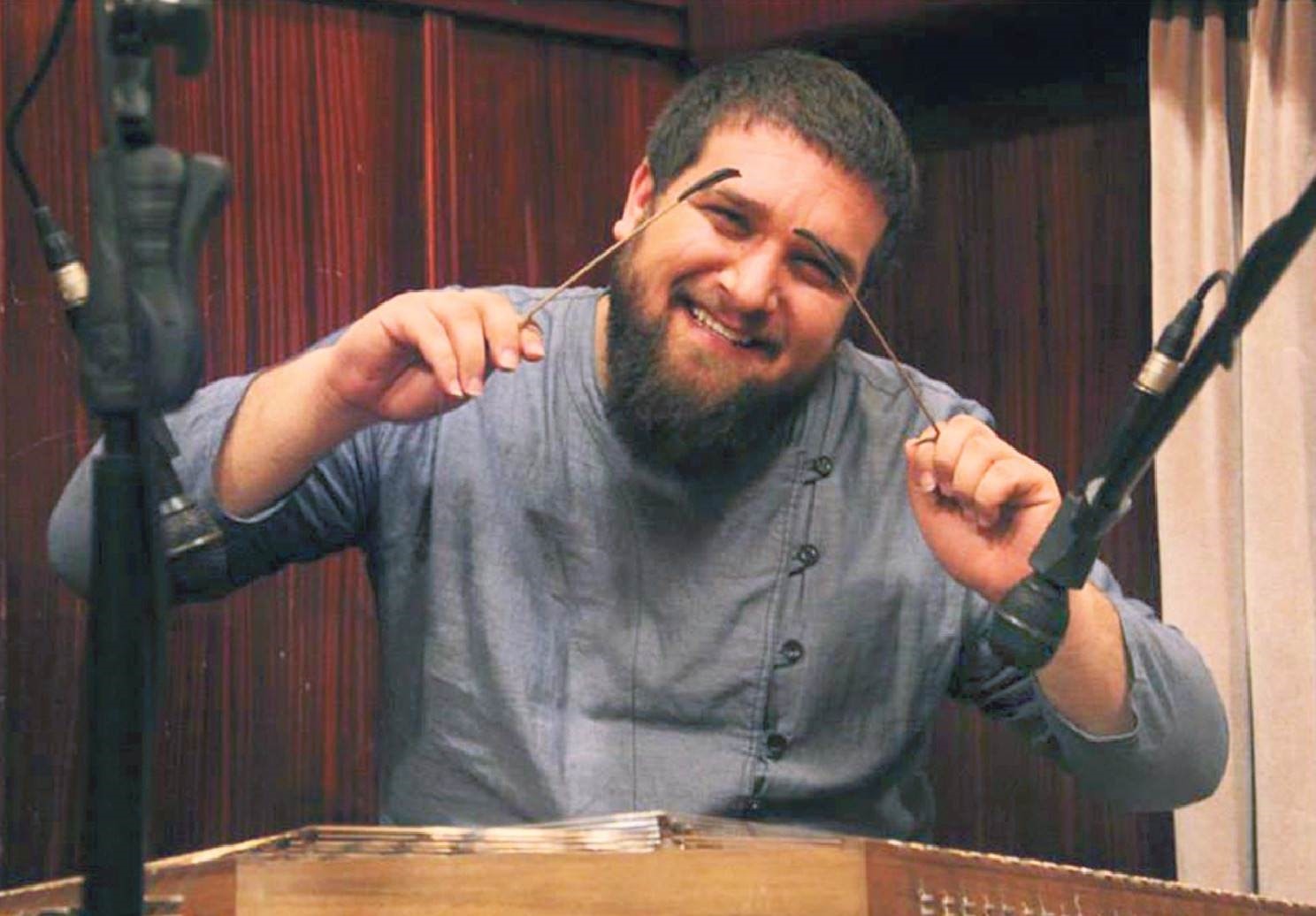 Having set out on many journeys for music, Sedat Anar touches the audience's heart with his songs, combining Persian tunes, traditional Sufi and Anatolian music forms with blues, jazz and Mesopotamian rhythms

Sedat Anar is a prominent performer of santoor, an indo-persian hammered zither, in Turkey. Born in the Halfeti district in Şanlıurfa province, Anar had the opportunity to grow up, listening to stories and folk songs from his grandfather İbrahim Anar. He says that as a member of society from Şanlıurfa, he has a deep interest in arts and music like most of his countrymen. Introduced to music at a very young age, he set out on various journeys, including a visit to Iran to learn how to play santoor. Anar, who studied music in various places in the world, played as a street musician for nearly six years. After having this experience, he began his professional music career with the album "Belagat," the first santoor album in Turkey. Albums, such as "Amak-ı Hayal" and "Ehl-i Beyt Besteleri," followed.

Bringing the breeze of Persian tunes to Turkish music, the artist has managed to conquer the hearts of listeners with his compositions since the day he started to perform. Speaking to Daily Sabah, Anar talked about what music means to him and his passion for santoor. Implying he has a future album plan, consisting of a musical of Sheikh Ghalib's "Hüsn-ü Aşk" mathnawi in his mind, Anar discussed his search for a sponsor for this long-term work. 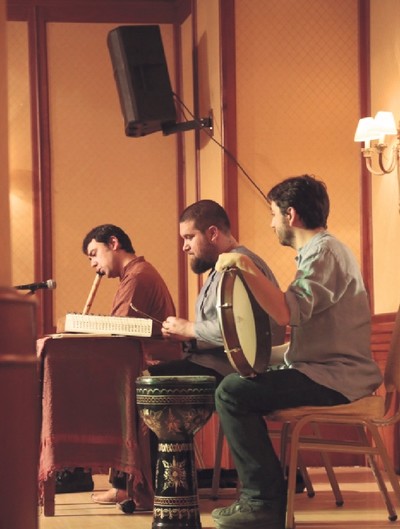 Having performed as a street musician in Ankara for a while, Anar has been giving many concerts at various halls since the day he started his professional music career.

Daily Sabah: Santoor is a little known musical instrument. First, can you introduce it to us as a santoor player?

Sedat Anar: Santoor is actually an Indian instrument, but it was also used in Persian culture and the Ottoman Empire. Having been played in Ottoman palaces, it was later removed from the palace repertoire to decrease the Persian influence on Turkish music. For example, santoor player Ali Ufki Bey was a very important figure in those times. Even if the instrument wasn't used in palace music anymore, ordinary people continued to play it. The last great santoor master was Ethem Efendi. Doctor Ziya, a student of his, and Zühtü Bardakçıoğlu came later. Subsequently, I started to play it. If readers want to learn more about santoor, they can visit my website where they can find its history in detail.

D.S.: Who or what inspired you to play the santoor and pursue a career in music?

S.A.: I was born in Şanlıurfa, and my grandfather was a famous storyteller in the region. He used to sing folk songs along with stories. It was a great chance for me since I had the opportunity to grow up in this atmosphere, listening to him. He could even compose extemporaneously, while drinking. He taught me the pleasure of music and the importance of productivity. Not only my grandfather, but also my grandmother was interested in music. She played def, a kind of tambourine with jingles, and sang hymns. Thus, I can say that I was introduced to music at a young age. Then, when I was a student in the History Department of Hacettepe University, I was introduced to the santoor by a Persian friend. Following this, I saw another friend playing it. This friend gave me his santoor as a gift, and my journey with the instrument started. When I saw I wouldn't be able to learn to play it by myself, I went to Iran, suspending my study and dedicating my life to music.

D.S.: What does the art of music mean to you?

Art is a favor given by God to people to make the world a beautiful place. This is why an artist shouldn't produce for profit. Thus, I play my music not for people but for God. What I produce serves him first.

D.S.: What makes you set out on journeys and where were your stops on these journeys?

I started my journeys for music. The first stop was Iran. Not only did I learn to play santoor, but also listened to Persian poems there. I reached Pakistan because of my interest in music and literature. I also visited cities in Turkey along with the foreign journeys, including tours of Europe. Discovering new things about music, meeting new people attracted me to perform my own music in new places. My close friends are still the ones that I met when I was a traveler. I live in Istanbul now since I think it is the city of my music. Besides, the recording companies that I work with are there, making it easier to work.

D.S.: You have been a street musician in Ankara for a while. Can you share your experiences with us?

Like I said before, "The best stage in the world is streets, and the best decor is dustcarts." I started to perform on streets in my university years. I had no opportunity to perform my music in big halls. First, I played alone on overpasses. Then, a guitarist and a percussion player joined me, and we formed a band together. I made close friends on the streets in the five years we performed together. We have many memories of the people of Ankara. I saw a different world in the streets, and it was really joyous. Of course, we also experienced bad events like being battered. However, streets are the perfect places to make music in spite of everything.

D.S.: We live in a time of popular culture; thus, our music changes parallel to it. What reactions do you get for your music, which is independent of this popular culture and combines Sufi texts with jazz, blues et cetera?

It is generally weird at the beginning for people that a 28-year-old man's works consists of works by old poets. The ones who listen to my music first think of me as a man in his fifties. I don't have a desire to be popular. I am not against popular culture, but it doesn't have a place in my works. Some columns were written about my music, and they described it as an authentic, new style, hearing the traditional tunes. This was actually what I wanted to hear. I always tried to learn the traditional one and then combine it with modern techniques. This is why I spent a year-and-a-half in Iran. We need to say new things as Rumi said before. For example, tanbur player Cemil Bey was criticized harshly in the past because of his new techniques in his performance. However, he is accepted as a music master in the present.

D.S.: What is the common point of your albums? Can you describe your album process?

I perform on many instruments and compose the works of Sufi poets like Mevlana Jalaladdin Rumi, Ahmed-i Hani and Sheikh Ghalib on all my albums. Indeed, I deal with all the processes of my albums myself. I have a qualified audience, and producing for them or preparing each step with my own effort doesn't bother me. On the contrary, I enjoy it.

D.S.: Can you discuss your latest album "Osman Kemali Baba Besteleri?" What kind of an album is it?

We can call Osman Kemali Efendi as the modern Yunus Emre, a Sufi mystic figure that influenced Anatolian culture. I learned about him from an anthology of Baha Doğramacı. When I first read his poems, I was entranced, and then my feelings reached to santoor. I tried not to limit my music in my compositions on this album. Produced by my brother, it was completed in a month with the support of our friend Cansun Küçüktürkün. Music lovers will listen to the words of Osman Kemali accompanied by various instruments, such as guitar, violin, santoor, trumpet and kopuz, a fretless string instrument used in Central Asian, on the album.