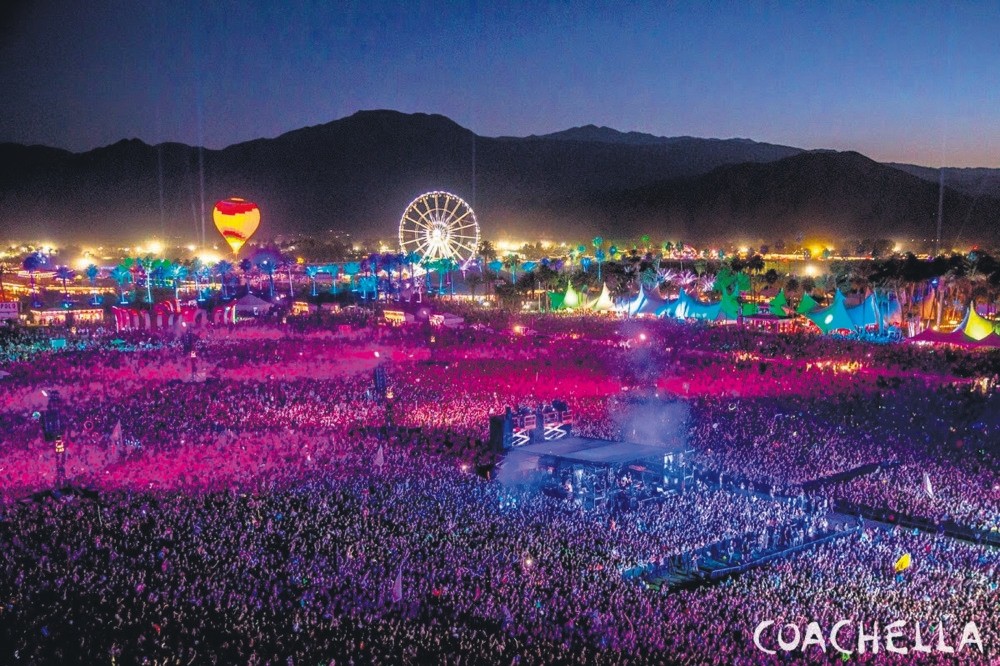 Coachella, which has turned into one of the worldu2019s most lucrative and influential festivals since its debut in 1999, takes place in the desert of southern California over two successive weekends in April with identical lineups for each.
by Jan 04, 2018 12:00 am

Beyonce, Eminem and The Weeknd will headline Coachella, promoters announced Tuesday, marking the first time that no rock act will be among the main attractions at the leading festival.

Coachella, which has turned into one of the world's most lucrative and influential festivals since its debut in 1999, takes place in the desert of southern California over two successive weekends in April with identical lineups for each.

The festival - April 13-15 and April 20-22 - marks the first concert scheduled by Beyonce since the pop superstar had twins in June with her husband, rap mogul Jay-Z.

Beyonce's appearance is not a surprise. She was due to headline Coachella last year but was replaced with Lady Gaga after Beyonce's doctors advised her not to perform so late in her pregnancy. She promised at the time to come in 2018 instead.

Coachella, whose promoters are fond of splashy headliners, is also the first full concert on the books for Eminem since the top-

The Weeknd, the Toronto R&B singer whose profile has quickly grown in the past few years with hits such as "Can't Feel My Face" and "I Feel It Coming," has performed previously at Coachella but never as a headliner.

The Coachella announcement comes amid growing signs that traditional rock bands are losing their cultural dominance in the United States. Hip-hop for the first time made up the majority of nominations for Album of the Year in the latest Grammys.

Despite the headliners, Coachella at other set-times will feature plenty of rock acts, mostly with an indie bent, including The War on Drugs, alt-J, Haim and Portugal. The Man.

The festival will be the Coachella debut of French electronic icon Jean-Michel Jarre, whose extravagant light shows rank among the largest concerts in history but who toured the United States for the first time last year.

Other prominent performers include Talking Heads legend David Byrne, who has indicated he plans to release new music in 2018, and Cardi B, the New York rapper who scored a breakaway hit in 2017 with "Bodak Yellow."