International Franz Liszt Piano Competition winner Vitaly Pisarenko will be on stage at Sakıp Sabancı Museum's Seed Hall on Jan. 9 at 8 p.m. as part of Istanbul Recitals. The genius Russian artist, who was praised as "the gifted pianist" by The New York Times, will perform the works of Franz Schubert, Sergei Prokofiev, Sergei Rachmaninov and Franz Liszt.

In 1847, Franz Liszt came to Istanbul for the first time and the Ottoman official newspaper Takvim-i Vekayi wrote, "We heard that prominent piano master Monsieur Liszt would come to Turkey's Istanbul." After 170 years, Vitaly Pisarenko, who is accepted as the "Young Liszt," will come to Istanbul to take the stage before art lovers. 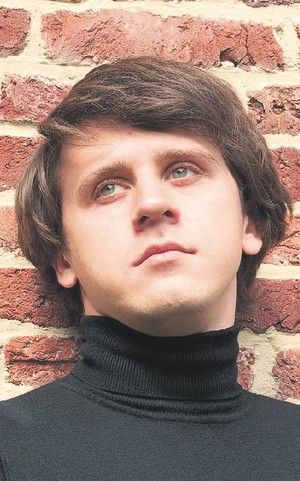 Born in Ukraine in 1987, Vitaly Pisarenko had his first public recital at the age of 6. Following his first musical training at music schools in Kiev, he commenced his study in Moscow with Professor Yuri Slesarev at the Central Music School and State Tchaikovsky Conservatory with the same teacher.

In 2008 after having won the Liszt Competition, Vitaly Pisarenko has performed in more than 25 countries including appearances in Germany, Italy, Hungary, Poland, Austria, Switzerland, Great Britain, Norway, Belgium, Lithuania, Indonesia, Brazil, Argentina, Chile, Colombia, Ecuador, China, Japan, South Korea, Mexico and the United States and taken part at many festivals such as the Basilica Festival of Flanders, the Berlin International Music Festival, the Delft Chamber Music Festival and the Busoni Festival in Bolzano. The artist's upcoming recitals and concerts with orchestras will be in Belgium, the U.K. and Germany. ISTANBUL / DAILY SABAH