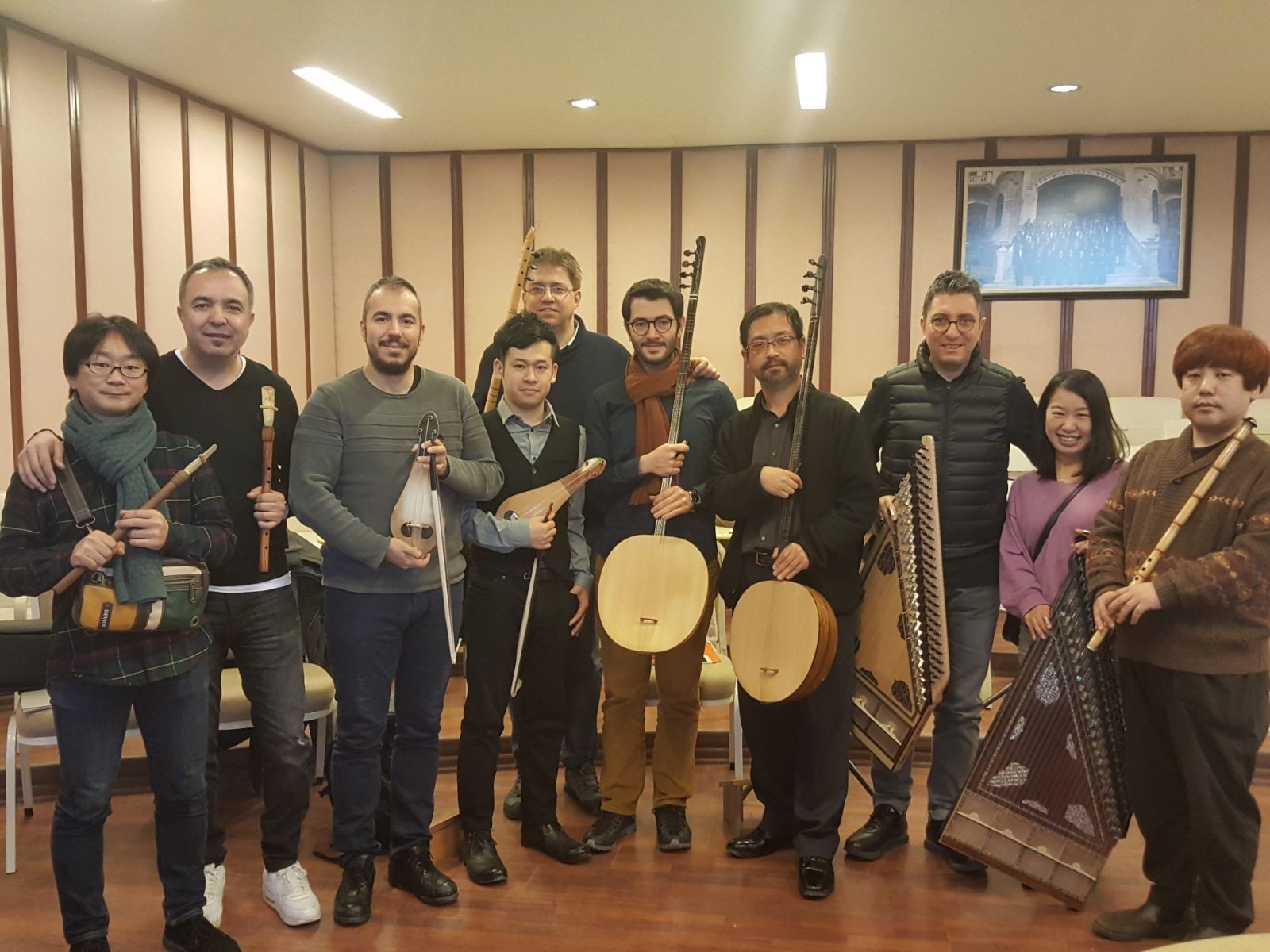 Traditional Turkish music and folk instruments will be promoted in Japan with a new project launched by Turkey's Yunus Emre Institute (YEE).

In collaboration with the Turkish Ministry of Culture and Tourism, the project enables the Japanese students to learn Turkish folk music instruments, including woodwinds ney and mey as well as qanun, kamancheh and tambour.

The YEE provides services abroad to people who want to learn the Turkish language, culture and art; and to improve friendship between Turkey and other countries and increase cultural exchange.

A group of five people first learned the Turkish language in the Tokyo chapter of the institute and later received theoretical and practical lessons on Turkish instruments in Ankara from specialized artists working for the ministry.

After the training at the Atatürk Cultural Center in capital Ankara, the students will be able to practice the Turkish musical instruments in their home country.

Speaking to Anadolu Agency, one of the students, the 46-year-old Hideyuki Ishida said the Islamic influence in Spanish music directed him to Turkish folk music.

Playing the wind instrument zurna in the band, Ishida said he had played the ney for 17 years.

Cenk Güray, coordinator of the Fine Arts General Directorate at the Ministry of Culture and Tourism and one of the instructors, said the lessons were "quite productive."

"They have a specific background, as well as high-level concentration, working disciplines and skills. So they have progressed very fast."

"In the future, a deeper structuring related to Turkish music may emerge in Japan with the contribution of our friends," Güray said.

Another instructor Furkan Bilgi, who taught kamancheh to one of the Japanese students, said all the students were quick learners.