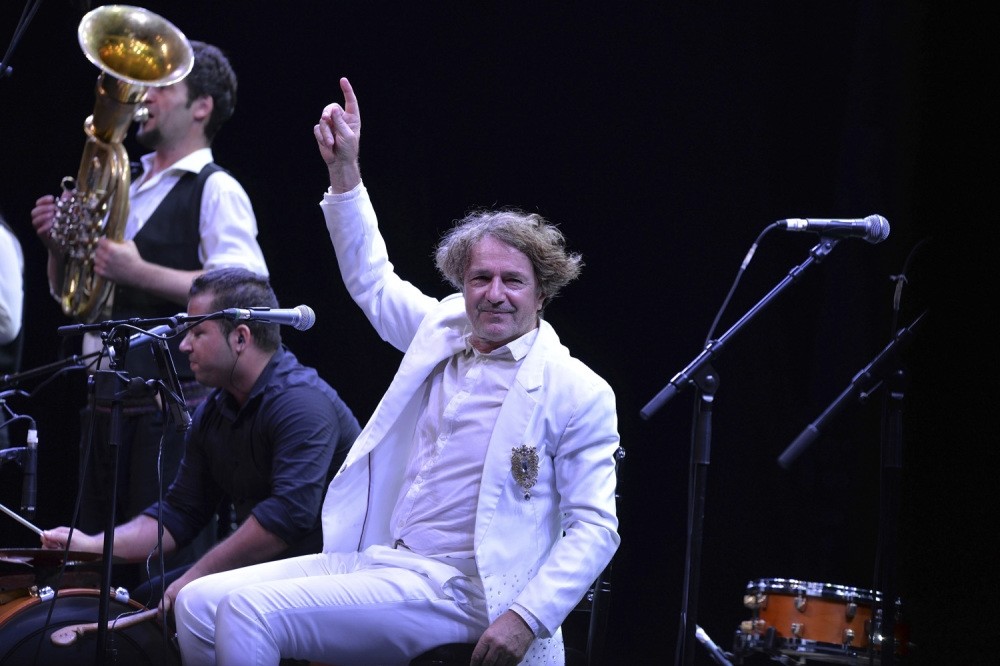 For Balkan rock star Goran Bregovic, his hometown and muse Sarajevo is more than a city. It is a metaphor for a multicultural way of life that can be torn apart by religious conflict.

"What we see in Europe today, we saw first in Sarajevo: A neighbour, who one day is a good neighbour, the next day shoots you because you're of another religion," he tells AFP.

"Sarajevo has always been my first metaphor. Today it's not just the name of a city. It's a metaphor for our times."

The 67-year-old dedicates his latest album, "Three Letters from Sarajevo," to fragile religious harmony as well as to his native city, the Bosnian capital.

A demanding world tour this year will see the celebrated musician - known for fusing rock, gypsy brass and folk styles - perform his new songs on around 130 stages with his Weddings and Funerals Orchestra.

"I'm not someone who does video for YouTube, who does TV. I'm old-fashioned... I travel the whole world to introduce my album," he tells AFP with a smile at his studio in Belgrade, as lively trumpeting drifts in from the next room.

The violin is also a metaphor, he explains, owing to its three principal and very different styles traditionally played by Christians, Jews and Muslims.

'Sisyphean task' Guitar player Bregovic rose to fame in the 1970s with his progressive band Bijelo Dugme (White Button), one of the leading lights of rock in the former Yugoslavia.

His buoyant scores for films by Serbian director Emir Kusturica, such as "Time of the Gypsies" (1988), helped to cement his role in the global popularisation of Balkan music - as did his collaborations with Iggy Pop and other musical megastars.

When Yugoslavia fell apart in a series of bloody inter-ethnic wars in the early 1990s, Bregovic, unlike a number of other artists, refused to take a side.

"My father was a Catholic Croat, my mother is an Orthodox Serb, my wife is Muslim," he says.

"I was not in the position to hate anyone. I was sad for everyone else."

In a scene from a 1991 documentary that he replays in the new album's trailer, a young Bregovic sits in central Sarajevo as music rings out from "mosques, churches, cathedrals" at midday.

"It would be a shame," he says in the video of the religious coexistence, "if it has to stop one day."

"This was a video I made a year before the war. The sad thing is that there you see a young man saying that, but I'm doing the same thing at 67," he tells AFP.

"More than 20 years later, I repeat the same thing in Three Letters from Sarajevo.

"It's a Sisyphean task, but I feel that even this Sisyphean task makes sense. You have to work hard, push that stone... and maybe in the end it'll happen."

'Normal patriotism'The multicultural Sarajevo of his upbringing is no longer, however. The Serbs left for soulless suburbs in the east, and many Croats never returned. Bosnia's Jews, nearly wiped out by the Holocaust, now number in the hundreds.

"It's difficult to understand that we learn nothing from history, that we repeat the same war every 50 years," Bregovic says.

Bregovic, who now splits his time between Paris, Belgrade and Sarajevo when not on tour, proclaims his enduring love for the Balkans - a "difficult" love.

His tour does not currently include a concert in Sarajevo.