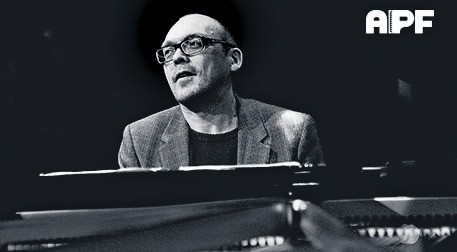 Bugge Wesseltoft, one of Norway's most innovative pianists, who likes to push the boundaries of music, will perform at Ankara Palas on Feb. 8 as part of the Ankara Piano Festival.

Wesseltoft is one the very few musicians who are capable of making silence as audibly vivid, in particular in his solo piano recordings. For 20 years, the most successful of his recordings, "It's Snowing on My Piano," has been treasured as a haven of wintry stillness and contemplation. It is a classic album. Now, Wesseltoft and producer Siggi Loch have returned to the original concept of "snowing" in "Everybody Loves Angels."

The title is a metaphor for the kind of weightless ease which the music conveys. His success story started in 1997. Wesseltoft had just released the album "New Conception of Jazz" on his own newly-founded label Jazzland. That album broke new ground, combining electronic sounds and grooves with his unmistakably limpid, transparent piano playing and the result was a timeless work of art. It left an indelible mark on subsequent generations of pianists and established him as one of the most important innovators in jazz.