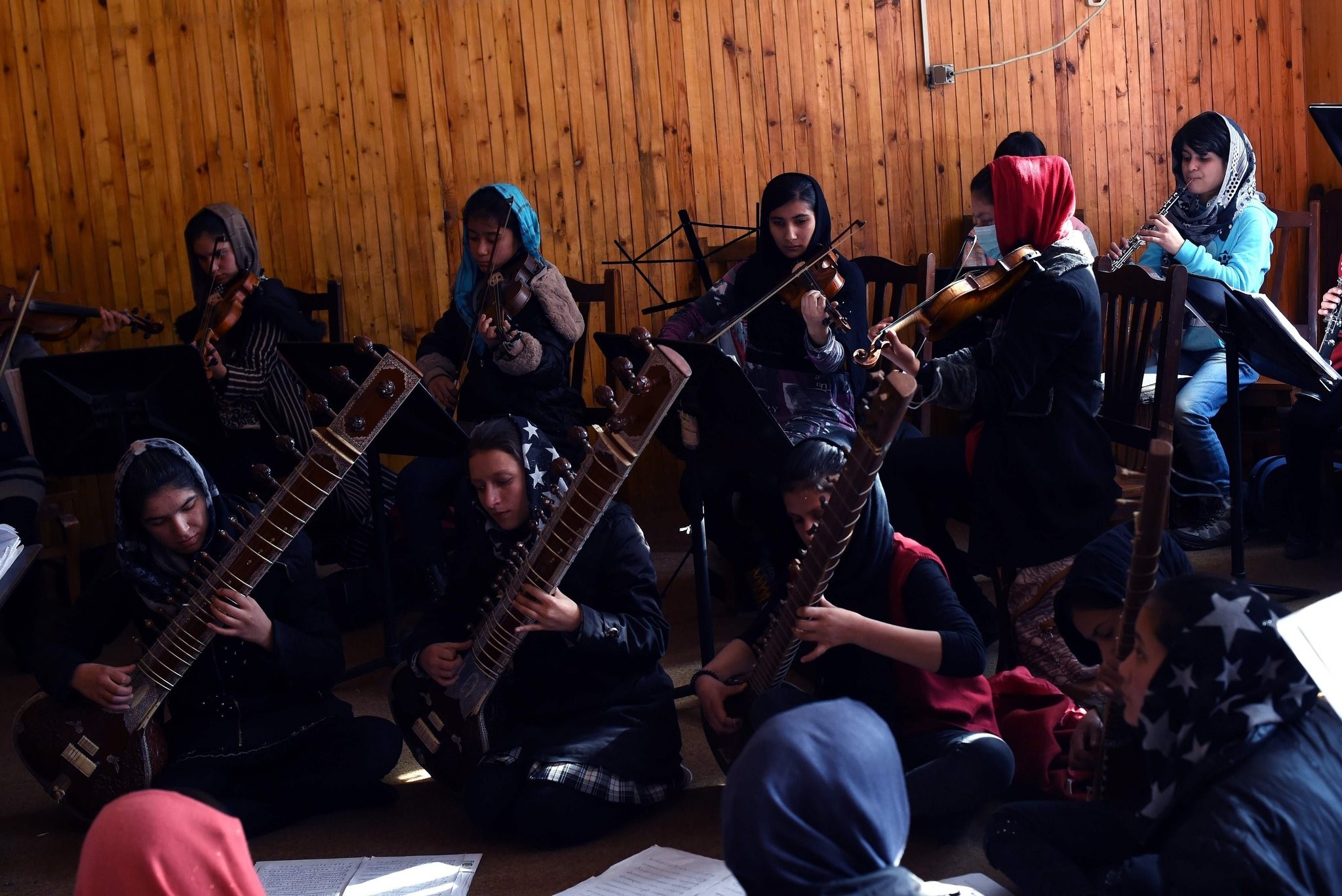 Afghan music students rehearse at The Afghanistan National Institute of Music in Kabul.
by Feb 15, 2018 12:00 am

The laureates will each receive 1 million Swedish kronor ($125,000) at a televised gala in Stockholm on June 14 in the presence of King Carl XVI Gustaf.

The Afghan National Institute of Music was honored along with its founder, Ahmad Sarmast, who started the school in 2010 in a rare coeducational initiative in the war-torn country.

The institute, which teaches both Afghan and Western music, helped generate the country's first all-female orchestra which performed last year at the World Economic Forum in Davos, Switzerland.

Sarmast said he was "very excited, honored and privileged" to win the prize.

"We believe that our two recipients, although from very contrasting worlds, exemplify the mission of the Polar Music Prize, and that is to honor musicians and music organizations whose work has made a difference to people's lives," Marie Ledin, managing director of the award, said in a statement.

"Metallica is loved and admired by millions of hard rock fans across the globe," she said.

Sarmast and the music institute, meanwhile, have worked "to restore the joy and power of music to children's lives," she said.

Metallica is one of the most influential bands in heavy metal, helping bring the angry and aggressive music to the mainstream and preserving an avid fan base for decades.

Lars Ulrich, the California band's Danish-born drummer, called the Polar Music Prize "a great validation of everything that Metallica has done over the last 35 years."

"At the same time, we feel like we're in our prime with a lot of good years ahead of us," Ulrich said of the band, which released its 10th album, "Hardwired... to Self-Destruct" in late 2016.

The Polar Music Prize was established in 1989 by the late Stig Anderson, best known as the manager of Swedish pop superstars ABBA, and selects two laureates each year.

The prize's stated goal is to "break down musical boundaries by bringing together people from all the different worlds of music."