Ottoman sultans who conquered vast regions will now conquer the hearts of music lovers at the concert ‘Sultan Composers,' which will have musicians from 10 countries at Hagia Irene, Istanbul, tomorrow

The Ottoman Empire was once a prominent power in the world with its politics and military. Many books have been written about the empire in various languages. Through these sources, we learned about the life in Ottoman palaces, the lifestyles of the sultans, their education, along with the political struggles, diplomacy, military victories and economic issues the empire faced.

When the sources are examined, it can be seen that the cultural education of Ottoman sultans made art much more than just an ordinary hobby in the palace, but in fact a serious, meritorious occupation. Raised in such environment, they became masters in art and some of them were great composers.

The "Sultan Composers" project has been prepared to present the musical pieces of these Ottoman sultans, who became great composers with the education they received, with universal notation and orchestration.

Having been performed in many countries by their respective orchestras, the concert will bring together musicians from 10 countries and the Musa Göçmen Symphony Orchestra at Hagia Irene in Istanbul this time. 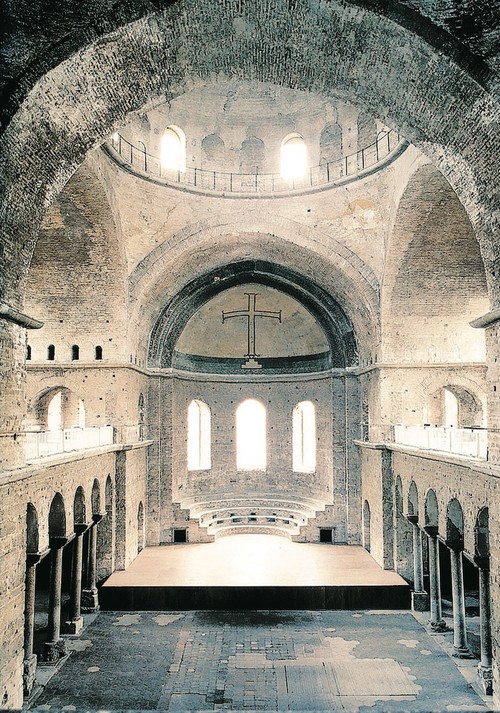 The Hagia Eirene Church will host the "Sultan Composers" performance on Saturday.

Daily Sabah interviewed Sezgin Aydın, the art director of the project, and learned what's waiting for music lovers at the upcoming concert tomorrow at 8 p.m.

Daily Sabah: Can you provide us details on the "Sultan Composers" project and how the idea came about?

Sezgin Aydın: No other princes, no sultans in any civilization in the world achieved what the Ottomans did. The princes in the Ottoman Empire had various pieces of training in different professions and also received lessons in fine arts and music. Some of them reached the highest point in the art of music and became composers, composing many great songs. Those who ruled the world gave life to music and became the masters of musical notes.

However, the compositions of sultans were a little bit different from the day's musical habits. Therefore, we shaped a magnificent concert where symphonic orchestras of our modern times will perform, but the traditional Turkish instruments will appeal to the listeners' changing musical ear. It is exciting for such important works to meet with the world audience.

DS: How did the project develop and what were the preparation stages? 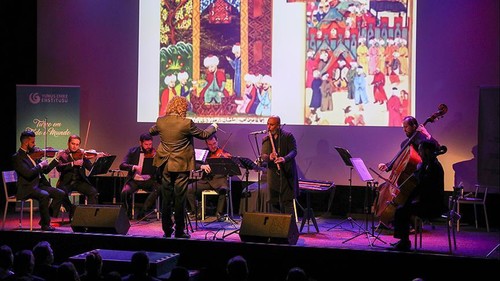 SA: Yunus Emre Institute's "Colors of Anatolia" was the concept our project was based on. While "Sultan Composers" was a small part of this concept at the beginning, the chairman of Yunus Emre Institute, Professor Şeref Ateş acknowledged that this project has the potential to improve international cultural dialogue and contribute to the promotion of Turkey. It emerged with the meticulous works of the orchestra maestro Musa Göçmen.

The pieces evolved into songs that can be performed all around the world after very meticulous work. The songs of Sultan composers were arranged for symphonic orchestras and traditional Turkish instruments. When we introduced our project to world-renowned orchestras and musicians, it got even more exciting. Now, our project is being played all around the world and it is being received with great interest.

DS: Where and by whom has "Sultan Composers" been performed until today?

It was performed by foreign orchestras in Israel, Brazil, Argentina and Romania. We have already prepared programs in 10 countries and this world tour will be a start.

DS: What is waiting for music lovers at Hagia Irene and who will be performing there?

There will be an anthology from the works of sultans from their eras. It's a repertoire that reaches from the works that were performed by the saz, a stringed musical instrument, to the present day. From prelude to Waltz and Polka, it's a very full-on repertoire. The Sultans will be commemorated at this concert with their compositions in many musical genres. Guest musicians from 10 countries will unite with the Musa Göçmen Symphony Orchestra and it will be a great performance accompanied with vocalists Tahir Aydoğdu and Bilgin Canaz. An Armenian balaban player, which is a double-reed wind instrument, will also be one of the surprise guests of the concert.

DS: There are 11 guest musicians from 10 countries in this project. How did you manage to unite such a multinational staff? And what kind of difficulties did you run into during the process?

The project is a worldwide project thanks to its structure. It will travel everywhere and be on the stage along with the puzzled looks of listeners since what they will encounter here is so much different than what they have in mind when it comes to Ottoman sultans.

We have made a very innovative network with this project and we are hoping to perform at many other concerts with various new projects. The hardest part of this project is to vocalize Turkish rhythms and melodies with foreign musicians. You could understand what I mean if you attend one of our rehearsals.

DS: What do the guest musicians think about Turkish music? How did they react to the idea of performing in Istanbul?

It's a different experience for all of them. For example, one of the compositions performed was arranged by our maestro from the handwritten works of Murad V, as this song was not even heard by Murad V. There is no other version of this song in the world. Therefore, it is important for listeners as much as it is for musicians. Another exciting thing is that these works will be performed at Hagia Irene, where most of them were written.

DS: Where will "Sultan Composers" continue their concerts?

In the first stage, we will start performing in the U.S. and Canada and later, Venice, France and Germany are on our list. We wish to perform this concert all around the world and as quickly as possible. The sultans who conquered the world will now conquer the hearts of music lovers.