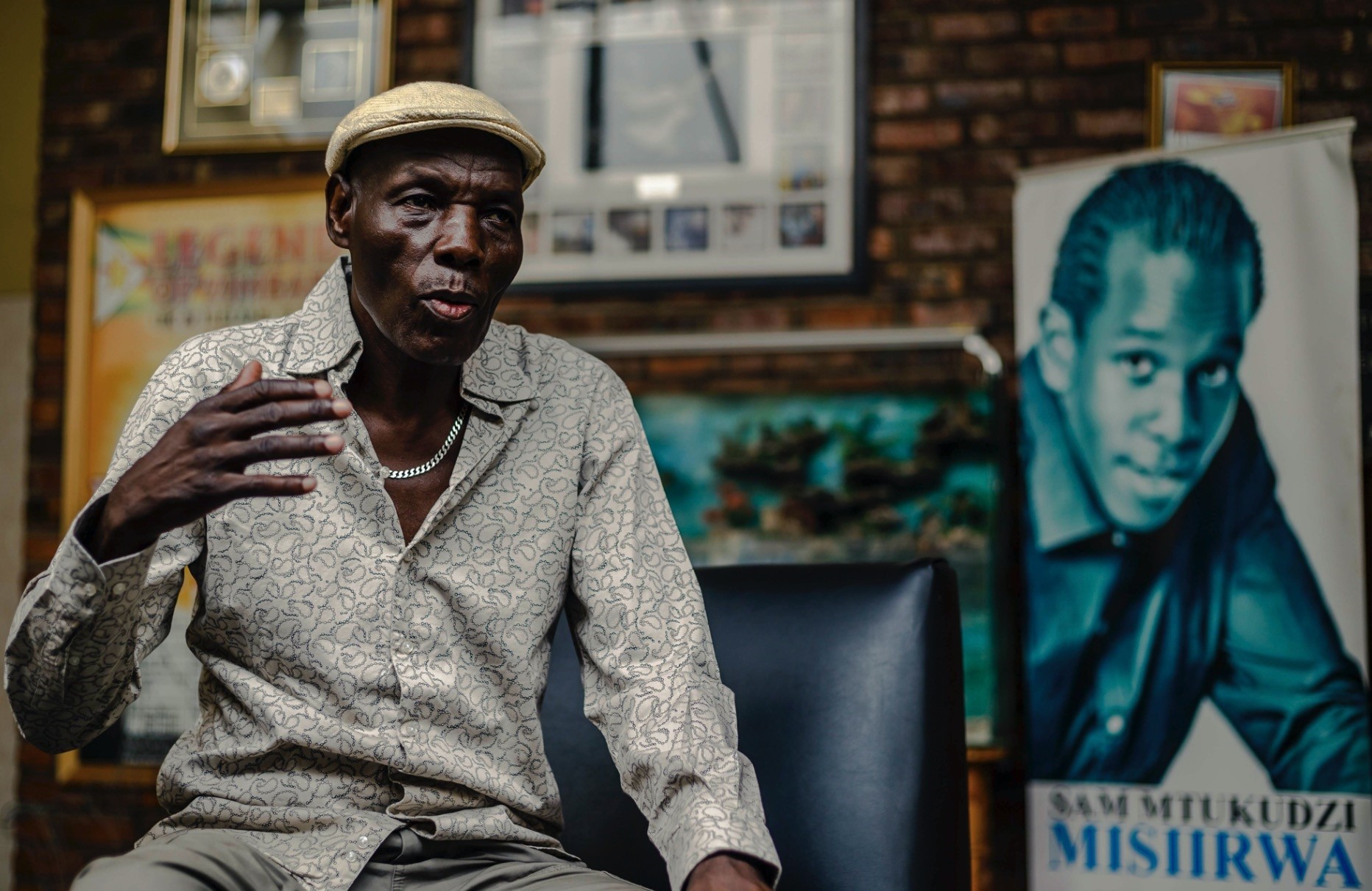 If you have ever dreamed of playing alongside jazz legend Oliver "Tuku" Mtukudzi, just drop by his studio in Zimbabwe and pick up an instrument.

Mtukudzi - one of Africa's most famous and admired musicians - has an open-door policy at his arts center in Norton, 50 kilometers west of Harare.

At the age of 65 and with more than 60 albums under his belt, the self-taught singer and guitarist says the center provides a home for all musicians, particularly youngsters who often face disapproval from their parents at home.

Named "Pakare Paye," Shona for "same old place," the center is free, employs no tutors and follows no curriculum.

"This is not a school," Mtukudzi told Agence France-Presse (AFP) during a break from rehearsals at the sprawling complex of thatched and brick one-story buildings.

"We don't deal with education here - we deal with talent. A college says, 'We will teach you,' but we say, 'You have got it, let's learn.'"

The husky-voiced Mtukudzi, whose stage name is Tuku, said he started to plan the center after realizing the problems he faced in the 1970s still exist.

Zimbabwean parents often frown on the arts as a profession, preferring their children take up careers in the law or medicine.

For decades, young artists seeking a supportive mentor would head to Mtukudzi's house in the town of Kwekwe, carrying their song scripts or just showing off their dancing and choreographed stunts.

His daughter Shami joked that, "Our house was the first arts center," recounting how the home was flooded with aspiring artists.

"These children are not appreciated at home. They are looking for somewhere to be appreciated, and I offer that," Mtukudzi said.

"Then I thought, 'Let me look for a place where I can help the youngsters.'"

Set on a 3-hectare (7-acre) plot and equipped with a recording studio, multiple indoor and outdoor stages and accommodation chalets, the center has fostered many musicians and performers since it opened in 2004.

Mtukudzi allows students to just come along and try out instruments.

He listens carefully, identifies which ones they are good at and encourages them to practice hard.

His approach is to set them on the path to becoming self-taught, like he was, rather than being the teacher, but he helps them later on to fine-tune their talent.

Guitarist Rodwell Roda, 33, is one graduate who started with music when he was just 14 years old.

"My parents did not want me to play a guitar," said Roda, who now plays in Tuku's resident band, The Black Spirits.

"So I used to borrow a guitar from friends and practice outside.

"The moment I came here, I started to learn more things, and learned to be more humble ... It doesn't mean to play with him, you have to have pride."

Fiona Gwena, 26, is another graduate who also now sings with Tuku and plays percussion.

"I just had a passion for music so after school I heard of this place and came here in 2012. It's a free platform," Gwena said.

Three years ago, Bright Shumba, 31, quit his job as a heavy-duty machine operator in the western coal-mining town of Hwange to pursue his dream.

"My wife and mother didn't understand that I chose to leave my job [for music]. Luckily, I met Tuku. To me he is not just an artist ... he is like a spiritual father," Shumba said.

Using his personal savings, Mtukudzi bought an old factory, tore it down and built the center, which also teaches sound engineering, theater and dance.

Funding now comes from income earned on the chalets as well as a traditional restaurant open to locals and tourists.

"I want to showcase what they can do and from there I inspire them by appreciating them," Mtukudzi said.