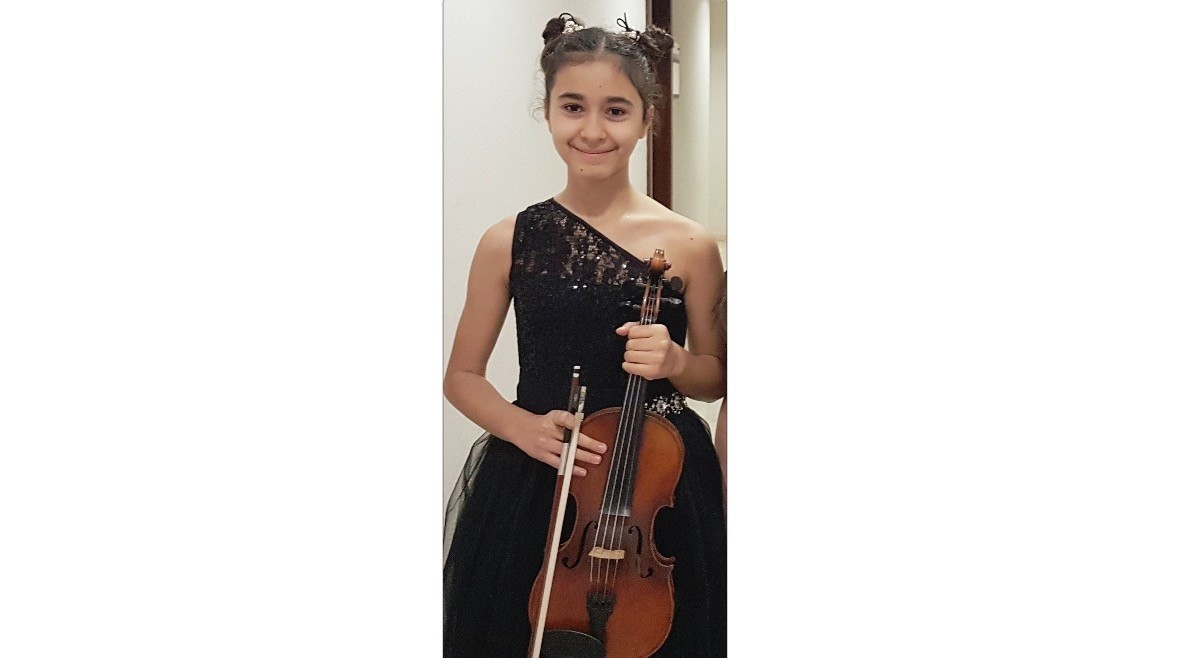 Arsu Sahne, which accepts submissions from home and abroad and has won the recognition of youth, comes with spring concerts in the fourth season. New star soloists, bands and surprise figures take their place in these concerts, which will continue for two months.

Arsu Sahne has been bringing together talented students and masters on the same stage for four years. It has hosted many young stars together with various master artists, such as Ayşegül Sarıca, Jerfi Aji, Metin Ülkü, Eun Young Kim, Ivan Yanakov and Toros Can, to date. Besides, the mini-conversations that are held after concerts attract attention of students and families. These conversations provide an environment where listeners can ask questions, share the difficulties that can be confronted in art education and get inspiration.

Naz İrem Türkmen, who is one of the genius children of Turkey, will appear before her listeners at Arsu Sahne on Apr. 28 at 04.00 p.m. Türkmen, who became popular with her international awards and success despite her young age, continues her education with Prof. Ceyda Uzgören in Istanbul State Conservatory. Also a student of Istanbul Science and Art Center, she was the winner of the 5th Heirs of Orpheus International Music Competition, which was organized in Bulgaria in 2017. In the same year, she won the Best Baroque Art Interpretation Award in the Anton Rubinstein competition in Germany. She came in second in the 42nd Nedyalka Simeonova Violin Competition, which was organized in 2017. She also received the third award in International Arthur Grumiaux Competition for Young Violinists in Belgium. The concert of Türkmen, where she will perform the works of Ludwig van Beethoven, Wolfgang Amadeus Mozart, Johann Sebastian Bach, Henryk Wieniawski, Dmitry Kabalevsky and Pablo de Sarasate, will be free of charge.

Another prodigy, Duru Önhon will be a guest of Arsu Sahne on Apr. 28 at 06.00 p.m. Önhon is climbing the stairs of success as an international musician. Having started musical performances at the age of six, Önhon, 11, continues the works with Prof. Çiğdem İyicil. She was the winner of the international internet music competition, which was held by Serbia Music School's pedagogues in 2015. She also came in the third in the 13th Ukraine Individuals International Violin Competition in the category of 11-years-old and younger and in the 40th Nedyalka Simeonova International Violin Competition in the category of 12-year-olds and younger. The aim of Önhon, who wants to have an education in the important music schools of Europe, is to be an academic who represents Turkey in the best way. She will perform pieces of George Frederic Hendel, Johann Sebastian Bach, Wolfgang Amadeus Mozart, Charles Auguste de Beriot, Fritz Kreisler, Gaetano Pugnani, Jules Massenet and Bela Bartok in her concert. DAILY SABAH / ISTANBUL