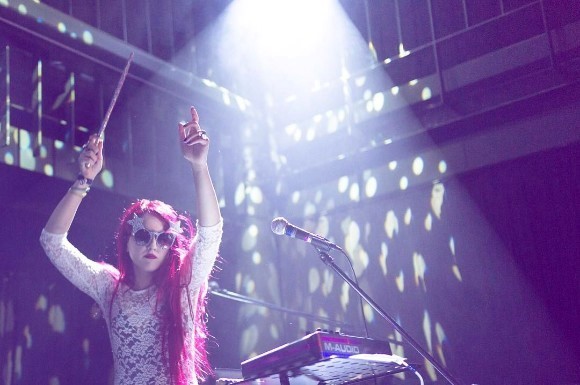 Self-proclaimed indie-electronica musicians Glasxs manage to combine nature and robots in a way that captivates their audience with a perspective that breaks the rules. Glasxs was inspired by visionary artists like Radiohead, James Blake, Portishead and Lykke Li and kicked off their professional music career with their first album "Planet Reverse," produced in 2016.

Gaining widespread fame with their popular, authentic cover of Mehmet Güreli's "Kimse Bilmez" (Nobody Knows), Glasxs started working with the dynamic team of Epic Istanbul, the subsidiary of Sony Music Turkey, in 2018. The band released "Yemen Türküsü" (Folk Song of Yemen) in the beginning of 2018 and is preparing to release their second studio album in a few months.

Mesmerizing their listeners with their live indie, electronica and trip-hop music performances, Glasxs has performed at many local places including Salon İKSV, Peyote Nevizade, Bronx, Karga, Kadıköy Sahne, Peyote Cennet Bahçesi, IF Performance Hall and Peyote Eskişehir. The band also participated in the Istanbul Jazz Festival, IndieCity and the Nilüfer Music Festival. They have also performed at The Beehive and Women of Electronica in London and at Saarbach Gallery in Berlin.