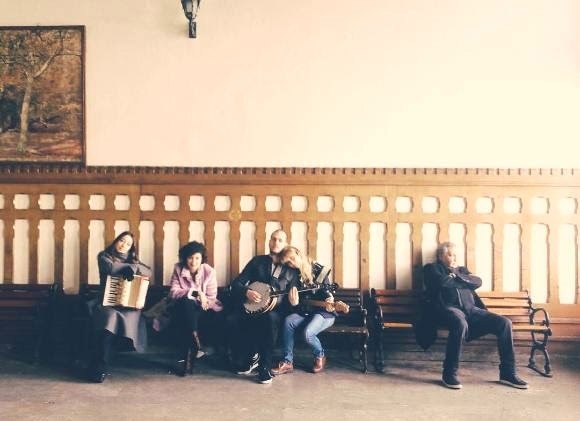 Melike Şahin, a popular artist in the alternative music scene, has released a new song entitled "Sevmek Suçsa Suçluyum" (I am Guilty If Loving is a Crime).

Winning recognition with her song "Deli Kan" (Crazy Blood) released last month under Sony Music, the artist presents a unique experience to her listeners with her new single "Sevmek Suçsa Suçluyum," which is full of hope and Greek rhythms.

Written by Şahin and composed by Can Güngör, the song was also arranged by Güngör.

The video for "Sevmek Suçsa Suçluyum" was shot by French director Tony Gatlif, who won Best Director at the 2004 Cannes Film Festival. During the shoots at Sirkeci Railway Station, 30 actresses accompanied the artist in a joyous atmosphere, staying true to the soul of the song.

Şahin, who performed three songs for the soundtrack of "Djam," Gatlif's most recent film, said: "I'm really happy to work with Gatlif for my music video. He effectively reflected the feelings that I experienced while writing the song. I hope it will remind listeners that we can heal our sorrows by acting in solidarity."

Şahin accompanied BaBa ZuLa as a vocalist in Turkey and on world tours between 2011 and 2017. She has performed more than 250 concerts in Europe, Mexico, India and Austria and also for the premiere of "Djam" at the 2017 Cannes Film Festival.