Barbara Hannigan: The diva who can do it all 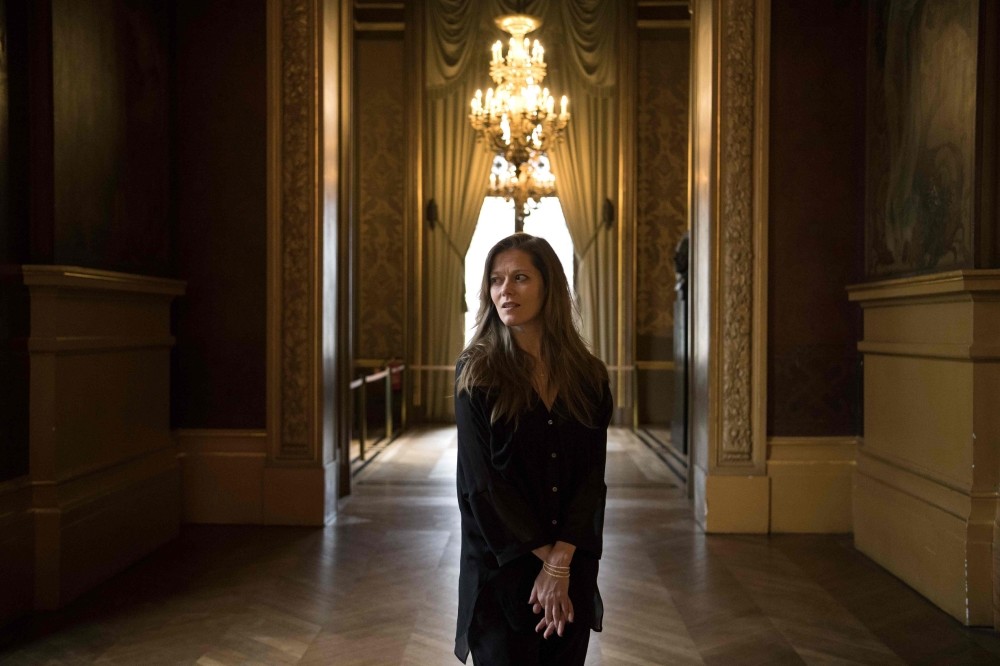 The seemingly staid world of conducting has never seen anything quite like Barbara Hannigan.

The Canadian singer is not just one of the world's most sought after sopranos, a rare diva who is also a spellbinding actor - she is also causing a stir as a conductor.For Hannigan often sings and conducts at the same time.

Videos of her on the podium go viral, and not just because Hannigan looks like "a goddess" - as critics regularly describe her.

She once conducted and sang Ligeti's demanding "Mysteries of the Macabre" in a black vinyl S&M outfit.

Her debut album as both singer and conductor, "Crazy Girl Crazy," won a Grammy and a clutch of other top awards this year.

Not bad for a girl from a Nova Scotian village whose entire population is less than the workforce of the Paris Opera.

"I did not hear an opera until I was 15 or 16 when there was a company touring in my part of the country," Hannigan told Agence France-Presse (AFP).

'I become what I sing'

Which is maybe why she brings such a visceral, athletic abandon to roles like Berg's "Lulu" and George Benjamin's "Written on Skin" - which he wrote for her - that have won her an army of fans.

She also features in Benjamin's latest opera, "Lessons in Love and Violence," which will open in Amsterdam later this month.

It had a triumphant premiere at the Royal Opera in London, where critics swooned over Hannigan's "immense vocal gifts... and extraordinary agility."

Their French peers were just as blown away the previous month with the way she took on the challenging one-woman piece "La Voix Humaine," where she played a woman having a breakdown on the phone.

"The tension in performing, it is very difficult," an exhausted Hannigan admitted after rehearsals at the Paris Opera.

"I become what I am singing. I become the character, I become the music. There is a percentage of me in it as well."

Such a method-style approach is a rarity in opera, where Hannigan, from Waverley near Halifax, has become a trailblazer and advocate for contemporary music and for young artists.

The 47-year-old knows she is a mould-breaker. In the middle of a concert for under 16s in Munich in January, "I looked at the kids and I said to myself, 'I never saw a woman on a podium when I was young, and certainly not a singer who was leading an orchestra at the same time.'"

"Very early, at 17 or 18, I fell in love with contemporary music, a passion which clearly very few people around me shared, and I decided to serve this vocation," Hannigan said. That extreme, singular commitment is what keeps the audiences coming back, she said. She cites fellow Canadian Glenn Gould, conductor Simon Rattle and the acrobatic Jackie Chan as her inspirations.

You see that fire close up in the short documentary her partner, the French actor and Bond villain Mathieu Amalric, made with her, "C'est presque au bout du monde" (It's almost at the end of the world).

"Like in sport, the public want to come and see something performed at a very high level with a very, very intense focus and discipline," she told AFP.

"And just like sport, those athletes have a kind of charisma, and you just can't take your eyes off them."

But Hannigan knows that her body can only take so much.

"As I get older I will sing even less, and I will conduct even more. And in a way that's sad for me, because like an athlete, I lose my physical elasticity," she added.

"Eventually that will happen. But on the other hand, I have a lot of younger singers who I am mentoring and I look forward to conducting and performing with them."