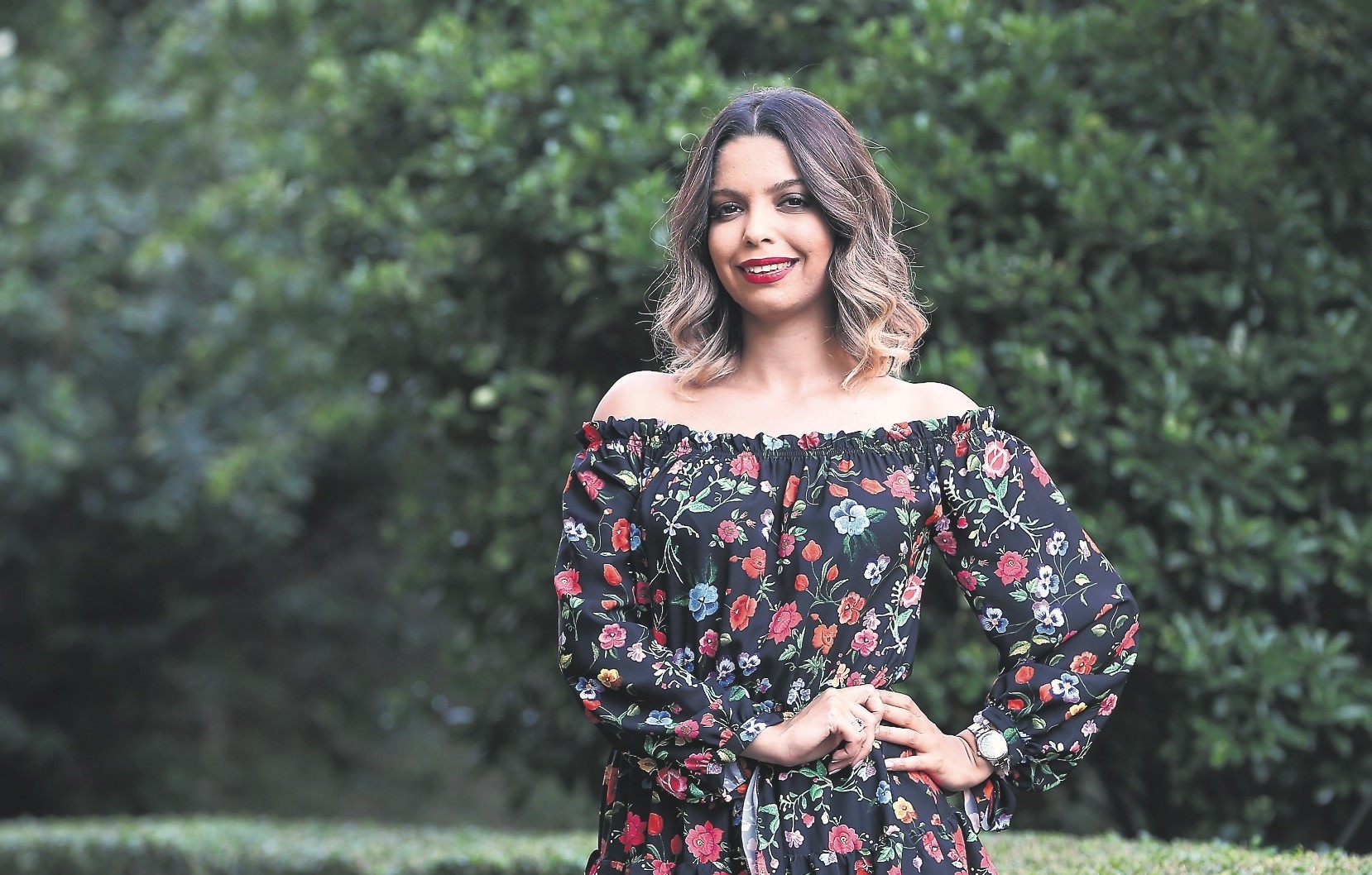 Iranian-born singer Yashna, who learned Turkish on her own, writes Turkish songs, as the language enables her to express her feelings better

Yashna is an Iranian-born singer who lives in Turkey. Completing her university education in India for four years on pharmacology, she has been living in Antalya province for about two years. The Iranian singer says, "I have not abandoned my language and country spiritually behind. I keep making Turkish songs because I feel that Turkish songs are closer to my own feelings."

Becoming interested in music in her childhood years, Yashna took the stage in Dubai after she developed herself in dance and performance after her university education.

Continuing her professional works after releasing a Farsi single titled "Ye Ombre" in her country, Yashna lately released her single "Mucize" (Miracle) with lyrics of Şebnem Sungur and music of Serdar Aslan.

The video of the song arranged by Erhan Bayrak was shot by Gülşen Aybaba in 18 hours.

'I learned Turkish by myself'

Speaking to Anadolu Agency (AA), Yashna noted that she loved Turkey since her childhood.

She returned back to Iran after her university years in India and worked as a flight attendant there for a short time. She then went to Dubai to follow her dreams. "I took the stage there for five years. But this was not enough for me. So I returned to Turkey," said Yashna.

Iranian singer Yashna participated in a song contest held in Turkey in 2015.

"I loved Turkey since I was eight years old. I always listened to Turkish songs. That is why I chose Turkey to live in and I love making songs in Turkish. My parents are Iranian and their language is Farsi so I learned Turkish on my own," noted Yashna.

'I want to make an international album'

Along with songs in Farsi and Turkish, she also sings in Arabic and she has started learning Russian. Yashna wants to make an international album soon with English songs, as well.

The singer pointed out that her single, "Mucize" ("Miracle"), released at the end of June under Z7 Production label, was welcomed by music lovers and added she is working on another song to be released soon.

Noting that she likes Turkish music, Yashna said that she is extremely pleased to listen to Turkish songs. "There is a strong music scene in Turkey. Turkish words describe my feelings better," noted the artist.

Noting that it is forbidden for women to sing in Iran, Yashna said she hopes that this changes soon. She also added that it would be an honor for her to sing in her own country.

Highlighting that the music market in Turkey is very hospitable, Yashna noted that in Iran mostly video clips are preferred than the music itself. "What does the music say? What do the lyrics say? It is so important but because videos are visual, they are more popular in Iran," added the artist.

She also thanked everyone whether or not they supported her.

"Hopefully, there will be no discrimination in terms of nationality in art. We need to support if a Turk wants to sing in Farsi. In the past, Emel Sayın also sang Farsi "Gole Sengem," which was stuck in our memories for a long time. Spiritually, I have not abandoned my language or my country. I keep making Turkish songs because I feel that Turkish songs are closer to my own feelings. Of course, they will hear more songs from me in Farsi soon," the artist completed.