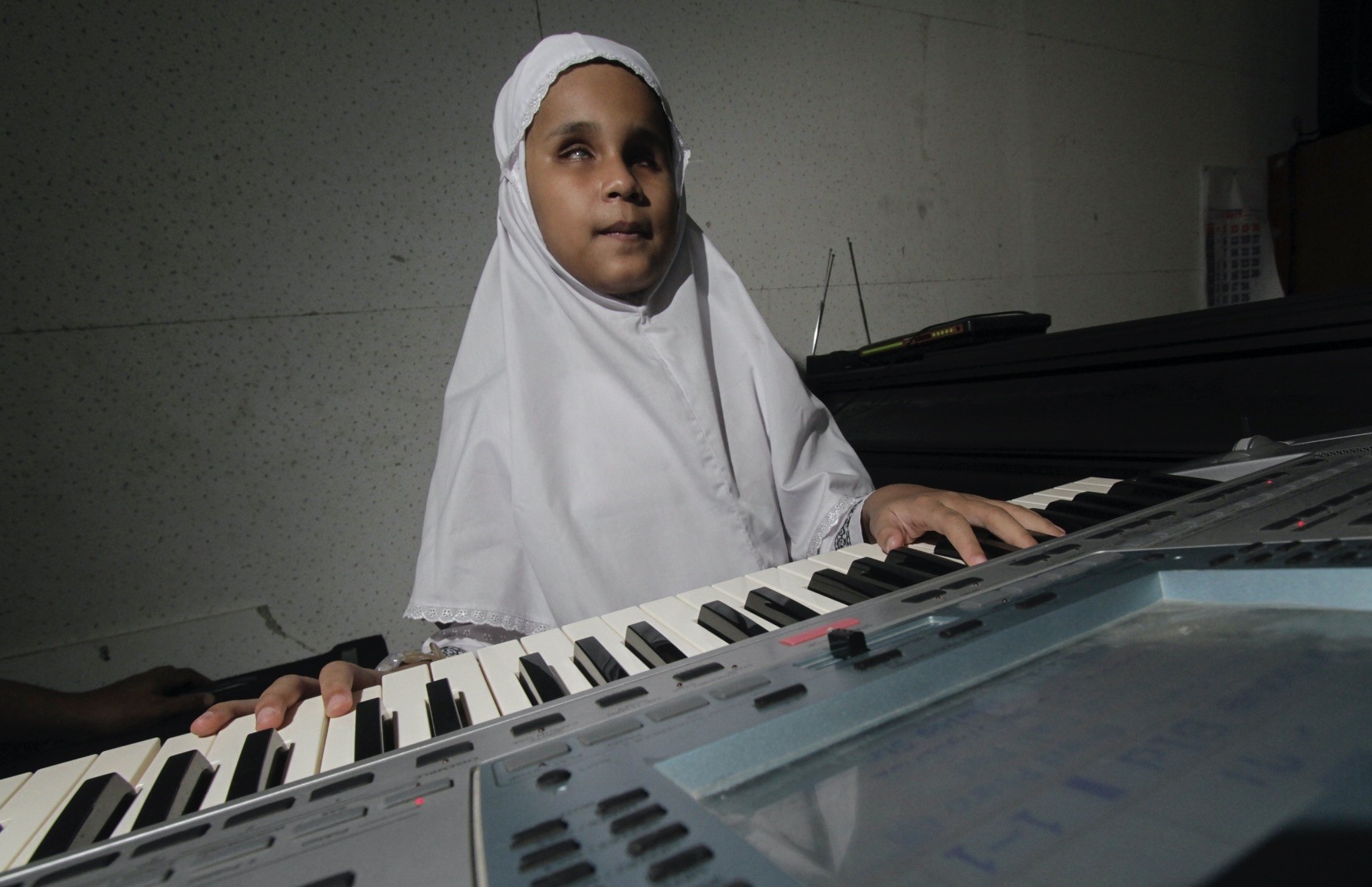 In a music room in the Pembina Extraordinary School in South Jakarta, a 10-year-old visually impaired girl was seen playing an instrument. She played skillfully as if she could see the keyboard.

Allafta Hirzi Sidiq, who is also known as Zizi, was playing piano while singing Louis Armstrong's "What a Wonderful World."

What makes it even more mesmerizing is that she played that song with her own arrangement. "I really love arranging songs," she told Anadolu Agency on Friday.

Despite her limitations, she has achieved many things. Last year, Zizi earned herself a gold trophy during the Asian Art Festival in Yong Siaw Toh, Singapore.

It is a huge leap for her since hundreds of participants from 13 countries entered the event. At that time, Zizi played her own arrangement of the "Pinocchio" soundtrack song "When You Wish Upon a Star." 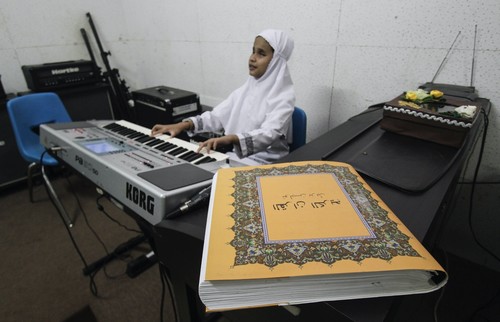 Along with playing piano and creating arrengements, Zizi loves to read the Quran.

She was also awarded the Diamond Award in the 2017 Indonesia Piano Festival and became a champion at the 2017 National Festival and Art Competition. Earlier this month, Zizi challenged herself by participating in "Asia's Got Talent" in Singapore. During the audition, she played her arrangements of Andrea Bocelli's "Time to Say Goodbye" and Calum Scott's "You Are the Reason."

Not only that, Zizi, the daughter of Nur Afifah and Jafar Sidiq, also gets high grades in school.

Birth of a piano prodigy

Nur Afifah never thought that her newborn daughter would be blind. In her fifth month of pregnancy, Nur suddenly had excessive bleeding. At first, the doctor predicted that her baby would not survive. Fortunately, 900-gram baby Zizi was born, alive and well.

As her daughter turned seven-months-old, Zizi had a high fever. The doctor diagnosed it as Retinopathy of prematurity (ROP). The disorder eventually led to lifelong vision impairment.

After that, Nur fell into depression. She and her husband barely accepted their fate. For about three years, Nur locked herself in their house. "At that time, I really wanted to die," said Nur, as she remembered those hard times.

Three years later, after reading a book written by Miyuki Inoe, Nur started to collect herself. She said that the book gave her much needed strength. Since then, Nur kept herself busy by reading books or references about developing the potential of visually impaired children – as many as she could.

Nur encouraged her daughter to learn music by letting her listen to a lot of musical instrumentals. Three-

year-old Zizi became interested in playing the instruments, especially piano, which made Zizi totally invested soon after. Nur also revealed that her daughter learned to play music instruments all by herself.

Two years later, Zizi participated in a music competition where she earned public recognition as a blind child pianist. At the age of 7, Zizi learned to play piano from pianist Elise Widirastri. Since then, her skill keeps improving more and more.

From music arrangement skill to a beautiful voice, Zizi really has it all.

Zizi is even good at storytelling. Recently, she won first place in the Jakarta Literacy Competition. If everything goes right, she may participate in a similar event in upcoming months.

Zizi also loves to learn the Quran. Every day after Maghrib prayer, Zizi reads several verses of the Quran and memorizes them. Every Thursday night, Zizi reads Surah Yasin and prays for her family and friends.

Triyanto Murjoko, head of the Pembina Extraordinary School, said he is proud of Zizi's achievements. "Every child with disabilities has their own talents. If we truly support that, they will eventually flourish," said Murjoko. Meanwhile, Zizi revealed that her ultimate dream is to sing "Make You Feel My Love" with British singer Adele. To make it happen, she pushes herself to do her best as a pianist.