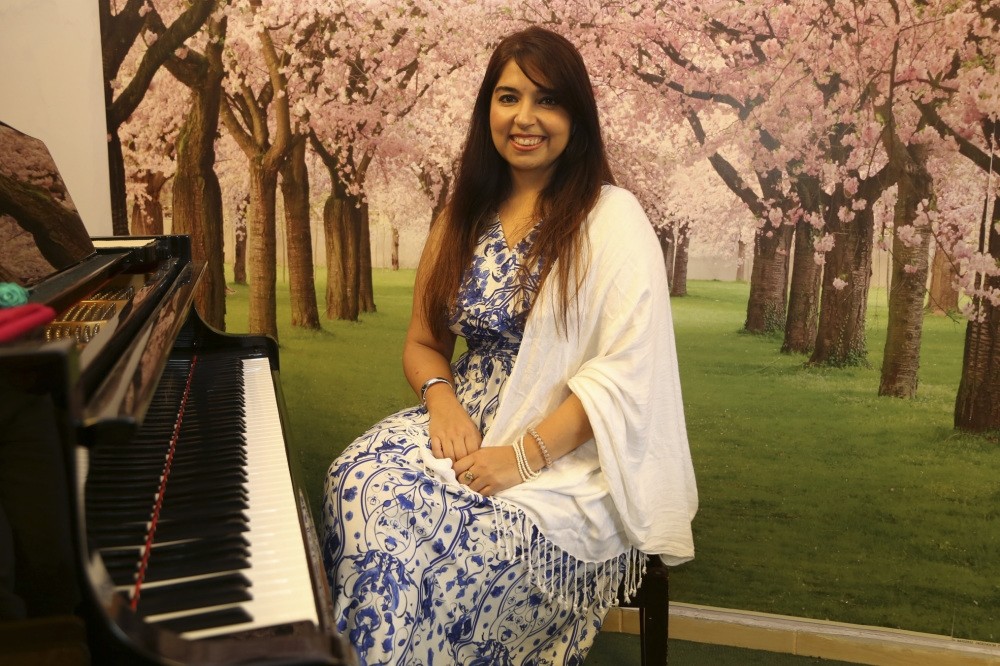 Turkish-origin Ayşe Göknür Shanal, one of the leading opera singers in Australia, said that there is huge potential for her profession and ballet in Turkey.

If done right, she said that it will create a lot more diversity in the country's opera and ballet scene.

Shanal spoke to an Anadolu Agency (AA) reporter in her home town in Mersin, and noted that while she was raised in Australia, her primary school years were spent mostly in Mersin and Antalya provinces.

She added that while she has given many concerts in Australia and many countries throughout the world, she has met with music lovers in İzmir and Mersin too.

Shanal said she is following the developments in Turkey in opera and that she finds the General Manager and General Art Director of State Opera and Ballet Murat Karahan very successful.

"He represents our country and this art very well in Europe. I try to do the same in my own way. I will be touring the U.K., Scotland and Wales in September and October. I do not go there just as an Australian artist. They see my Turkishness when they look at me. It is obvious that I am an immigrant Australian and a Turkish descendant. I never avoid this identity. I represent both our identity and the way we are our people," she said.

Ayşe Göknur Shanal, noting that opera artists do not use a microphone, said, "We can send our voice to the other side of the room with an orchestra of 100 instruments without using a microphone to a crowd of 3,000 to 4,000. This creates great excitement in the audience," she continued.

Shanal added that as the public gets to know opera, their interest increases even more and that she has seen this at the 16th Mersin International Music Festival last year.

She further stated that after one of her concerts, one of the audience members said that they would maybe turn it off if they heard it on the radio but felt so much when they heard it live and would like to hear it again.

"The concert of 1.5 hours that day was not enough. Once you get the taste of it, the rest comes. The opera and ballet potential is really high in Turkey. If benefited from, I believe Turkey's opera and ballet will contribute a great deal to the world. More prospects have to be open," Shanal said.

She further stated that she wants to give more concerts in Turkey and is ready to visit wherever the music invites her.