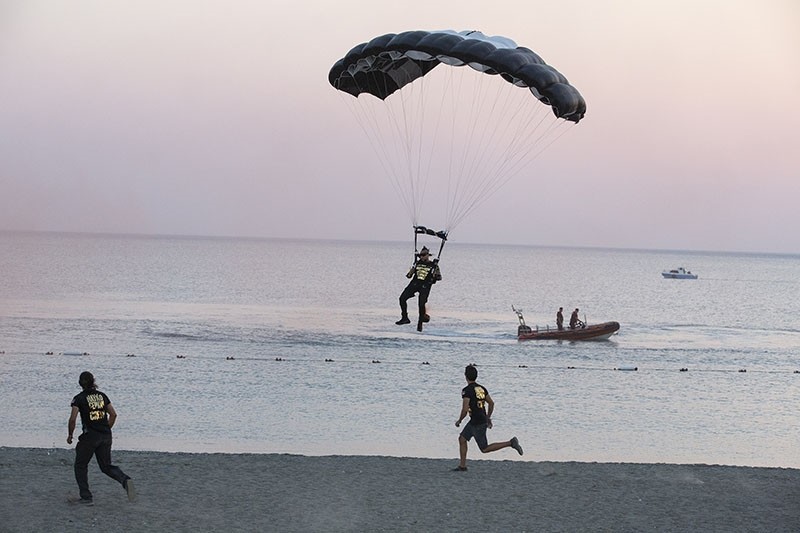 Scheduled to perform at the Zeytinli Rock Festival, Cepkin fulfilled his longtime dream of jumping out of a plane to kick start his concert. Cepkin stated that the stunt was made possible and sponsored by the Turkish Aeronautical Association (THK).

"By doing this, I have kept the promises that I have made to my fans and to myself for years," he said.

Cepkin – whose genres range from heavy metal and Anatolian rock to industrial and post-hardcore – is one of Turkey's iconic rockers. Known for his stage presence and brutal vocals as well as his personal style, he is an act to catch. Cepkin has released five albums, including the most recent Beni Büyüten Şarkılar in which he gives his own twist to well-loved Turkish song classics.

One of the most prominent advocates of extreme sports in Turkey, parachuting in particular, Cepkin settled in the Selçuk district of western Izmir province in 2013 and operates a camping business in the Şirince village. Other that taking a break from busy Istanbul, this move also allows Cepkin to pursue his passion for parachuting more frequently since the small-scale Selçuk Ephesus Airport located in the district is one of the four training and flight bases allocated for the THK, a non-profit organization responsible for promoting and facilitating civilian aviation and air sports in Turkey.

Sometimes called "Turkey's Woodstock," the annual Zeytinli Rock Festival held in a small town on the Aegean coast is the country's largest gathering of rock, world and alternative music productions. The event draws well over 100,000 concert-goers each year.