Despina Vandi: Life is good, you should get one 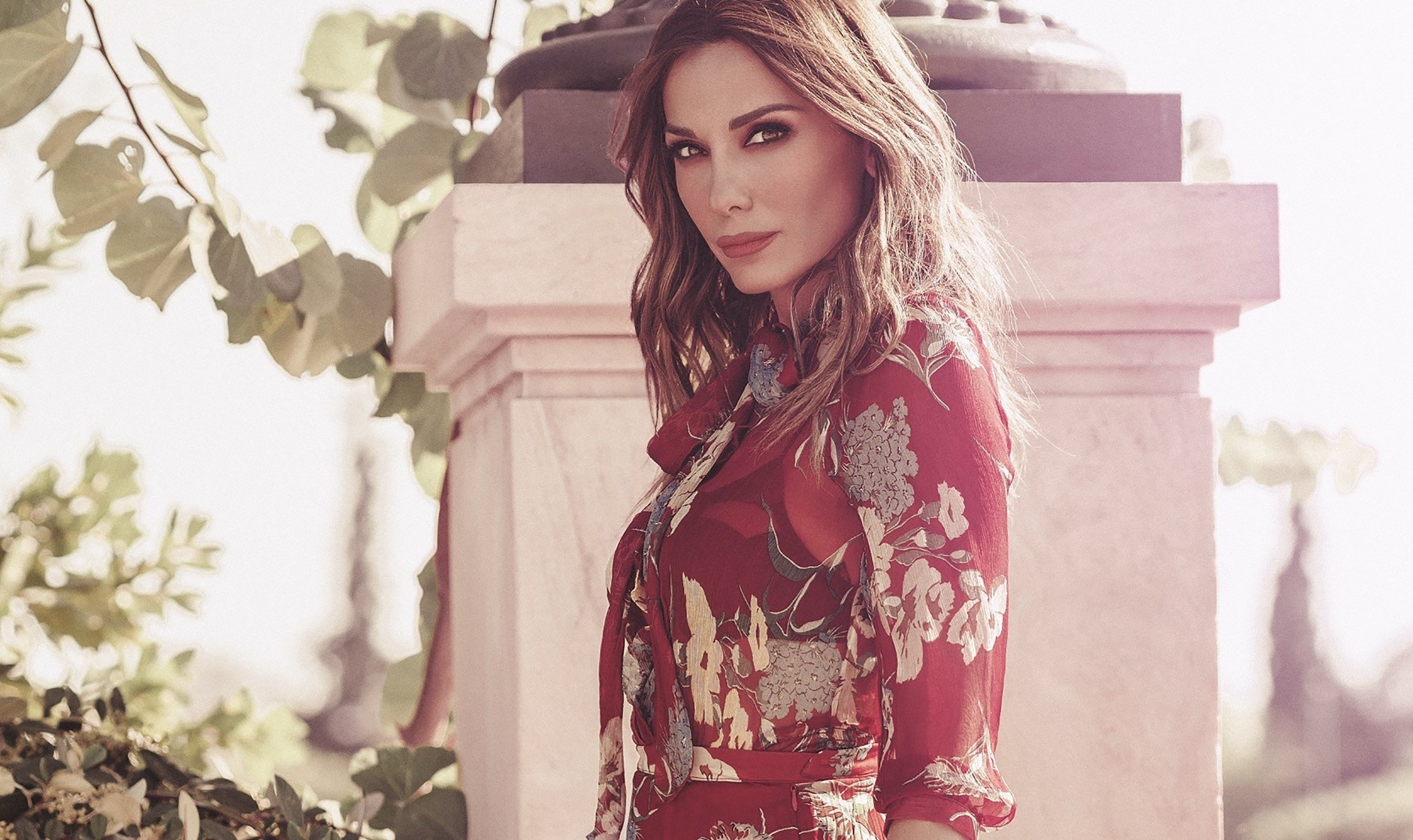 Having achieved considerable fame in both Greece and abroad, Despina Vandi will light the Aegean fire on an Istanbul stage on Monday, Sept. 17

Despina Vandi, born in 1969 in Tübingen, Germany and raised in Greece, is a world-renowned, popular Greek singer. She began her music career in the early '90s and for over two-decades is considered to be one of the top pop music stars and celebrities in Greece with her multiplatinum records, 25 awards and 10 international hits. She was the first Greek singer to reach the top of the U.S. Billboard Hot Dance Airplay with her CD Single "Gia." Vandi is without a doubt one of the top performing artists in Greece that has succeeded beyond the country's borders.

Vandi received her first international award back in 2000 from Virgin Megastores' manager in London for the top selling CD single of all time in Greece "Ipofero." A year later, she became the first Greek artist to receive the World Best Selling Artist award at the annual World Music Awards in Monte Carlo for her studio album "Gia," which went platinum four times in just 11 days after its release and still is one of the best-selling albums of all time in Greece. Vandi also received awards for the same studio album in Portugal and for the second album-single titled "Opa Opa" in Russia. A number of noteworthy commercial successes followed with multiplatinum album releases, sold out tours in Europe, the U.S. and Australia, and collaborations with international DJs and producers such as Armand Van Helden, Milk & Sugar, Nick Skitz, Roger Sanchez and the German electronic music producer Schiller in the song "Destiny" for his golden album "Sehnsucht."

In 1999, Vandi made her first acting appearance by being a guest-star in one of the most popular prime-time TV shows in the Greek television, "Dio Kseni," earning the public's immediate affection. In 2013 and 2014, she became the TV co-hostess of the Eurovision Greek finals alongside Giorgos Kapoutzidis. Between 2014 and 2015, Vandi was one of the coaches for the popular TV talent show "The Voice of Greece" and landed the win as a coach in the first year. A year later, she hosted, with massive success, the sixth edition of the popular music-fashion event in Greece, "MadWalk," while at the same time being a judge on the talent show "Rising Star of Greece."

Vandi has also been followed by the media and fans as a fashion icon and started her own line in 2016. During that year, she also starred for the first time in a musical, "Mamma Mia," which returned for another successful sold-out year.

Despina Vandi will perform in Istanbul at Harbiye Cemil Topuzlu Open Air Theater on Sept. 17. Daily Sabah conducted an interview with Vandi on her musical career and inspirations.

Having fed her soul with Greek music in her childhood, Vandi's music is undoubtedly inspired by those memories. "I remember all the songs that my parents listened to at our house, such as Stelios Kazantzidis, and afterwards my sister's CDs by Yannis Parios, Charoula Alexiou and Manos Loizos. I listened to rock music during a small period of my life. The first song I remembered that I was singing was "Ain't Nobody" by Chaka Khan," she noted.

PATH TO BEING A SINGER

"We were a family that sang a lot. All the members of my family had good voices. I decided to become a singer when I officially entered in the music industry for the first time in 1994. Now what other things I would make if I weren't a singer? I believe that I might make a lot of things, there are many things that make me cheerful... And if I decided to do those, I believe that I would have accomplished. Singing, however, makes me happy; the contact that I have with my audience is irreplaceable," she said about her journey to becoming a singer.

Vandi further mentioned the turning points in her musical career: "I have lived a lot of beautiful moments through my work, and many of them were during the years I presented my songs in the Rex Music show. I consider that each live appearance has the charm of something different; we built a relationship with the world. I have lived a lot of beautiful moments. I especially remember my concert in the Lucabettus Theater that one of the most central streets of Athens was closed and hundreds of people flooded from the world."

"I remember when I traveled worldwide for the promo of my song "Gia." I met and worked with different producers from Russia, Germany, Portugal, America and that tour was different. I can only remember beautiful moments through my work since I am a happy person. Our trial, our work is not a work that it can leave you bitterly feelings. The moments where I meet with my audience are the moments that I love most," she remembered happily.

Like many others musicians, performers and artists, Vandi remembers her first stage performance. "I remember the very first time I entered the stage. It was many years ago when I was a student in Thessaloniki University. At the same time, I started singing and I was very curious because the music industry was not my favorite for me. It was a foreign situation at that moment, but it was also a kind of magic. That feeling scared me because I was feeling charmed and afraid at the same moment. A lot of work needed in order to exceed my fears. I have to admit that until today each time I step on the stage, I feel stressed," she said.

Passion, harmonizing different music genres and telling stories about love are the common features of Aegean and Mediterranean singers. She is fed by Aegean passion in terms of her music. "When you speak for love or for passion or for the life, generally we - Aegean, Mediterranean singers - have much more different approach, more intense, more dramatic that the music from us can wake up all your sentiments. I consider that there are particular characteristic in Mediterranean populations that music can speak to your heart even when you listen a few seconds of the music, without listening to the lyrics. In this kind of a situation, the music can take you to a travel, journey," she explained.

Clinging on her motto "Life is good. You should get one," Vandi is keen on her family, apart from music. "My family for sure is the most precious part of my life. At the same time I cannot overlook music which makes me happy each time I sing. If I had to choose among this definitely, I would choose my family," she concluded.