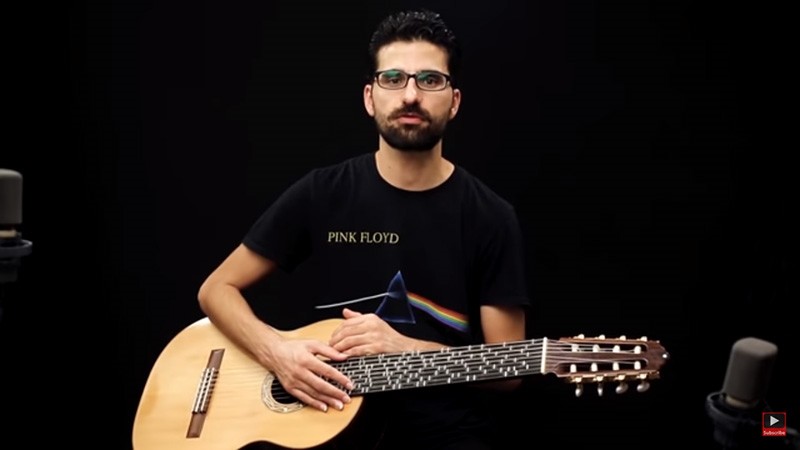 Tolgahan Çoğulu, a Turkish musician known for his own adjustable microtonal guitar, has petitioned Japanese billionaire Yusaku Maezawa to be one of the first artists to join him on his journey around the moon in SpaceX's rocket in 2023.

Online fashion tycoon Maezawa was revealed as SpaceX's first tourist to circle the moon in September and announced plans to bring six to eight artists along.

In a video posted Sunday, Çoğulu suggested the 12 semitones commonly used in earth music – including Frank Sinatra's "Fly Me to the Moon" and Beethoven's "Moonlight Sonata" – are "unnatural" and out of tune with the tones of the universe.


"Once we are out of our planet, on our way to the moon, I think we have to follow the musical rules of the universe and nature," he said in the video, later elaborating on these rules.

He told Maezawa that, with his microtonal guitar on board, he will be able to play music that is in tune with the universe, perhaps make music with other artists on board, and record sounds inside and outside the space shuttle.

"Who knows, there may be some reaction to our first trip from something in the universe," he said.

Çoğulu said he plans to make a musical "creation" from the seven-day journey after returning to earth.

The 40-year-old musician created his microtonal guitar while completing his Ph.D. at Istanbul Technical University, in order to be able to play in natural tones – which he defines as any tone less than a semitone.

Çoğulu has been awarded in the U.S. and Turkey for his distinctive repertoire that features arrangements played on his microtonal guitar of Ottoman maqam music and Anatolian folk music.

Maezawa and his team will be the first lunar travelers since the last U.S. Apollo mission in 1972. He paid an unspecified amount of money for the privilege.

The 42-year-old said his love of art led him to decide to invite artists to come along for the trip.

He said he would like the artists to represent a wide range of art and could include a film director, painter, dancer, novelist, musician, fashion designer, sculptor, photographer and architect.

"They will be asked to create something after they return to Earth. These masterpieces will inspire the dreamer within all of us," he said.