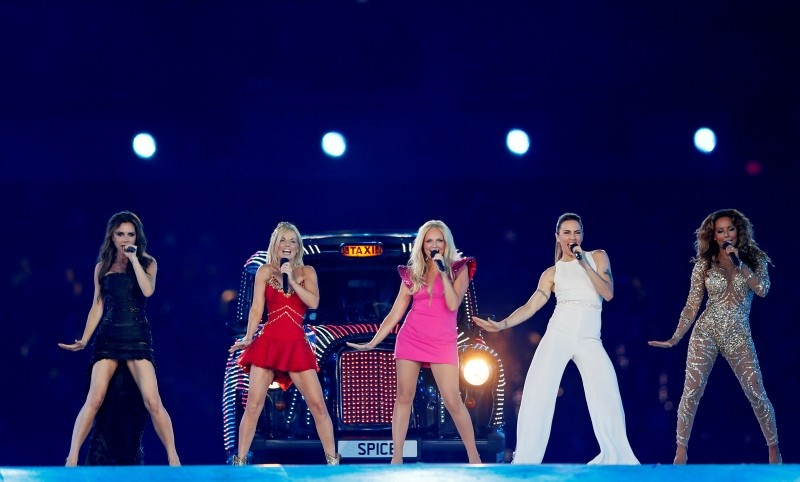 British pop band spice girls said on Monday they would reunite for a British tour in June although there was no mention of whether Victoria Beckham would take part.

"Breaking Spice news... Tickets on sale Saturday 10.30am," the band said on Twitter.

The "girl power" band members confirmed in February that they planned to work together again on "new opportunities," almost two decades after they split up.

In a video accompanying the tweet, there was footage of each member apart from Beckham above a ticker headline: "Friendship never ends: Spice Girls announce shock UK tour."

"It's just the four of us that are fully confirmed," Mel B told ITV's "Loose Women" show. "But ... Vic might join us at some point."

The Spice Girls shot to fame in 1996 with the single "Wannabe" and went on to have a series of number one hits including "Who Do You Think Are," "2 Become 1" and "Viva Forever." The band even made a film, "Spice World."

In 1998, Halliwell walked out and the remaining members went their separate ways after releasing the album "Forever" in 2000.

After their split up in 2000, they reunited for a tour of Europe and the United States in 2008 and last performing together at the Olympic closing ceremony in London in 2012.