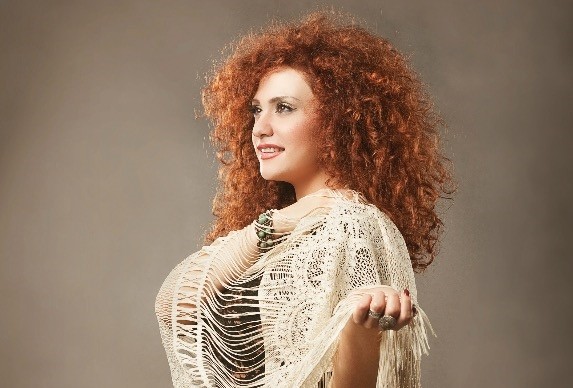 World music singer Lena Chamamyan, who gave her first concert when she was 5 years old in Damascus, where she was born, will perform at Cemal Reşit Rey Concert Hall on Dec. 7

Chamamyan blends traditional Arabic and Armenian songs and instruments with Western classical music and instruments without making any compromises to the music's spirit and improvisation. The music genre that most influences her - apart from Sufi and Indian music - is Turkish folk music, as she says, "My father used to listen to it."

Lena's father was from Kahramanmaraş and her mother from Mardin, and she began her musical career when she was five years old upon her teacher's discovery. The Syrian singer's professional debut was the album "Hal Asmar El-lon" in 2006. With this album, she received the Cultural Resource Award in Egypt and the Radio Monte Carlo Middle East Music Award. For her second album "Shamat," she collected traditional folk songs from the Levant as in her first album. Her third album "El-Banat" made her one of the rare female musicians in the Middle East who writes, produces, plays and sings.

She received five stars as a "world music singer" in Austria in 2008, and she was ranked among the 500 most influential Arab figures in Arab society by the Arabian Business Journal in 2010. Besides singing, Chamamyan writes song lyrics and works as a producer.

Chamamyan produced classical music with Gloria Scalchi and Carmen Villata, world music and jazz music with legendary names such as Meredith Monk and Manfred Leuchter, and Armenian classic music with Arax Tchekidjian. She has also reached larger audiences by producing soundtracks for various TV series and movies. Lena has been working on Western music recently with composer and pianist André Manoukian in Arabic, Syriac, French and English.