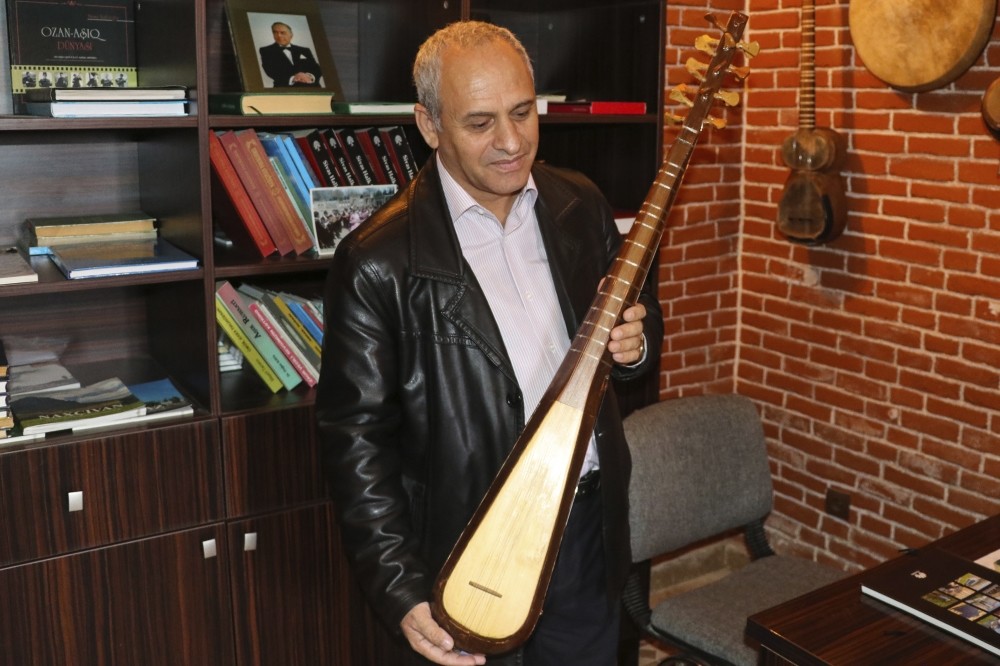 Folk musician İhtiyar Seyidov, from the Nakhichevan Autonomous Republic of Azerbaijan, has developed a musical instrument that incorporates the saz, tambour and çeng in one. "I call it the 'Turkish World Union' because the instrument represents the common root of the different Turkic republics," Seyidov said. His instrument has attracted a great deal of attention at the Ancient Musical Instruments Museum in Nakhichevan. The stringed instrument is similar to qanun and played while held in a vertical position.

Seyidov has worked the museum's workshop for over 30 years, restoring old instruments. Seyidov presented his instrument to the visitors in a small concert. Speaking to Anadolu Agency (AA), Seyidov said, "I believe that this instrument is the symbol of unity in the Turkish World." He added that the instrument has attracted a great deal of attention from visitors, especially from those of Turkish origins.

Seyidov expressed his pleasure at the people's appreciation for the instrument. "I combined the most popular three-stringed Turkic instruments in one instrument and presented it to the world."

"I wanted to develop a new instrument and give a message of unity at the same time," he said, adding that "I want all the Turkish nations to act in unity and solidarity. In this sense, I developed such a musical instrument in the name of the unity of Turkish nations." He pointed out that music holds an important place in the Turkish world and said: "Whenever a visitor of Turkish origin visits the museum, I show it to them and perform for them. Everyone loves it and take photos of it. I become very happy when visitors first want to hear the saz."

'I'm very surprised to see the three instruments in one'

Erhan Hacısamıoğlu, a visitor from Turkey, said that he was really impressed by Seyidov's instrument. He said that the people of Azerbaijan have appreciated art and Turkish culture throughout history. "This is the first time I've come across a three-dimensional saz. I want to congratulate Seyidov. I also have a great interest in ancient musical instruments. I played tar for a while. It's great to see three instruments of our culture [combined] in one. It is very interesting to see one musician perform using three different instruments."