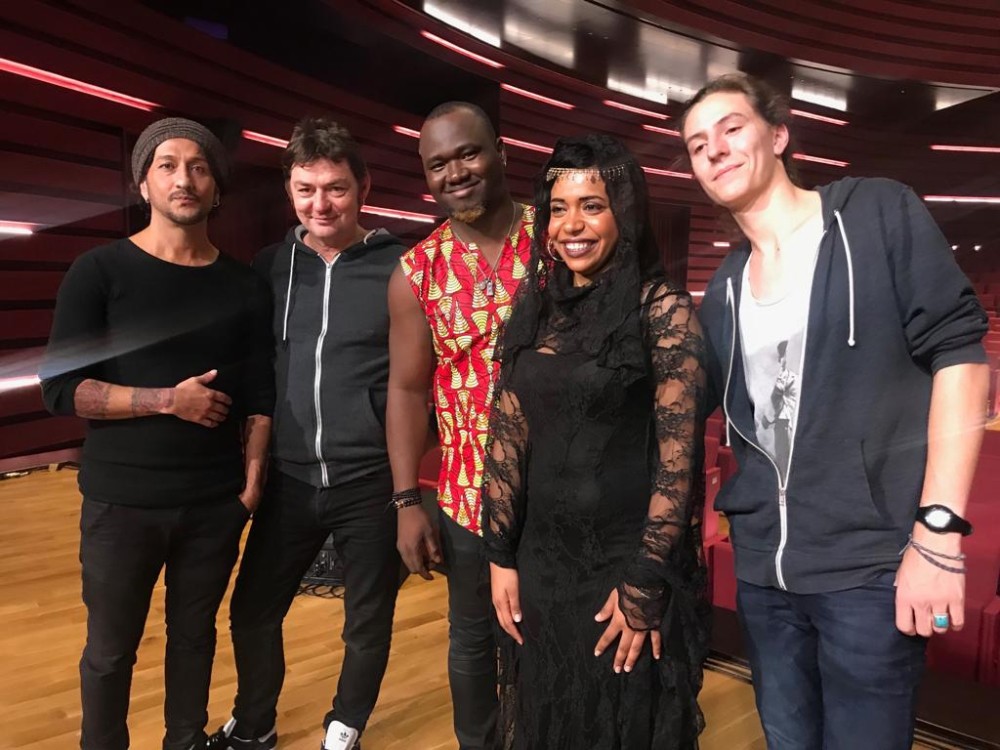 Comprised of Mexican, Egyptian, French and Algerian musicians, world-famous music band Orange Blossoms, who came to Turkey for the second time for their concerts in Konya and Ankara provinces, talked about their admiration for Turkish and Sufi music.

The members of the band, who reached a large fan base in Turkey with their song "Ya Sidi," which is being used as a soundtrack in the "Çukur" ("The Pit") TV series, spoke to Anadolu Agency (AA) after they gave a concert at Selçuklu Congress Center in Konya.

Preparing samples of the band, who blends the traditional melodies of the East by combining electronic music with Middle Eastern and African musical traditions, Mexican musician Carlos Robles Arenas said that he came to Turkey for the second time while it was his first time in Konya. He is the percussionist and drummer of the band. The artist stressed that he loves Konya and Turkey and wants to come again the first chance he gets. They aim to see different cultures and lives and then reflect these in their music. Noting that the vocalist of the band is Egyptian Hend Elwary, Arenas mentioned that their music has a soul which is in touch with Arabic tunes.

"Our music has a soul like Spanish Flamenco and Turkish music," he continued.

'We should live together'

Drawing attention to the fact that the members of the band come from different cultures, Arenas remarked, "This is a combined music. The world and life are something like that. In Paris, London and Istanbul, many people from different cultures and countries live together. We reflect this situation to our music. People always copy American music, including blues, rock and pop. However, we went out of this frame. We created our own music, combining different cultures and traditions. Ours is a traditional and ethnic music. It features history, culture and identity. We need to change the world. The politics in the world does not advance in a good way. We should have the ability to live together."

Explaining that the members of the band like listening to Turkish music and they often listen to it together, Arenas stated, "Turks have a perfect historical music. I love the sound of the ney and whirling dervishes. The sound of the saz also impresses me very much. Sufi music is mesmerizing and I know that it is the center of Turkish music."

'I listen to Turkish music in Egypt'

The vocalist of the band, Egyptian Hend Elwary explained that she came to Turkey for the first time and really liked it.

"Turkey is a beautiful country. The listeners are so exciting here. I like the country very much and want to come again. I know Turkish music and listen to it in Egypt as well," she said, noting that she is a fan of Turkish and Sufi music. Elwary often performs barefoot on stage, and with her authentic voice she always gets a standing ovation from listeners. "Performing barefoot on stage gives me positive energy. I like it and I think it reflects on my performance," she added.