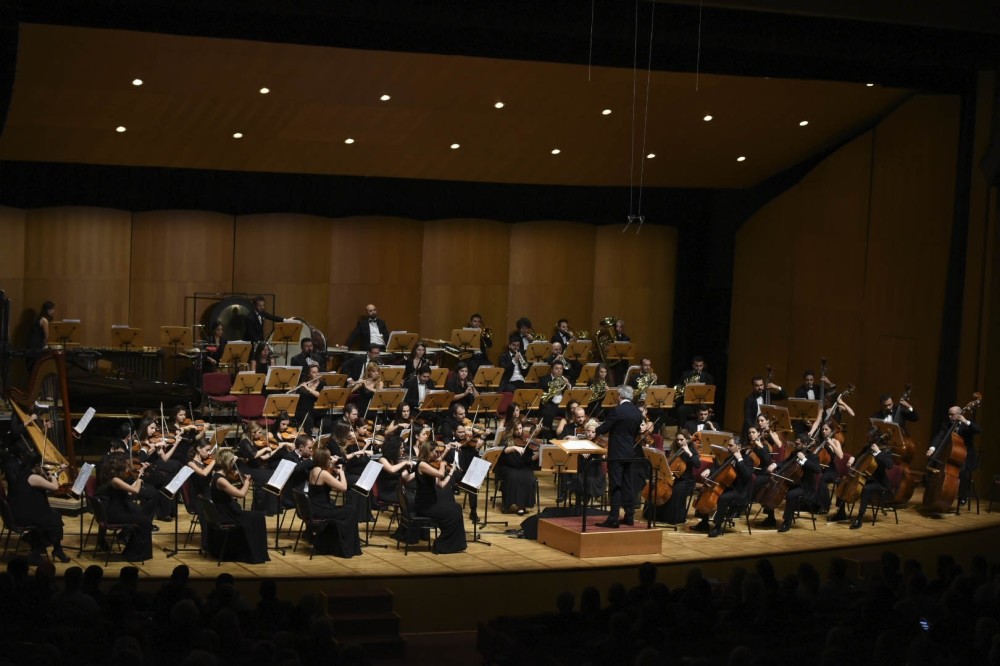 Emphasizing the integral, historical and cultural ties between Turkey and Azerbaijan with the saying "one nation, two states," Heydar Aliyev, the founder of the State of Azerbaijan, will be commemorated on the 15th anniversary of his death tonight with a concert at Cemal Reşit Rey Concert Hall (CRR).

In the concert, which CRR Symphony Orchestra will perform under the title of "One Nation Two States," Azerbaijani folk songs and melodies will meet music lovers. Mustafa Mehmandarov will conduct the orchestra at the concert, which will start at 8 p.m. Berk Dalkılıç, Tutu Aydınoğlu and Perihan Diana Nayır will perform as soloists along with Azerbaijan State Artist Azer Zeylanov at this event. In the commemorative concert, CRR Symphony Orchestra will present Uzeyir Hajibeyov's "Koroghlu" and "Arshin Mal Alan" ("The Cloth Peddler"), the piano concerto on Arabian themes by Elmira Nazirova and Fikret Amirov, Soltan Hajibeyov's "Karvan" ("Caravan"), Emin Sabitoğlu's "Shukriyye," Qara Qarayev's "İldırımlı Yollarla" ("The Path of Thunder") and again Amirov's "The Legend of Nasimi" as well as Azerbaijani folk songs.

Heydar Aliyev led the official border gate between Turkey and Azerbaijan, opening the "Umut Bridge," meaning the Bridge of Hope, which is also called "Hasret Bridge" (Longing Bridge), between 1991 and 1993. The bridge connects the Dilucu and Sederek customs checkpoints over the Aras River. He uttered the statement "One nation, two states," during the opening ceremony and reminded people that the two states have inseparable historical and cultural ties.