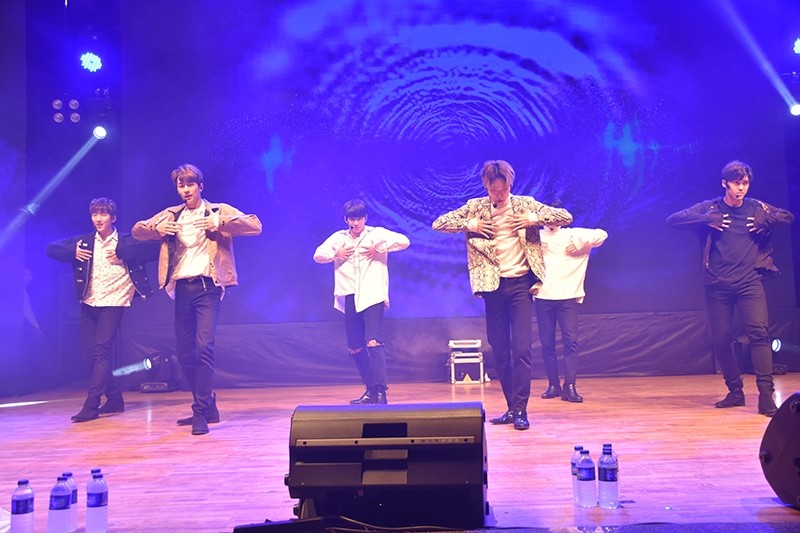 Members of South Korean boy band Myteen praised close and brotherly ties with Turkey during a visit to the capital.

Speaking to Anadolu Agency in Ankara where they performed at K-Pop Festival, Eunsu, 21, rapper of the group, said: "Turkey is a very beautiful and very clean place. Having brotherly ties with such a beautiful country makes us very happy."

"We would be very happy if we have a chance to come here again," Eunsu added.

Kookheon recalled Turkey was one of the countries which sent the most soldiers during the 1950 Korean War.

"If Turkey faces a difficult situation and something happens then we also can help, we would also be delighted to help."

With 966 fallen soldiers, Turkey is ranked third in terms of the number of fallen soldiers among 16 countries that participated in the Korean War, according to the Turkish Foreign Ministry.

Regarding the growing interest in K-Pop, Eunsu said: "Turkish fans listening to us and loving us lead other people to love us as well."

"We will come to Turkey and give a concert again," he added.

Eunsu also expressed his love for the Turkish cuisine, saying they had only eaten kebabs after coming to Turkey.

Hanseu added: "The kebabs here are very different from the ones we eat in Korea. They are more traditional and have different styles."