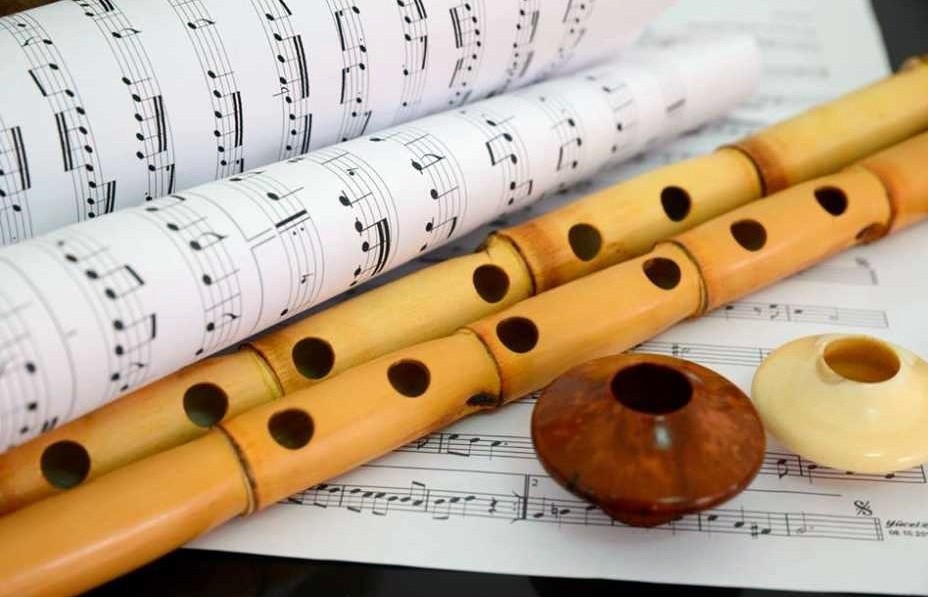 One of the oldest musical instruments in existence, the ney is made from a single nine-section reed and has seven finger holes.
by Anadolu Agency Dec 21, 2018 12:00 am

The ney, a wind instrument made of yellow reed, produces a uniquely peaceful and tranquil sound. It is also an indispensable part of Mevlevi music

The ney is one the most important instruments in Turkish musical tradition. Its seven holes are often interpreted as "yedi esma" (seven names) in Sufism. Its music evokes a sense of peace in its listeners.

The word ney comes from the Persian word "nay," which means reed. Ney players are called "nayi" or "neyzen" in Turkish. The ney is one of the oldest musical instruments in existence and is usually made after the inside of a single reed with nine segments is emptied and seven holes or pitch are drilled into it. Then a bracelet made of gold, silver or brass, called a "parazvane," is fitted on each end the ney.

Professor Ali Temizel, director of Mevlana Research Institute at Selçuk University (SU), told Anadolu Agency (AA) that there are many legends about the invention of the ney. One of the stories claims that Ali could not stand the spiritual weight of the divine love's mystery described to him by Prophet Muhammad (Peace Be Upon Him). "So he shouted that secret in a waterless well and the secret spread through reeds whenever the wind blew through it," Temizel said. 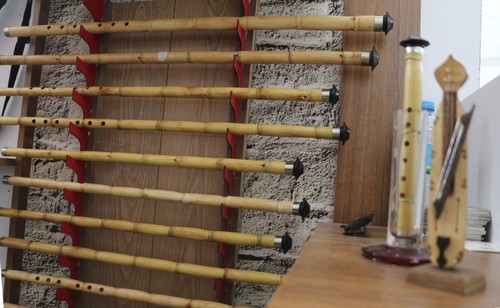 The seven holes on the ney are interpreted as "yedi esma" (seven names) in Sufism.

Rumi's "Masnavi" starts with "Hearken to the ney... " and its first 18 couplets talk about the instrument. This gives the ney an important place in the Mevlevi order. Therefore, it is known as "nay-ı şerif" (blessed ney) among them. In these couplets, the story of man's departure from the original self is first pointed out. In this story, it is said that a person who has never left cannot understand the reality of separation. Everyone is connected is to their original form in the Sufis' telling of this story, and everyone is looking at their intellectual side through their own windows and with their own capacities; thus the appearance or form of people's emotions and thoughts are told in the reflection of their words and behavior.

There are many other things mentioned in these couplets: The connection between soul and body cannot be understood. The words of saints are illuminated, as if on fire. Love is in motion in all being. Those who talk about the dangerous paths of love are human beings. The desire for love will never end. The ignorant cannot understand the word of wise people and therefore talking should be cut short et cetera."

Noting that Mevlana associates the ney to intellectual and wise people, Temizel said: "Actually, Rumi pointed out that we should listen to not the ney but ney player by saying 'Hearken to the ney... ' In other words, we have to listen to God, who blows the soul into the perfect human being, to understand and to obey his laws. Everyone was created as perfect human beings. God says, 'We created man of the best stature [mold] then we reduced him to the lowest of the low,' in the Holy Quran's Surah At-tin after swearing on the fig, olive, Moun Sinai and the city of security, Mecca. With the verse 'We reduced him to the lowest of the low,' it is indicated that human beings can be shaped well or badly with the family, environment and other conditions starting from the process that started in the womb. That is, God made human beings the most perfect creature in terms of their soul and physical abilities. Human beings will either be 'perfect people' with their free will using these talents or they will be in the lowest degree of conscious beings and living beings by keeping the opposite direction."

Temizel said that many poets, Sufis and statesman have written poems about Mevlana and the ney. "Karakoyunlu ruler Mirza Cihanşah Hakiki is one of the best examples," he said.