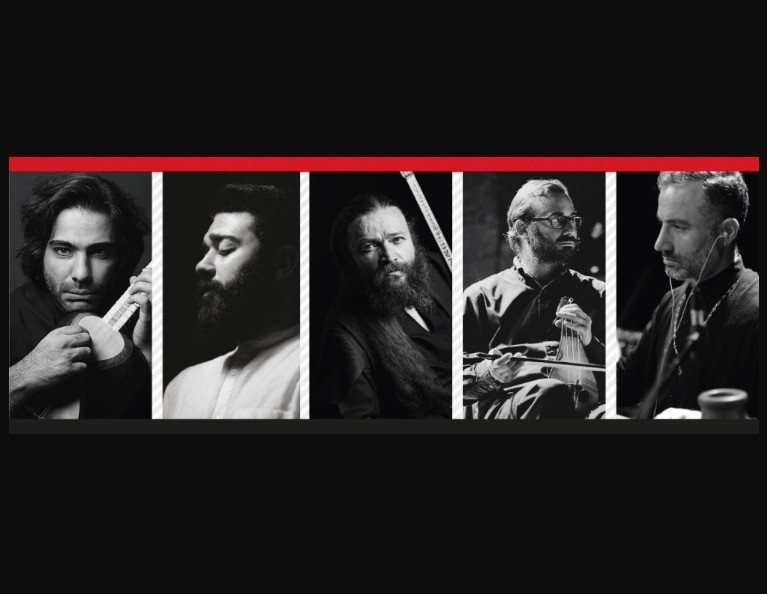 As part of the international project of Coşkun Karademir titled "Tellerin Aşkı" ("Love of Strings"), four master virtuosos will come together at Cemal Reşit Rey (CRR) Concert Hall tomorrow night. The concert, in which Iran's award-winning and productive artist Ali Ghamsari will also take part, will start at 8 p.m.

At the concert, Özer Özel, who is admired for both his voice and performance with tambur (a fretted string instrument ), Coşkun Karademir, who brought our music from the Anatolian geography to the whole world with his bağlama (a type of Turkish long-necked string instrument), Derya Türkan, the world-famous figure of classical kemancha, and Iranian tar master Ali Ghamsari will perform. One of the ethnic percussion masters in Turkey, Ömer Ali Arslan will also be the guest artist of the concert.

Coşkun Karademir met with Ali Ghamsari, one of the plucked saz masters in Iran, during his research on Iranian music, and now has an opportunity to play with him.

Ali Ghamsari is considered one of the most productive composers of his generation among Iranian musicians. Ghamsari's music brings together the traditional Radif style, which is a collection of many old melodic figures preserved through many generations by oral tradition, and contemporary tunes. The artist, who can play many instruments with competence, is considered a master especially in tar, setar, divan saz and guitar. Ghamsari was selected as the Best Musician of the Year by Musicema, one of the most important awards of Iran, in 2014. The artist released 10 remarkable albums to date.