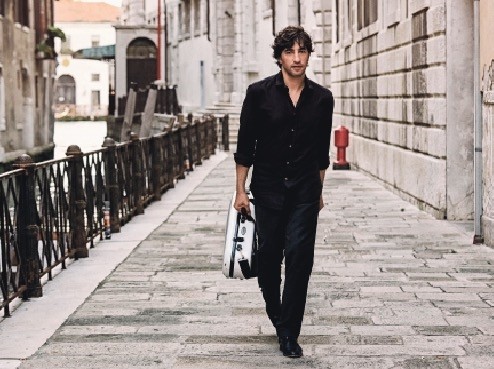 Avi Avital, the first mandolin artist to be nominated for the Grammy awards, will meet his fans at İş Sanat Concert Hall on Jan. 9 accompanied by Cappella Gabetta, one of the important classical music societies. The concert, which will present a repertoire ranging from the Baroque period to 20th century music, will be conducted by significant contemporary violinist Andres Gabetta.

Avi Avital was praised as "explosively charismatic" by the New York Times. Avital began to play mandolin when he was 8. Starting to perform at the youth orchestra founded and conducted by his teacher Russian violinist Simcha Nathanson, he studied on mandolin repertoire with Ugo Orlandi after graduating from Jerusalem Music Academy. In 2010, he became the first mandolin artist to be nominated for a classical Grammy with his performance of Avner Dorman's mandolin concerto.

Avi Avital, who has many contemporary works written for him, says, "The exciting part of being a classical mandolin player is that it opens a wide field for creative freedom. I feel that I am bringing to light new faces of this unique instrument in every new piece written for me with different musical styles."

Giving concerts at prestigious halls, such as London's Wigmore Hall and Royal Albert Hall and New York's Carnegie Hall, the artist worked with important conductors, including Zubin Mehta, Giovanni Antonini, Kent Nagano and Ton Koopman. Avital performed at music festivals like Aspen, Salzburg, Verbier and Tanglewood and had musical collaborations with Andreas Scholl, Ksenija Sidorova, Ray Chen, Juan Diego Florez and Itamar Doari. Playing a mandolin made by Arik Kerman, the artist describes his relationship with the mandolin: "In fact, it is hard to express the connection I have with my mandolin. My hands dominate every blind spot, every curve of my instrument. When I am on the stage, I am integrating with it; I do not even realize I have a musical instrument in my hands most of the time."

Making an impression with his four albums released to date and his concerts, the mandolin player focused on Johann Sebastian Bach's works in his debut album while releasing a work of local melodies with his second album titled "Between Worlds."

After his third album "Vivaldi," Avital managed to be one of the attention-grabbing figures of the music world with his latest studio album titled "Avital Meets Avital," creating a perfect balance with Omar Avital. The artist, who gives place to local music along with classical music in his albums, implied that he is a Turkish music admirer.

Cappella Gabetta was founded as a dream project of the Gebatta siblings. The society, established with the leadership of awarded cellist Sol Gabetta, who mesmerizes with her talent, musicality and light on the stage, and her brother violin virtuoso Andres Gabetta, comprises of distinguished musicians and has a rich repertoire of baroque and early period classics.

Performing at the renowned halls of Europe since December 2010, Cappella Gabetta took the stage at many concerts, such as the Bremen Music Festival, Menuhin Festival Gstaad and Lyon Baroque Music Festival. They released two albums labeled by Sony Music and comprising of Italian baroque repertoire and works by soprano Vivica Genaux and George Frideric Handel and Johann Adolph Hasse. These albums were chosen as the record of the week and the month by Gramophone magazine and BR-Klassik and RBB radios in Germany. Releasing "Rival Queens" and "Music at the Habsburg Court" CDs under the soloist performance and conducting of Andres Gabetta, Capella Gabetta collaborated with renowned figures, such as Gabor Boldoczki, Giuliano Carmignola, Nuria Rial and Christophe Coin.