Present and future of electronic music at Zorlu PSM, March 8-9

Sonar Istanbul will host renowned DJs and producers of the electronic music scene at Zorlu PSM on March 8-9.
by daily sabah Dec 31, 2018 12:00 am

Sonar Istanbul, which will present its program for the third time at Zorlu PSM on March 8-9, continues to add to its event. The Istanbul branch of Sonar, which has spread to the world from its center in Barcelona with music, creativity and technology, has added Modeselektor (Live), Kobosil, Tijana T, FJAAK (Live), DJ Seinfeld, Ben Frost (360 °Live), Deena Abdelwahed (Live) and DJ Lag to the prominent producers and DJs previously announced, such as Bicep (DJ Set), Laurent Garnier, Henrik Schwarz, Matador, The Field, DJ Stingray, Octo Octa, Volvox, Gazelle Twin, HAAi and George Fitzgerald (Live). 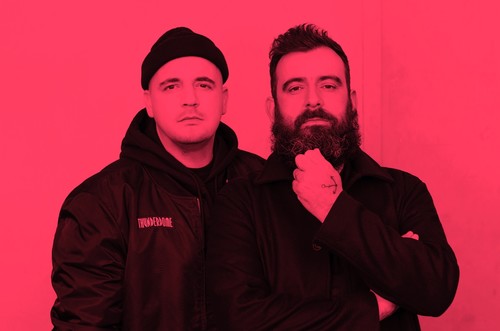 German electronic music duo Modeselektor will be one of the guests of honor at Sonar Istanbul.

As part of its two-day program, Sonar Istanbul will host successful and renowned DJs and producers in their genres on the domestic and foreign electronic music scene.

Modeselektor, of Moderat, one of the guests of honor of Sonar Istanbul, has returned to Istanbul again. The dance-oriented live performances of Gernot Bronsert and Sebastian Szary push the limits of imagination. Modeselektor, which released its fourth album last June, announced the upcoming album, "Who Else," which will be on its Monkeytown record label on Feb. 22, with the new song "Wealth" last month.

Added to the Sonar Istanbul program are DJ and producer Tijana T from Belgrad, Ben Frost, with his 360-degree special stage performance, Kobosil, the resident DJ of Berghain, the trio FJAAK, which has attracted attention with German-guaranteed techno production under the wings of Monkeytown Records for a decade, Swedish producer DJ Seinfeld, with his lo-fi house music, DJ Lag, the South African representative of the low-frequency and minimal Gqom, and Deena Abdelwahed, the avant-garde electronic Tunisian project who released the first album last month.