Moroccan artist tells story of his country with songs 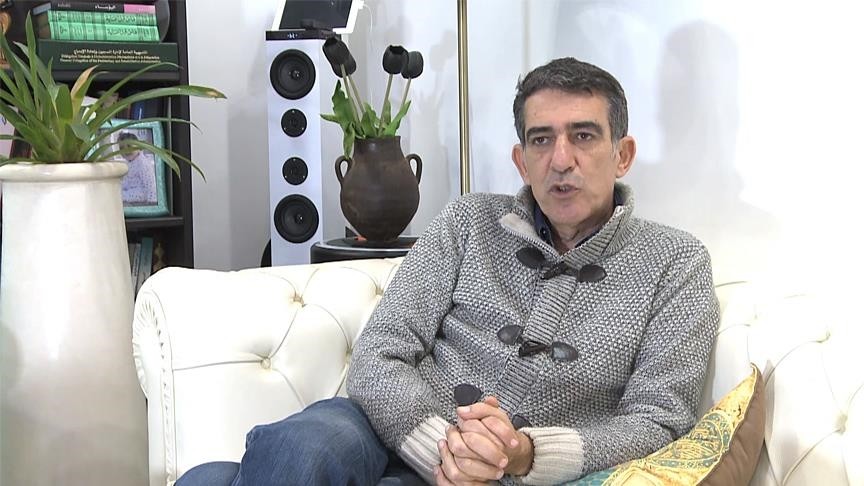 Moroccan singer and songwriter Nouman Lahlou, 53, who writes love songs for the cities in his country, noted that Arab songs are superficial and do not reflect the identity of his country.

He works at the music school in Morocco and spoke to Anadolu Agency (AA) about his career and his views on the art world.

Lahlou said that while music is performed in his country, there is no music specific to Morocco and music should reflect its culture to the audience.

"Arabic songs don't reflect our natural identity. You cannot understand which country you are in when you listen to an Arabic song," said Lahlou and added that Arab music is beautiful and professional but has some problems in reflecting identity.

Lahlou has plans for his music until 2020 when he will open his music to the world.

Since lyrics are important, Lahlou said: "Do the lyrics touch on humans and human issues and other religions, and why and how should I sing? Lyrics are more important than music."

He started his music career at the age of 5 and was a member of a musical association, Nesaim Andalusia, when he was 11 years old. Despite his young age, Lahlou has represented Morocco in many countries.

He was asked to join Walt Disney on behalf of his country when he was 18, which became the turning point in his life.

"I went to the U.S. to represent my country and visited many states. I met the famous Egyptian artist Mohamed Abdel Wahab in 1987 by coincidence. When Abdel Wahhab listened to my songs, he advised me to go to Egypt. So I listened to his advice."

After his successful work in Egypt, Lahlou realized that his identity as an artist should reflect a certain way of thinking, language and style.

While the art community in Egypt is much larger than in his own country, he preferred "a small reality to a large darkness" and decided to return to his country.

Songs for cities of his country

Lahlou wrote songs to Safsavan, Fes, Ouazzane in north Morocco, to Tafilat and Zagora in the southeast and Marrakech in the central parts, Essaouira in the west and Tanca in the northwest, and described the beauty of the nature, ancient history and cultural heritage of the cities.

He underlined that writing songs to Moroccan cities, unlike his colleagues, was a search for identity and that he is in search of an identity and fingerprint that is under the shadow of the art concepts of this period and one no one can compete with.

Lahlou said that he has received positive feedback for the songs he wrote to the cities and will continue similar works. He added that it takes about one-and-a-half years to complete a song he has written for a city. "I do research before starting to write a song about a city," added Lahlou.

He said that music in Morocco is not unique and added that he was against the globalization of culture.

Lahlou noted that just like every person has a style, art should have special characteristics as well and his experiences in his country are incapable of creating an artistic space. Lahlou underlined that as Moroccans, the only point that protects identity is cultural heritage.

The Moroccan artist also added that his latest song is about three religions.