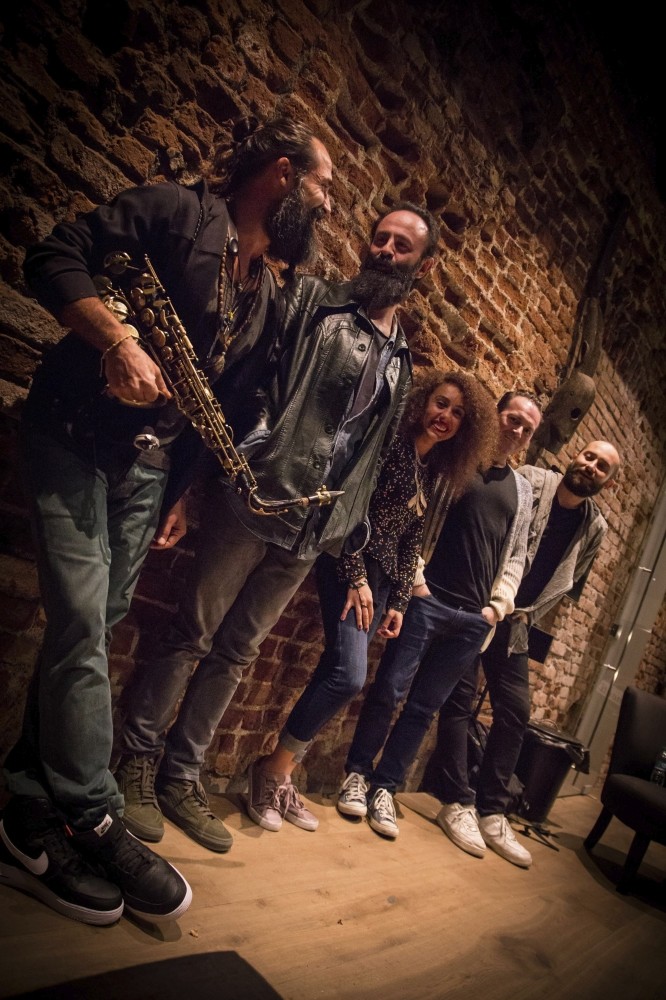 The music society FOURinthePOCKET blends Soul, funk, hip-hop and R&B songs with their authentic interpretations.
by Daily Sabah Jan 10, 2019 12:00 am

DJ Artz & Bugy and FOURinthePOCKET are on Babylon's program this week on Jan. 11-12 as part of the Ethnic Bass series.

Surprise guests from the sound system culture, which originated in the U.K. and Jamaica, with their music styles of different languages will be also be present as part of the Ethnic Bass series.

Composer, arranger and producer Bugy from Ankara province and beat maker, producer DJ Artz have made their names heard with their productions in the rap world.

The young producers, who have produced many hits and classic songs in their career despite their young age, can be seen featured in the albums of many musicians, especially on Ezhel's album. The duo create their own authentic productions under the heading of the New School and are steadily gaining popularity in the world of hip-hop, trap and urban music.

The duo has been able to reach great masses of fans in a short time. Taking their work to the international level recently, they will take the booth with their limited special performances and sets comprising of many songs at Babylon.

The music society FOURinthePOCKET, blends soul, funk, hip-hop and R&B songs with their authentic interpretations, and will meet music lovers at Babylon at the night of Jan. 12.

With Elif Çağlar on vocals, Toygun Sözen on saxophone, Çağrı Sertel on keyboard, Alp Ersönmez on bass guitar and Mert Önal on drums, FOURinthePOCKET continues to present soul, hip-hop, funk and R&B songs in an authentic and fun way. The quintet, who interpret the songs of important figures such as Erykah Badu, Jill Scott, Michael Jackson, Outkast, Kelis and Earth, Wind and Fire, combine their work with authentic transitions and improvisational talents.