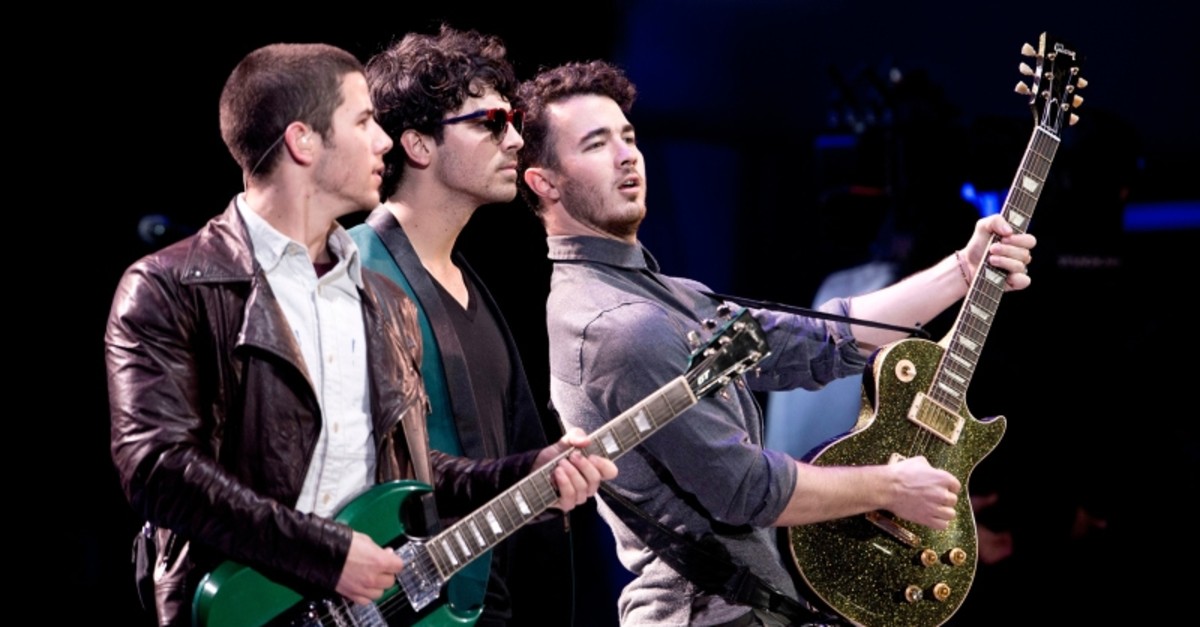 In this file photo taken on February 26, 2013 members of US band Jonas Brothers perform during the 54th Vina del Mar International Song Festival in Vina del Mar, Chile. (AFP Photo)
by Mar 01, 2019 9:49 am

The Jonas Brothers are getting the band back together — and will release their first single in six years, the heartthrob trio announced Thursday.

The Grammy-nominated boy band is set to drop their new song "Sucker" Friday at midnight, their label said, after splitting nearly six years ago, citing a "deep rift in the band."

The brothers — Joe, 29, Kevin, 31, and Nick, 26 — teased their reunion in a "Carpool Karaoke" spot for The Late Late Show with James Corden.

"It's nice to be able to finally tell somebody," Nick said in a promo for the segment. "We've kept this a secret now for almost seven, eight months. This is basically our first performance back."

"Sucker" will be the first release from the trio since June 2013's "First Time."

Releasing their first album in 2006, the brothers skyrocketed to global celebrity and found massive commercial success in part thanks to their appearances on the Disney Channel network.

The brothers, who hail from New Jersey, were from a devout Christian family, and in the early stages of their careers their wholesome image included wearing purity rings that promote chastity until marriage.

Following their band's break-up both Nick and Joe pursued other musical projects while Kevin appeared in reality television shows and founded a real estate company.