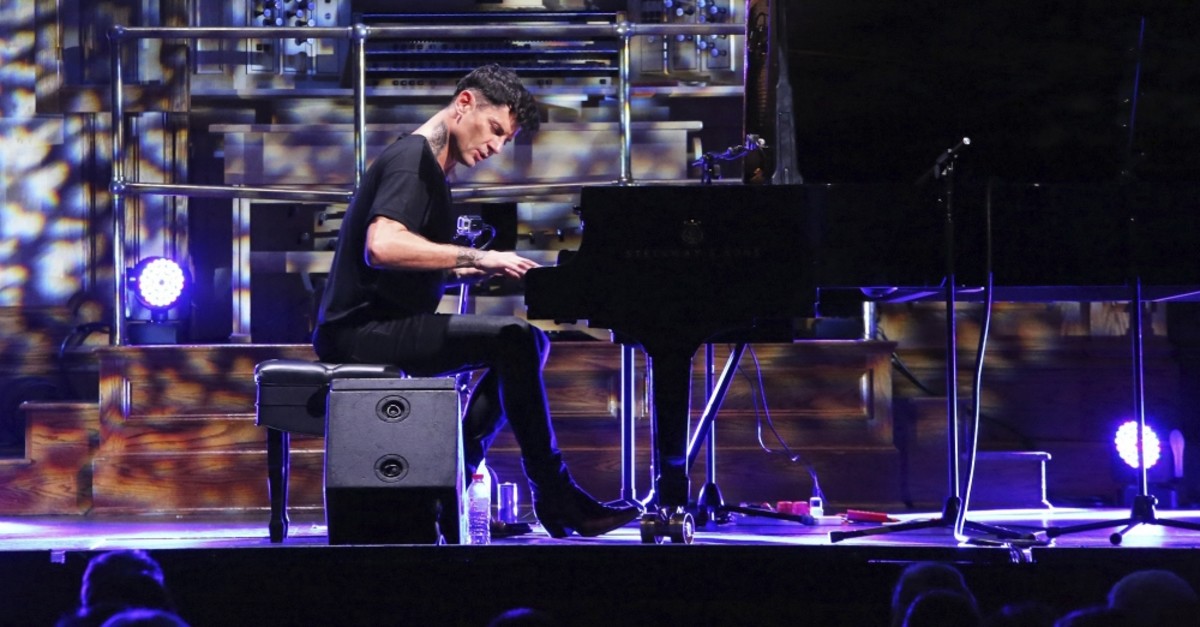 The concert is part of a tour marking the launch of his latest album "New Silk Road." Mrvica, who is from Croatia, holds the title of the bestseller crossover pianist in the world.

In his concert at CRR, he will perform works from his new album, including the theme song of the hugely popular TV series "Game of Thrones," the last season of which will air this April. Croatia is also one of the three countries where "Game of Thrones" was actually shot.

Mrvica will also perform "Nut Cracker," John Lennon's "All of Me," and Coldplay's "Clocks". He will also play classic pieces like "Flight of the Bumblebee," "Exodus" and "The Godfather."

As part of his New Silk Road Tour, Mrvica gave blockbuster concerts in many cities around the world, including Sydney, Seoul, Beijing and Shanghai. Sixty cities on three continents will be part of the tour. Tickets to the concert will be available at the CRR box office and on Biletix.

Often dubbed the prodigy prince of classical music, Mrvica was born in Croatia. He can play 16 notes in a second. Mrvica started to receive piano lessons from Marija Sekso at the age of nine. He performed for the public for the first time the same year and gave his first concert three years later. He did not let the war, which broke out in 1990, stall his music career and continued his education.

As a student of professor Vladimir Krpan, who was the student of Arturo Benedetti Michelangeli, he received education at the Music Academy in the capital Zagreb for five years. Then, he spent a year at Budapest's Franz Liszt Academy of Music. That year, he won the Nikolai Rubinstein International Piano Competition. He went to Paris to work with Igor Lazko in the 2000s and won the Pontoise Piano Competition in 2001.

Upon his return to Croatia, he received a warm welcome. Shortly after, he recorded his first album titled "Gestures," which brought him great success. He attracted the attention in the international music industry and performed with many notable figures.

In 2003, EMI Classics released Mrvica's second album "The Piano Player," which was an international hit, particularly in Asia. The album was certified as a golden seller in Singapore, Malaysia, Indonesia and China and reached platinum in Taiwan and Croatia, and double-platinum in Hong Kong.

With his good looks and charisma, Mrvica has also appeared in promotion campaigns for famous car brands.