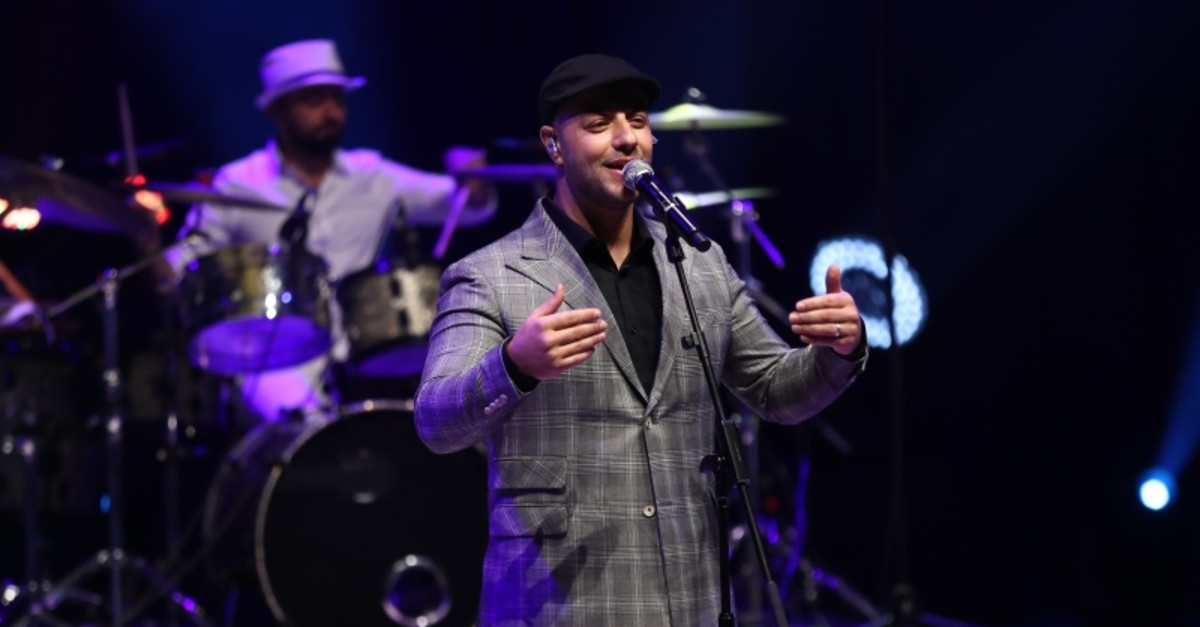 The Lebanese-born Swedish R&B singer Maher Zain performed in Istanbul on Sunday night, singing a collection of English, Arabic and Turkish songs, including a tribute to the victims of the New Zealand terror attacks.

Drawing attention to the wave of solidarity for the Muslim community that has followed the attacks, Zain performed the song "What a Wonderful World" at the concert held at Cemal Reşit Rey (CRR) Concert Hall in Istanbul's Harbiye neighborhood.

Zain said he wanted to focus on the "positive outcomes" that have unfolded since the terror attacks rather than dwelling on the anti-Muslim hate that prompted the killings.

"After what happened in New Zealand, we started to get loving reactions from people. Not only in New Zealand, but in many places, even in Stockholm," Zain told the audience.

"What happened is quite disastrous and sad, but unfortunately we have to look ahead of us. Life goes on. That's why in a wonderful world, we're very happy to see that we live with great people. A lot of people have proven that," he said, referring to worldwide expressions of solidarity with the Muslim community that have come in the wake of the terror attacks.

Zain also sang his well-known song "Medina," in English and Arabic, after leading the audience through a guessing game to decifer the tune.

The 90-minute concert included performances of "Ramadan," "Assubhu Bada," "Radhitu Billahi" and "For the Rest of My Life," accompanied by a 10-person orchestra on stage.