Legendary Italian guitarist to perform in Turkey for first time 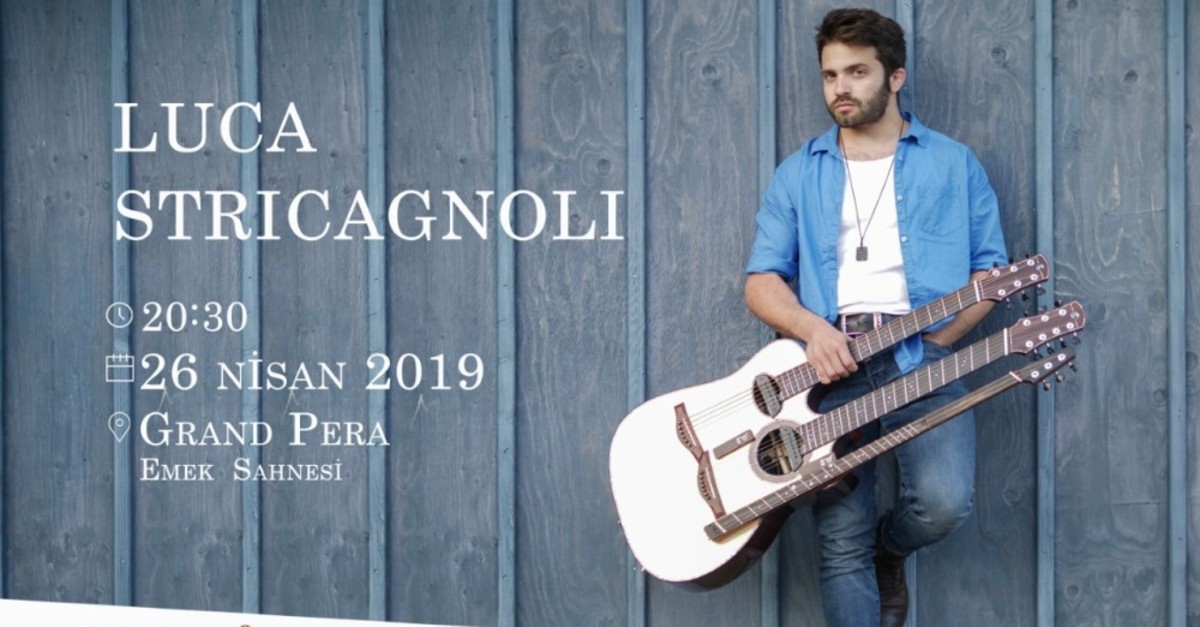 Luca Stricagnoli, who has been shown as one of the most interesting acoustic guitarists in the world with his unique style and innovative techniques, will fascinate Turkish listeners with his performance at the Grand Pera Emek Stage in Istanbul on Apr. 26.

Stricagnoli was born and raised in Italy. His original approach to music has led him to a variety of successes, from obtaining over 100 million views for his music videos to having the opportunity to perform all around the globe. The artist, who will gather Istanbulites with the maneuvers and modified capo that he has designed himself by playing five guitars at the same time, will mesmerize his listeners one more time.

The renowned guitarist draws attention with his musical talent and energy. He continues to be the focus of interest with the concerts that he gives across the four corners of the world. Stricagnoli added a new one to his successes and has been invited to more than 20 countries in three years.

Bringing different, enthusiastic energy to the stage along with his musical talents, he has had significant viral success with the triple neck guitar, his latest invention, with more than 40 million online views.

While his performances with this instrument create awareness in the media, he also received the appreciation of famous bands such as the Red Hot Chili Peppers.