Baroque music with hints of jazz on Istanbul stage 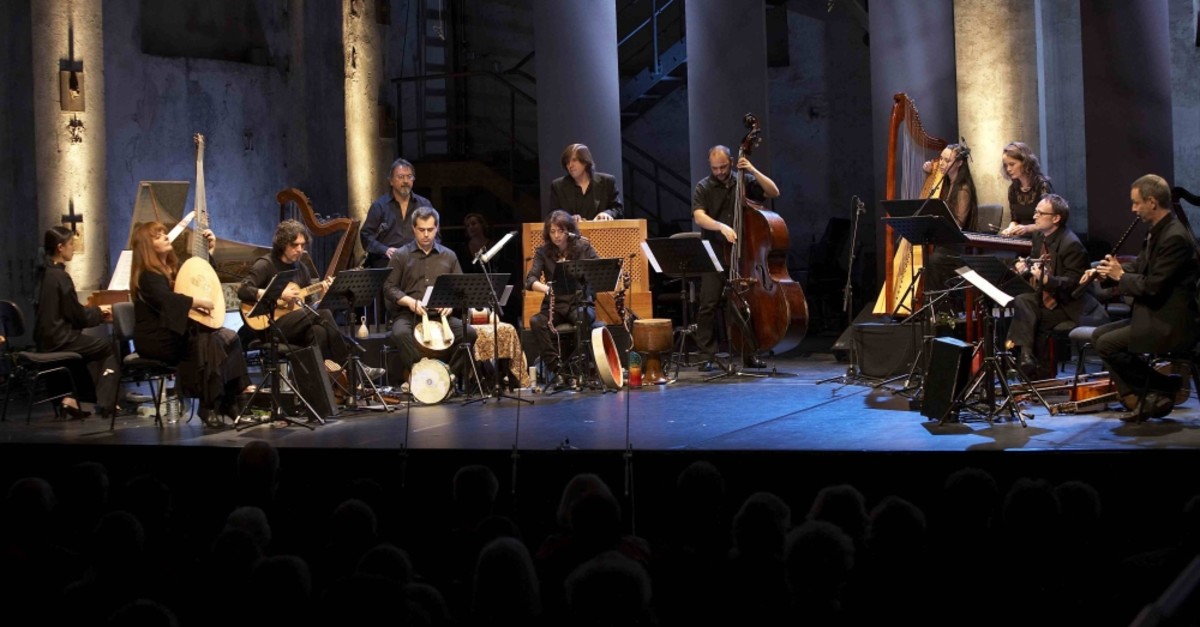 İş Sanat Concert Hall will host prominent music group, L'Arpeggiata on Thursday, April 25. The night, which will witness a combination of Baroque music and jazz, is expected to be one of the most unforgettable concerts ever held on İş Sanat stage.

Founded in 2000 by Christina Pluhar, L'Arpeggiata consists of classical and jazz musicians. Following the success of their debut album "Improvisations on Henry Purcell," L'Arpeggiata worked on a project consisting of G. Frideric Handel's pieces and released the album "Handel Goes Wild." Standing as harmonization of jazz and baroque music, the album arouses both curiosity and amazement.

Choosing a number of unknown compositions, dating back to the early 17th century for their repertoires, L'Arpeggiata has performed in some of the most prestigious concert halls of Europe, the U.S. and the Middle East. The group was also the first Baroque band to perform at Carnegie Hall in 2012. Celine Scheen, who successfully completed her education in London, will perform as a soprano for the concert. She has performed with famous maestros, including Reinhard Goebel, Louis Langree, Ivor Bolton, Rene Jacobs, Christophe Rousset and Andrea Marcon at prominent festivals and concert halls.

Having contributed her voice for the music of the film, "Le Roi Danse" ("The King is Dancing"), the soprano also vocalized the "St. Mathew Passion" by Bach under the baton of Andrea Marcon in 2014 with the Danish National Symphony Orchestra. ICMA 2013 award winner Romanian countertenor Valer Sabadus is another figure set to shine at the performance. The young countertenor, who has witnessed a turning point for his career thanks to the opera arias and recorded "Didone abbandonata" by Johan Adolph Hass, is ready to do wonders with L'Arpeggiata.

The band has won acclaim with their antique, medieval instruments and baroque music featuring an antique harp, theorbo, chitarra battente and cornemuse. For their concert at İş Sanat, soprano Celine Scheen will take the stage with countertenor Valer Sabadus.