Jazz festival offers a feast of renowned artists at Zorlu 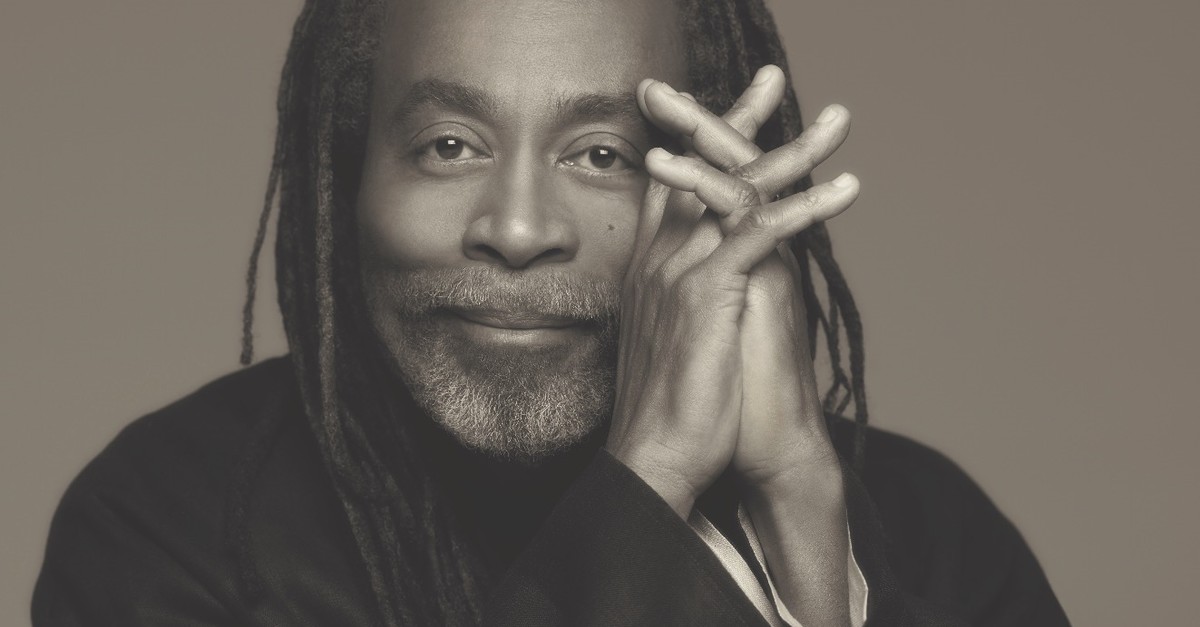 Legendary musician Bobby McFerrin is one of the important performers at the PSM Jazz Festival.
by İREM YAŞAR Apr 29, 2019 12:09 am

Zorlu PSM is the hub of many colorful events in the city and will host the Jazz Festival for the third time, which will feature significant performers from the music world

The Zorlu Performing Arts Center (PSM) Jazz Festival, to be held for the third time this year with the motto "the jazz festival of every music," will begin in May and introduce the most vibrant colors of various music genres to audiences. The event will continue until June 1 and will bring together many renowned figures and music lovers in Istanbul together. It's time to discover what is waiting for listeners at the Zorlu PSM.

As a vocalist pursuing extraordinary voices such as Billie Holiday, Edith Piaf and Ella Fitzgerald, Madeleine Peyroux holds a very special place in the contemporary jazz scene. She will be on the Zorlu PSM Turkcell Stage on May 2 at 8:30 p.m. for a magical performance.

Having released eight albums during her 23-year career, Peyroux never compromises on the elements of excitement and mystery. She will offer an unforgettable night to the audience with her performance that will lend color to the PSM Jazz Festival.

Bobby McFerrin, one of the most unique vocal virtuosos ever, will also appear at Zorlu PSM. The world-famous musician has won 10 Grammys with his unique music career consisting of many firsts such as the mega-hit "Don't Worry Be Happy," the first a cappella ranking to top the Billboard charts. McFerrin, whose performances touch all music genres in the world, will display "Circlesongs" with Gimme5, the new band consisting of the members of Voicestra, his former vocal orchestra. He will bring "Circlesongs," the unequaled show promising a very enthusiastic and liberating experience to the audience, to the Zorlu PSM Turkcell Stage on May 6 at 8:30 p.m.

Mark Guiliana, who has become one of the most favorite drummers in the world with his technical command of the rhythms of various genres such as rock, electronic and jazz, is referred to as the best of his generation by many major publications such as Modern Drummer, JazzTimes and DownBeat. His music reached a global audience after his performance on "Blackstar," David Bowie's album released just before his death in 2016, reaching number one in 24 countries. Mark Guiliana will push the boundaries of music genres with an excellent performance at Studio on May 7 at 8.30 p.m.

Lars Danielsson, one of the most famous and sought-after bassists of the international jazz scene will offer an enthusiastic night at Zorlu PSM Turkcell Platinum Stage with his band that gives every instrument a completely different potential on May 8 at 8:30 p.m. Even though the musician has mastered various instruments such as piano, guitar and cello, he is defined as a name in bass and contrabass, winning great admiration in the jazz world. The Lars Danielsson Group will be welcomed at the PSM Jazz Festival with a performance full of improvisational surprises based on outstanding communication.

Portico Quartet, an instrumental band that touches different colors of electronica, ambient, classical music and dance music within the definition of "contemporary jazz," will create a fusion feast for the audience at Studio on May 9 at 8:30 p.m. The London band that has been nominated for the prestigious Mercury Award for their first album, will bring the jazz of the future to the stage. 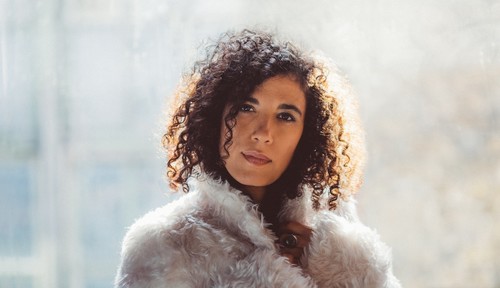 Julia Biel, nominated for the "Rising Star of Jazz" award by the BBC, will be in Turkey for the first time as part of the PSM Jazz Festival. Biel, who effortlessly strolls between classical jazz, soul, psychedelic and electro-acoustic tunes while singing, captures a very special tone through dialogue with her audience during her performances. Referred as the most brilliant jazz vocalist of her time in the U.K., the singer will inspire the whole city at Turkcell Platinum Stage with her self-raised multi-instrumentalist identity on the evening of May 10 at 8:30 p.m.

Maceo Plex, who has become one of the most important names in dance music with over 20-year career, will perform a promenade concert at Zorlu PSM Turkcell Stage on May 10 at 11 p.m. After years of work under labels such as Treibstoff, Dumb Unit, Cocoon, Audiomatique, Modern Love and Mothership, Maceo (aka Maetrik) will bring together funk-component house music with his music, sloshing over some of the best night clubs such as the Rex, Cocoon, Fabric and Womb for dance enthusiasts.

Akua Naru, one of the top singers of modern hip-hop, will meet listeners in Istanbul within the scope of the PSM Jazz Festival. So far, Akua Naru has shared the stage with many inspiring musicians such as Tony Allen, the Afrobeat legend, and The Lords of the Underground (L.O.T.U.G.), a representative of hip-hop's golden era.

Naru transforms her energy, taking strength from the Afro-American heroes of the past, into a feast of pleasure in company with a six-person orchestra in live performances. She will meet her fans in Istanbul for the first time at her concert at Studio May 11 at 10 p.m.

British producer and DJ Daniel Avery, who is the sought-after name of major festivals and clubs with his music that freely moves between techno, house, IDM and shoegaze genres will be at Zorlu PSM on May 11 at 11 p.m.

Olafur Arnalds, the Icelandic superstar of the neo-classical music movement, is coming to Istanbul for a performance that will lend color to the Zorlu PSM Jazz Festival on May 15. The BAFTA-laureate composer, producer and multi-instrumentalist creates magic in every song he touches.

Michelle Gurevich, a Canadian singer and songwriter, also known by her former stage name Chinawoman, will create waves wandering between slowcore rock and lo-fi pop at Studio. With her music compared to that of Nico and Leonard Cohen and her voice reminiscent of Soviet-era stars like Alla Pugacheva, Gurevich will present an unmissable performance on the evening of May 16.

Stavroz, the most dynamic band that Belgium introduced to the world of music in 2010, will spread the new atmosphere that they brought to dance music, at the Zorlu PSM Turkcell Stage on May 17 at 12:30 a.m. Stavroz, which touches the human spirit by surrounding the rhythms of house with live percussion, active basses, guitars, keyboards and trumpet elements, carries electronic dance music far beyond the boundaries thanks to their endless appetite for creating different sound dimensions. 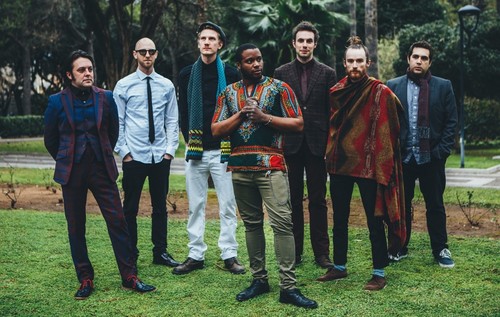 Ephemerals, who interpret retro soul aesthetics from a modern point of view, will be at the Zorlu PSM Jazz Festival on May 17 at 10 p.m., after appearing at the iconic festivals in the world such as Glastonbury, Bestival and Mostly Jazz. Over time, jazz, afrobeat, hip hop, psychedelic and rock interactions have been more tightly fused together in Ephemerals' music. The music comes to the fore with the passionate and bitter vocals of Wolfgang Valbrun, who joined the brilliant band after meeting with founding guitarist Hillman Mondegreen during a French tour. The group will present a concert experience that will be engraved in the memories of Istanbul's music lovers with a performance full of energy.

Geeva, each member of which believes that music is a journey, and Bidar, who builds her music not only with instruments, but also with inspiration from all the surrounding sound elements, will meet the audience at Zorlu PSM on the evening of May 22.

An Evening with Chris Botti

Chris Botti, who has become one of the most popular and bestselling instrumental musicians in the U.S., will offer an unforgettable performance on the Zorlu PSM Turkcell Stage on May 24 at 8.30 p.m. In addition to his solo work, the Grammy-laureate trumpet player also works with stars such as Lady Gaga, Barbra Streisand and Steven Tyler.