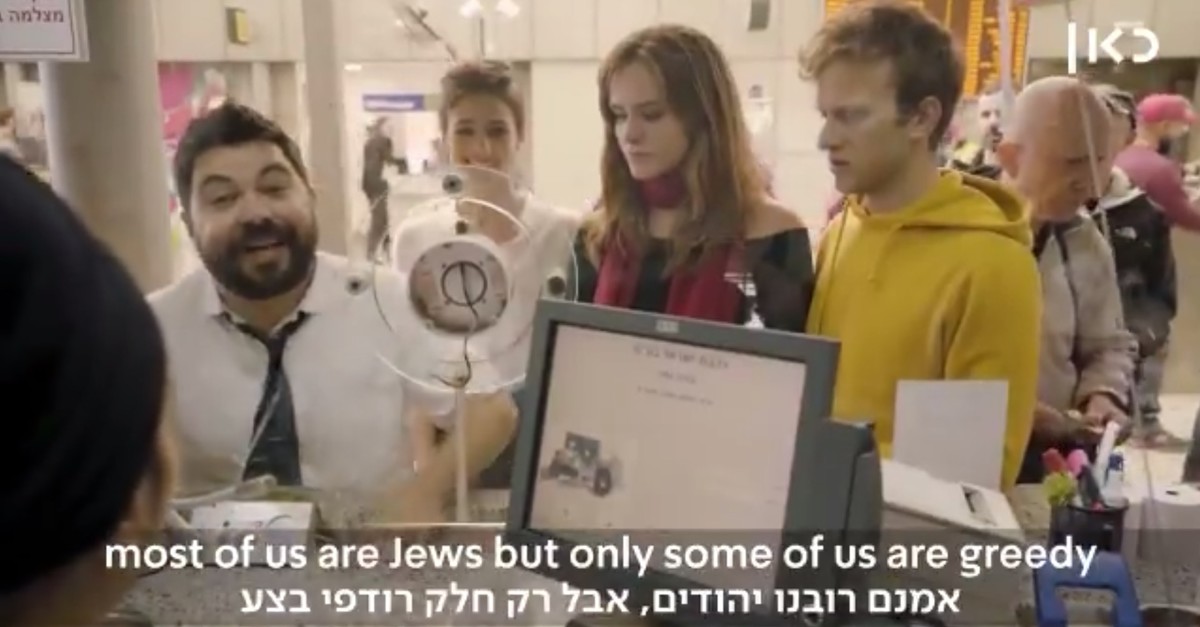 Israel's Eurovision broadcaster is under fire for a promotional video which they say was meant to be funny, but viewers reviewed as anti-Semitic, misogynistic and thoroughly cringe-worthy.

''Eurovision is shaping up to be a big flop, and this video isn't going to save it. Antisemitism and misogyny set to music is a bad look, Israel,'' prominent advocacy group Jewish Voice for Peace tweeted Sunday after the video was released by the country's official Eurovision broadcaster Kan.

With jabs such as "most of us are Jews but only some of us are greedy," the video crossed lines that ruined the intended humor.

The male lead in the video quips shockingly ''enjoy our lovely bitches,'' with the official subtitles engraving the slur in English and Hebrew.

Among critics was Prime Minister Benjamin Netanyahu's son Yair Netanyahu, who blasted the video as a "disgrace" and "anti-Semitic."

Jewish website Forward said in a piece: "And because we are a Jewish state with a penchant for merciless self-mockery, the targets of our humor are frequently Jewish. So much of Israeli humor might be considered anti-Semitic if produced anywhere else."

As host of this year's Eurovision, Israel has tried to use the hugely popular song contest to present itself as a tolerant and cosmopolitan country that is winning increased acceptance on the world stage. But despite Israel's best branding efforts, the kitschy festival is clouded in political conflict and controversy.

A flare up of fighting between Hamas in Gaza and the Israeli military last week raised concerns that the contest could be disrupted by violence. The Palestinian-led boycott movement against Israel has been urging tourists and artists to stay home.