Le Trio Joubran: 'Turkish music is in our blood' 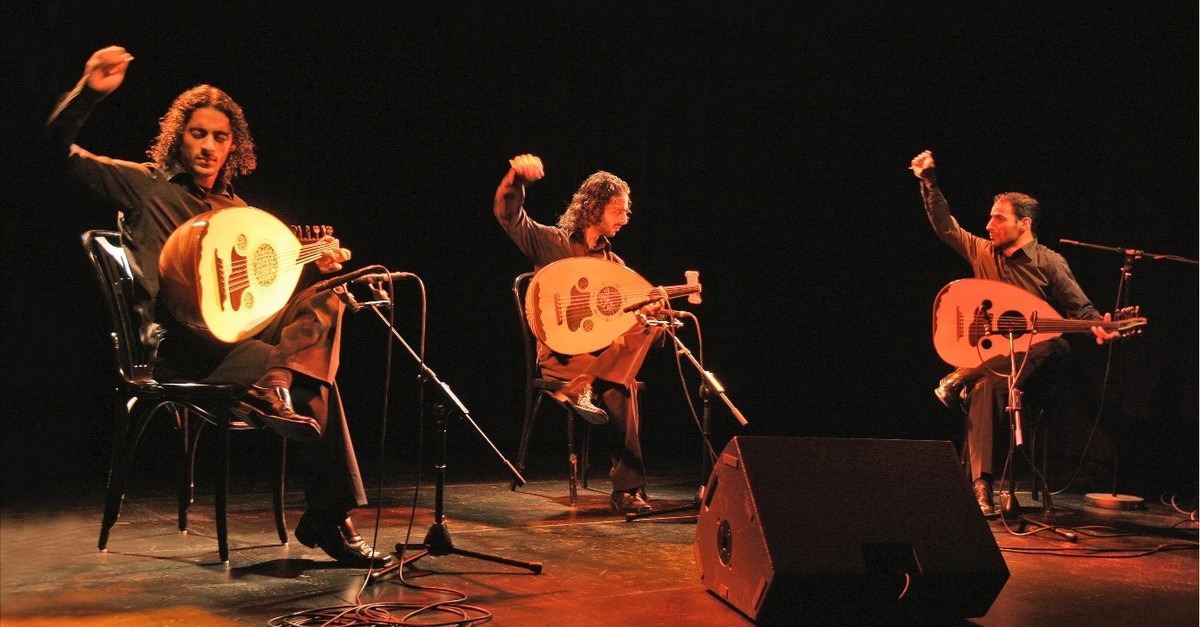 Through their mesmerizing music, Le Trio Joubran has performed in many places around the world.
by İREM YAŞAR May 13, 2019 12:06 am

The oud playing brothers known as Le Trio Joubran talked to Daily Sabah about their family background, finding inspiration and why they want to be referred to as musicians from Palestine

In one of his wise quotes, Jalal ad-Din ar-Rumi, better known simply as Mevlana or Rumi, said: "Patience is not sitting and waiting, it is foreseeing. It is looking at the thorn and seeing the rose, looking at the night and seeing the day. Lovers are patient and know that the moon needs time to become full." When I first heard this, I was deeply moved. Since then whenever I grow impatient about something, I remind myself how the great philosopher, who brought love, peace and amity to Anatolia, believed in the importance of patience and how he was right.

With the greatest admiration in my heart for his philosophy, I had a chance to visit Konya, where he spent most of his life. The reason why I came to the city was the celebrations organized for the 791st anniversary of Rumi's arrival in the city. On May 3, various special events from marches to Sema performances (popularly known as whirling dervish performances) were organized within the context of the celebrations. The idea of finding the spirit of Rumi and his disciplines in the city made me so excited. However, there was one other reason as well. As part of the celebrations, Le Trio Joubran, comprised of Samir, Wissam and the Adnan brothers, were scheduled to perform a concert in the city. The trio, whom I got to know with their track "Masar," is a Palestinian oud ensemble.

On the train to Konya, I realized that there are a lot of things I wanted to learn about this trio. When I had the chance to get together with them, questions simply rolled off my tongue. We talked with Adnan Joubran, the youngest brother of the trio. Born and raised in an oud-making family, the trio seemed to have a natural knack for the instrument. Noting that his elder brothers Samir and Wissam wanted to be musicians, Adnan initially thought he did not. Adnan Joubran said the music in the house was as essential as food in their daily lives. "I was born into music and brought up with it. Indeed, I tried not to be a musician. I wanted to study cinema and wanted to create my own productions. Then, the project of Le Trio Joubran came as an idea. I thought we had background and talent already and that it could create a strong group, and we should keep it."

They performed as a trio for the first time in August 2004. When asked about this very first performance, Joubran took a walk down memory lane. As I could see the glimmer in his eyes, I was sure he was reliving the concert and his emotions during the show all over again. He stressed that it was really scary for him. "Samir and Wissam were performing together as a duo two years before our first performance. Samir performed for 10 years by himself. Therefore, they were used to it. When it comes to me, it was an overwhelming experience on the stage. To have a public that waits for you is scary. They kind of expect something to happen during your performance. I remember my tears of fear from the audience. It rained just before the concert. I was happy that the concert might be canceled. But the sun came out again and the public filled the place. We had to play, and it was an amazing, remarkable concert," he continued. 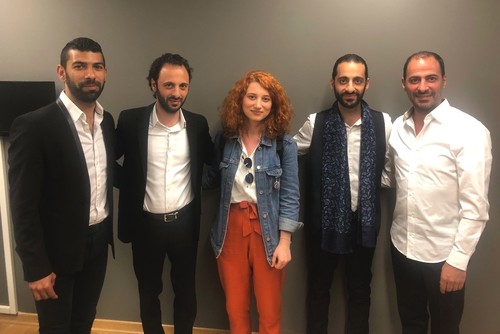 Different musical genres are what most inspire the band. Each one of us is influenced by different types of music and musicians, Joubran said. While Samir and Wissam are more under the influence of classical and oriental music, Adnan listens to nearly every genre. He said he needed to create another path for the music and compositions of the trio as he came after his two elder brothers. He added, "I needed to listen to something new and different because I knew it would help me add more color to our trio. The three of us can be colorful only through this method. I listened to a lot of flamenco, classical music, jazz, rock and even pop. I can say that all types of music are inspiring as long as they are good." The oud has a special place for the Joubrans. Their father was an oud maker and the middle brother Wissam sustains this tradition by preparing the ouds the trio plays. They also inherited the talent of their mother, who sang poems, and this combination led them toward a musical journey. Adnan Joubran is also a percussionist, and he plays and records on and off. He explained why he decided not to pursue a career as a percussionist: "The oud has a more emotional language. Percussion can be hard to express with. For me, reflecting myself with the oud was easier."

Our talk continued about Palestinian poet Mahmoud Darwish. Joubran remarked that Darwish is known across European countries as a famous poet and throughout the Arabic world. He also is a muse for the trio. "For us, he is so important because he gave us a path for how to think and how to live. He inspired us a lot not only as musicians but also as Palestinians."

Highlighting that metaphors, imagination and giving people emotions are the essential elements of their music, he mentioned that improvisational performances on the stage are also indispensable for their band. As transferring feelings is also significant for the musical conception of the band, they keep their music instrumental. Talking on this point, Joubran indicated: "When you present a metaphor or imagination to people, you don't need to tell your exact story. You can create an ambiance and listeners can interpret it with their stories. If I tell you that I am sad, you will listen to my track when you are only sad. However, when I give you feelings, you will listen to it one day when you are sad and another when you are happy."

As they were going to perform in Turkey's Konya, the next question was what they think of Turkish music and Rumi. Actually, Turkish music is one of the basic elements of the trio's music. Joubran confirmed this, noting that some Turkish tunes are their main practice material. "Turkish music is in our blood. Even if I haven't heard a piece of Turkish music before, I am familiar when it is played. For me, it talks to me. The Ottoman Turkish music is just like oriental, Middle Eastern music."

Then, he shared a memory about Rumi. "Before leaving London for the concert in Konya, I called my best friend who lives in the U.S. now. He is expecting a baby. He told me he will name her Rumi. First, I was surprised and asked whether it is like Jalaluddin Rumi. He confirmed, and I thought it was very nice. Then we arrived and discovered that I am in the city of Rumi. I called him straight away. For me, it was an emotional and amazing coincidence." He also mentioned that he is excited to perform as part of events held in the name of Rumi. "We learn from Rumi and other Sufis many things about this world. It is a great honor for us to be involved in such as an event."

'Neither victims nor heroes'

After this talk, I also attended the trio's performance at Selçuklu Congress Center. There is no point in mentioning how their performance – accompanied by Ersoy Kazımov, a percussionist of Macedonian origin – was mesmerizing; this goes without saying. While the trio offered magical tunes and melodies with their string instruments, Kazımov added a different ambiance to their performance with his rhythms. During the concert, the eldest brother, Samir Joubran also delivered some messages for their listeners. He stressed that they are neither victims nor heroes as Palestinians. He said, "All we want is to live like ordinary people."

Accompanied by peaceful messages, the trio also performed a Turkish song titled "Berivanım." Their perfect concert ended with a standing ovation from the audience.