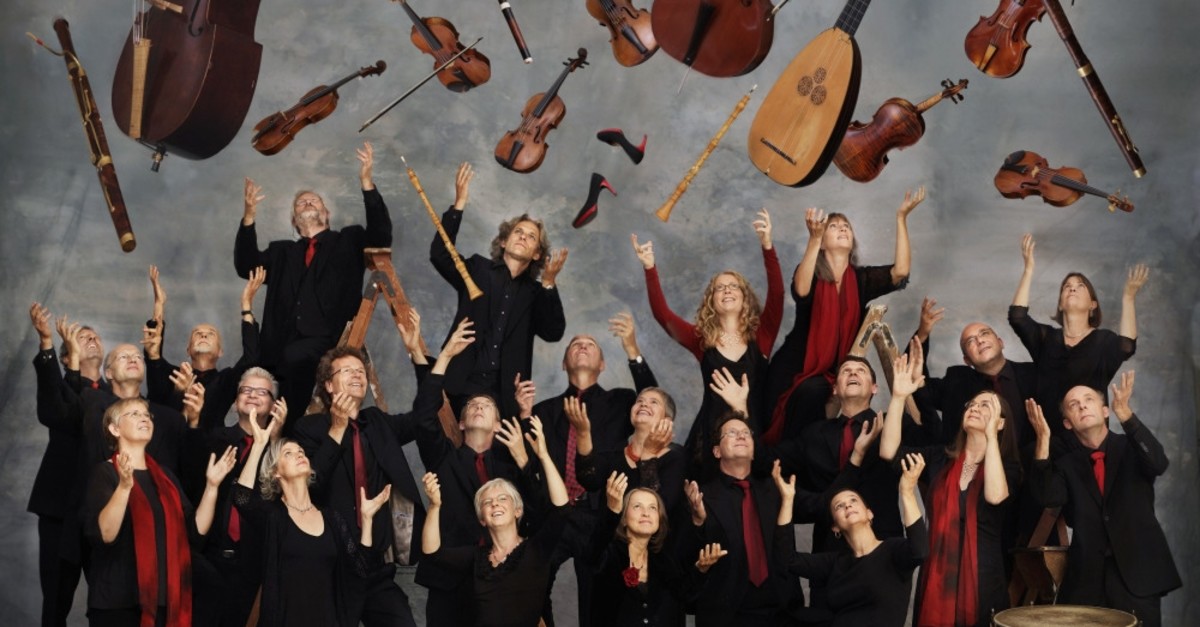 Akademie Fur Alte Musik photographed by Uwe Arens, courtesy of the Istanbul Foundation for Culture and Arts.
by daily sabah Jun 10, 2019 12:17 am

The Istanbul Music Festival, organized by the Istanbul Foundation for Culture and Arts (İKSV), will start tomorrow. The festival, which will continue until June 30, has been given the theme "Darkness of Being, Lightness of Being," inspired by the role of music in the journey of enlightenment and the dual nature of the universe.

This year, the Istanbul Music Festival is hosting 150 works at 15 venues and 22 concerts over 20 days with music from the most remarkable composers of the 20th century, including Baroque giants such as Bach, Vivaldi and Handel and also selections from Shostakovich, jazz and Ottoman classics. In its 47th year, it will highlight the importance of enlightenment through music, which is the most impressive type of art in expression of dualities in life while hosting performances and concerts that focus on the contrast of dark and light.

The Istanbul Music Festival continues to gather young soloists who have made a name for themselves. The opening performance of the 47th Istanbul Music Festival will be given by Seong-Jin Cho, born in 1994, the winner of the 17th International Fryderyk Piano Competition. The guest of major orchestras since October 2015, Simon Rattle, "a poet on the piano," as mentioned by Seong-Jin Choi, will perform for a Turkish audience for the first time. As the opening orchestra of Istanbul Music Festival, Tekfen Philharmonic Orchestra will be performing with conductor and art director Aziz Shokhakimov on Tuesday, June 11 at Lütfi Kırdar Congress and Exhibition Center.

The Honorary Award of the 47th Istanbul Music Festival this year will be presented to orchestra conductor and state artist, professor Rengim Gökmen, the general music director of the Presidential Symphony Orchestra and an assistant professor at Hacettepe University State Conservatory.

The music of Bach, Vivaldi and Handel, the Baroque composers whose compositions have impacted almost every aspect of our lives, will resonate at the 1,600-year-old Hagia Irene Museum with Berlin Academy of Early Music under the direction of conductor Florian Helgath and Berlin RIAS Chamber Choir. One of the best choirs in the world, Berlin RIAS Chamber Choir sets the standards of today's music culture with its 70-year history. The choir, who gave concerts in the most prestigious music centers around the world, has carried the German choir tradition to the 21st century. The concert by Vocal Baroque Treasures, conducted by conductor Florian Helgath, will be held at Hagia Eirene Museum on Wednesday, June 12.

The 47th Istanbul Music Festival will let you discover the works of four pianists in the concert "4 Musketeers of Piano." Three great pianists, who have performed concerts with the world's leading orchestras and conductors, George-Emmanuel Lazaridis, Janis Vakarelis and Cyprien Katsaris, will accompany Zeynep Üçbaşaran, a Turkish pianist whose programs were applauded by European audiences, at Süreyya Opera House on June 13.

The world premiere of Turkish musician Zeynep Gedizlioğlu's work for two pianos, fulfilling one of the orders of the Istanbul Music Festival to contribute to contemporary music production, will be performed by Ufuk and Bahar Dördüncü at Süreyya Opera House on June 14. The concert, which will include the Berlin RIAS Chamber Choir, with whom the duo worked with previously, will offer a repertoire ranging from Shostakovic to Brahms' love songs.

Known as one of the most unique and dazzling pianist in the world and recognized for her musical technique and stage charisma, Yuja Wang will perform for Istanbul music lovers once again within the scope of the festival. Wang will perform at Lütfi Kırdar Congress and Exhibition Center on June 15 with Luxembourg Philharmonic Orchestra, a first-time guest of Istanbul Music Festival.

The first concert of the Chamber Music with Stars" series, where Istanbul Music Festival brings together the stars of classical music, will combine elegant Beethoven performers Isabelle Faust, Jean-Guihen Queyras and Alexander Melnikov as a tribute for 2020, which will be celebrated as the Year of Beethoven. The Chamber Music with Stars concert bringing together Faust, Qeuras and Melnikov will take place at the İş Sanat Concert Hall on June 16.