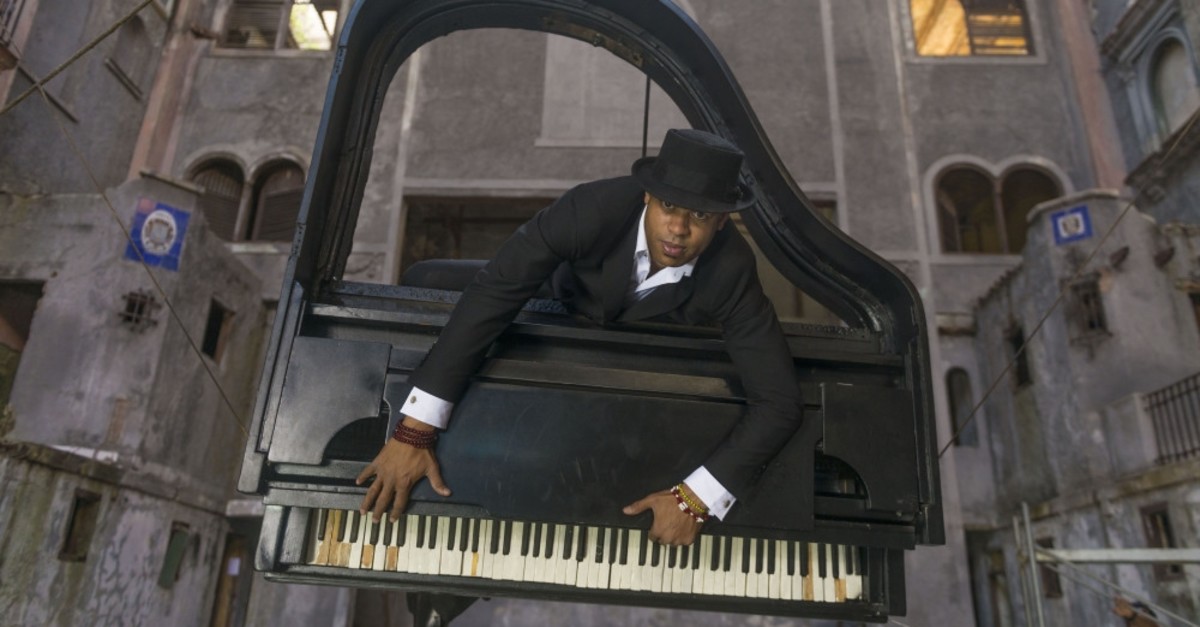 Having made his debut at the Havana International Jazz Festival in 1990 at the age of 15, Fonseca is one of the rising pianists of his generation.
by daily sabah
Jun 12, 2019 12:15 am

Famous for his unique interpretations, wonderful improvisations in performances and imaginative use of different instruments, Cuban jazz pianist Roberto Fonseca will perform in Antalya on June 20. The performance will be part of the 2nd International Akra Jazz Festival.

Having shared the stage with world-renowned musicians like Ibrahim Ferrer, Orlando "Cachaito" Lopez, Ruben Gonzalez, Guajiro Mirabal and Manuel Galban and playing alongside the Buena Vista Social Club, Fonseca will offer a great Havana night for the people of Antalya.

The artist will be singing from his eighth album, "ABUC," on this special night. Praised by The New York Times as "a charismatic spark plug of a pianist from Cuba," Fonseca will take the stage with the Ece Göksu quartet, one of the best jazz vocalists in Turkey, prior to his solo performance.

Fonseca is one of the rising pianists of his generation. He made his debut at the Havana International Jazz Festival in 1990 at the age of 15.

He has performed in numerous concerts and tours around the world in the orchestra of the legendary Cuban singer, Ibrahim Ferrer with the Buena Vista Social Club and Omara Portuondo. He also collaborated with Ferrer on his album "Mi Sueno: A Bolero Songbook," which was nominated for the Latin Grammy for Best Tropical Latin Album.

In 2012, Fonseca received a Grammy nomination for Best Latin Jazz Album for his album "Yo" in which he blended Cuban and African tunes.

Fonseca recorded his "At Home" album in 2014 with Malian singer Fatoumata Diawara, crossing the Atlantic in melodic and cultural harmony. He further achieved success with his album, "ABUC." Fonseca follows the traces of Cuban music from past to present in this album, which also shows his storytelling side.

Fonseca has performed in selected concert halls and festivals such as the Royal Albert Hall in London, the Beacon Theater in New York and the Sydney Opera House in Australia. "I want my music to reach people who do not know me, and I dream of being a reference point for music lovers," Fonseca says.