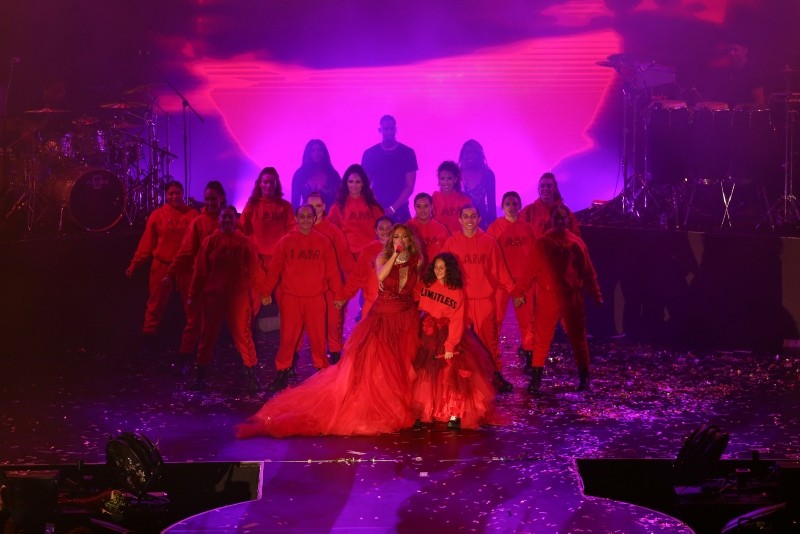 "I missed your country very much," the world-famous singer told the crowd gathered at the Regnum Carya Hotel in the Belek area of Serik district.

In addition to her new song "Medicine," Lopez performed her biggest hits, including "On The Floor," "Ain't It Funny," "Love Don't Cost a Thing."

The surprise of the night came when the singer sang a duet with her 11-year-old daughter, Emme Maribel Muniz. The duet drew enthusiastic applause from the audience. 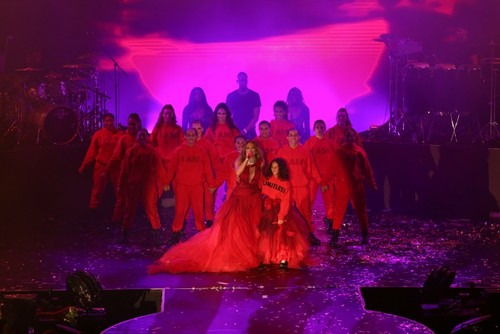 J-Lo didn't fail to entertain fans with choreographed dancing and a variety of outfits throughout the performance. The stage was specially decorated with white roses brought from Isparta, known as the "City of Roses," located in western Turkey.

Lopez arrived in Antalya on Monday and plans to stay three nights at a three-story bulletproof "Crown Villa" with five bedrooms, a private pool and a heliport at the Regnum Carya Hotel, where the G20 Summit was held in November 2015.

The last time Lopez performed in Turkey was in November 2012, when she gave three back-to-back concerts in Istanbul.

The Puerto Rican star launched her "It's My Party" tour on June 7 and performed 32 concerts for the North American leg in the U.S. and Canada. As part of the international leg of the tour, Lopez performed in Israel's Tel Aviv on Aug. 1 and Russia's Moscow on Aug. 4. Following Antalya, she is scheduled to perform in Spain's Fuengirola on Aug. 8 and Egypt's El Alamein on Aug. 9 before returning to Russia for a final concert on Aug. 11 in Russia's St. Petersburg.