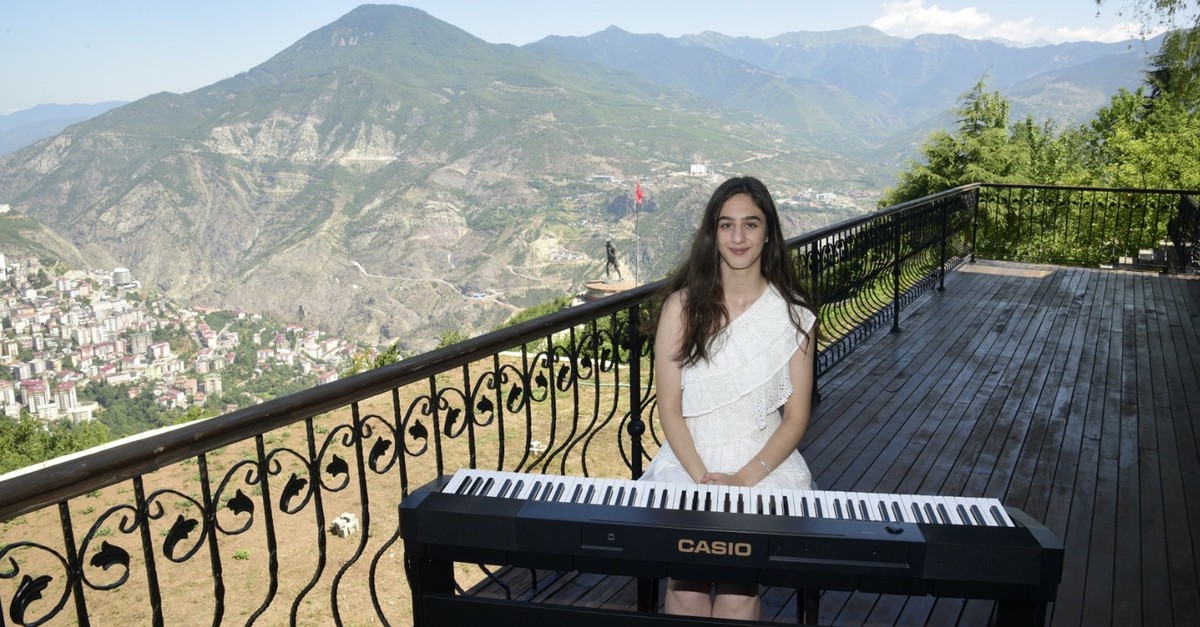 Students receiving piano lessons at the Artvin Youth Center will attend the classical music festival in Italy. Twelve students, who participated in the classical music festival in Georgia last year, received an invitation from Italy based upon their success there. Students between the ages of nine and 16 will demonstrate their skills at the Viva Rossini Classical Music Festival in Pesaro, Italy on Sept. 9-12. While rehearsing for approximately two hours a day to gear up for the festival, young pianists made a promotional clip with the support of their parents.

The video clip showing students playing the piano at Hatila Valley Glass Observation Terrace, one of the leading tourism centers of Artvin, and Atatepe, which hosts Turkey's largest Atatürk statue, will be featured at the festival.

Piano instructor Tamara Çelik told reporters that they participated in the festival in Batumi, Georgia last year upon invitation and succeeded in the competition here.

Çelik stated that they were later invited to the festival in Italy this year. "We will perform on Sept. 11 at the festival," Çelik said. "We have been working seven days a week for six months. My students are quite eager. If we succeed in Italy, we will take part in the event to be held in France next year."

Birsu Gümüş, who has been taking piano lessons at the center for four years, said that she was very happy to be on stage in Italy after Georgia.

Arda Pınar noted that he started his eight-year piano journey at the age of 5. "I love the music and the piano. It is a beautiful instrument, and I think that I can truly reveal my art on the piano," Pınar said.

Efe Bayraktutan also stated that he avoided playing the piano because it was very difficult at the beginning. "My teacher Tamara always supported me. I think I am quite good at it now. She has been calling me Mozart all along. Now they call me the 'Mozart of Artvin,' which makes me proud and motivated," he continued. Eylül Akçay's mother Dilek Akçay, on the other hand, said that she always supports her daughter, who has been playing the piano for seven years, stressing that her daughter is very talented and excited. "We are very proud that she will go to Italy. I believe she will represent us in the best possible way," she added.