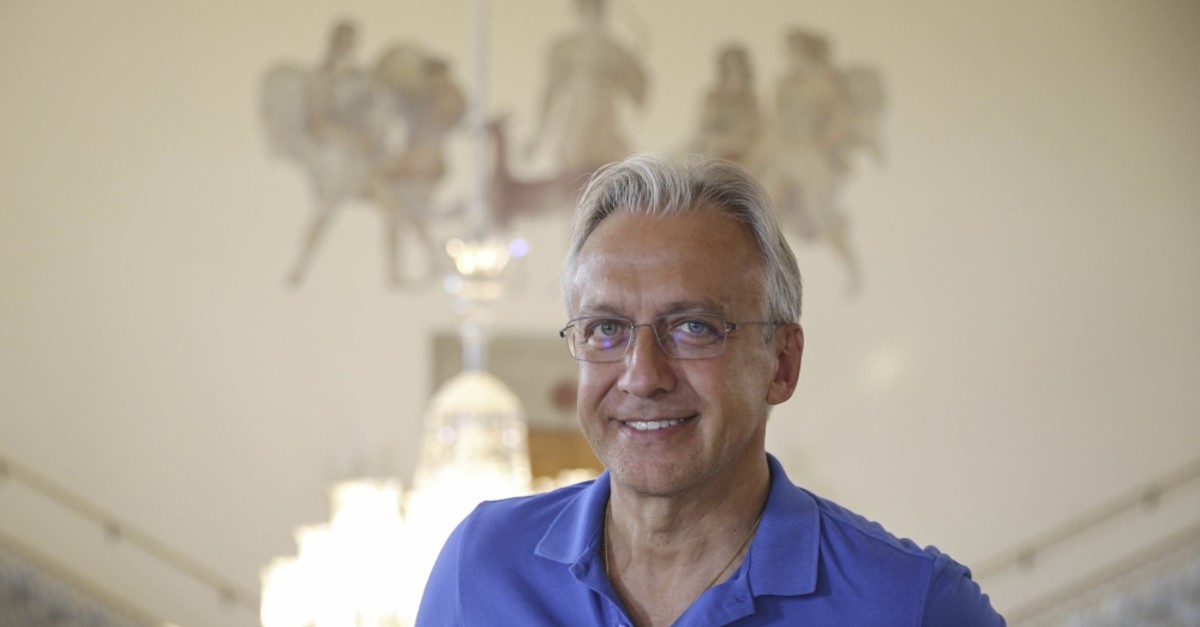 Antonio Pirolli said Turkish people are curious by nature and are open to improvisation in opera and concerts.
by Anadolu Agency Aug 28, 2019 12:05 am

An Italian opera conductor settled in Turkey for over three decades says the Turkish audience is receptive.

Antonio Pirolli, an orchestra conductor and director of the State Opera and Ballet, said the Turkish people are curious by nature and are open to improvisation in opera and concerts.

"Even in the 100th representation, the audience comes to see the show," Pirolli, who is married to a Turkish woman and has two children, told Anadolu Agency (AA).

"This is a community which loves arts and its a very good sign," he added.

After finishing his education in Italy, Pirolli said he met veteran conductor Rengim Gokmen and came to Turkey, starting his music career. Pirolli stressed being an orchestra conductor is tough work.

"You can receive education, but if you don't have innate talent, you cannot be an orchestra conductor, only an orchestra director. A hundred people can beat the tempo, but only one out of them is a musician." He said he is always working on self-improvement.

"A conductor must take inspiration from literature, philosophy and fine arts. Conducting is not a one-way, but an extensive, art." Government support for artists and art is essential, he said.

"In most countries of Europe, the state has stopped patronizing art, which is a great loss."

Pirolli said the quality of Turkish audience and musicians has improved in recent years.

"Currently, Turkish artists are actively engaged in many music institutions around the world. It is pleasing to see Turks excelling abroad, but we need to support a lot more." Pirolli went on to say that basic opera and classical music should be taught at schools.

"It is necessary to train the audience and introduce them to this art. If a work like 'La Traviata' is not understood by the audience today, it is not because of the difficulty of the art but because the audience is not ready for it."