Yeşilçam music to take listeners on a journey of memories 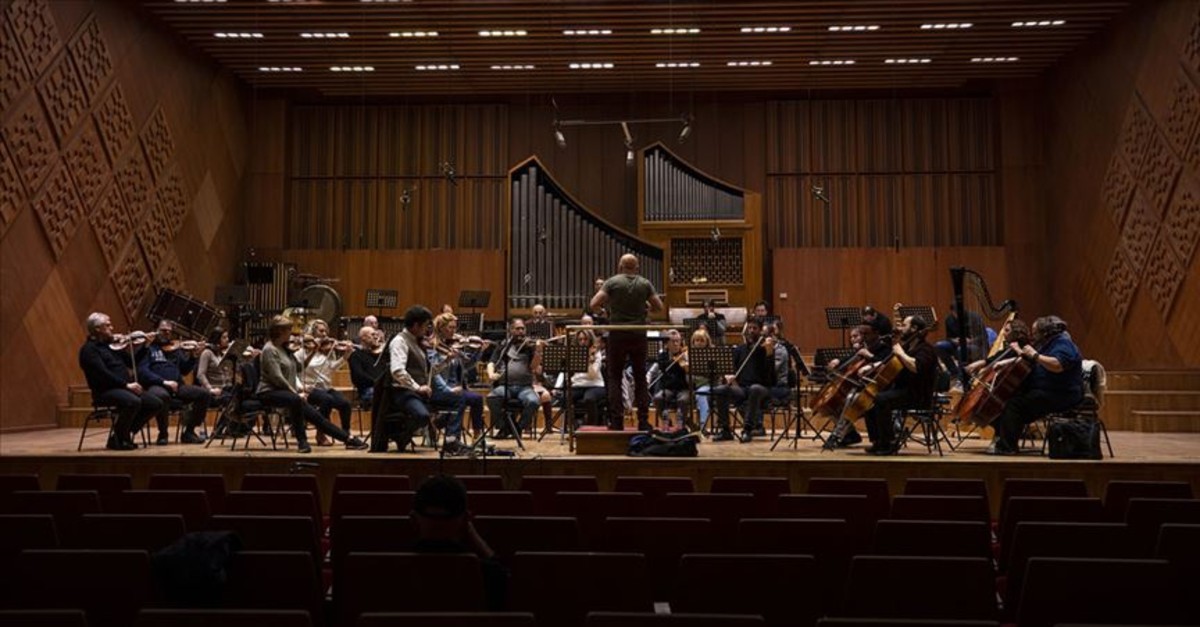 The Presidential Symphony Orchestrau2019 s concert will be held at the ATO Congresium under the baton of Burak Tu00fczu00fcn.
by Anadolu Agency Sep 16, 2019 12:06 am

The Presidential Symphony Orchestra will play the melodies of Yeşilçam films which have been enshrined in everyone's memory.

The Yeşilçam Film Music Concert will be held at ATO Congresium at 8.00 p.m., Thursday, Sept. 19. The orchestra will take music lovers on a journey in memories under the baton of conductor Burak Tüzün.

The soundtracks of unforgettable films, including "Neşeli Günler" ("Happy Days"), "Dila Hanım," "Selvi Boylum Al Yazmalım" ("The Girl with the Red Scarf"), "Hababam Sınıfı" ("The Class of Chaos"), "Çiçek Abbas" and "Tosun Paşa" ("Tosun Pasha"), will be interpreted as a symphony with the orchestration of arranger Yusuf Yalçın.

In an interview with Anadolu Agency (AA), arranger Yusuf Yalçın said that they first implemented the Yeşilçam Film Music project with Cahit Berkay and performed a number of concerts in this scope.

Yalçın said: "Yeşilçam films that we watched during our childhood are embedded in our memories that we remember the soundtracks wherever and whenever we hear them," adding that a large part of the melodies still linger in the minds of the audience.

Emphasizing that it is more than just pleasure for a musician to offer unforgettable melodies with different arrangements to the audience, Yalçın said: "Throughout the project, I was excited to rearrange the music for a large symphony orchestra, while thinking about and feeling that time, and preparing them for a concert."

Indicating that they have received positive feedback from the audience at all concerts, Yalçın noted: "I think this will be the case with the Presidential Symphony Orchestra in Ankara as well. Our audience will say, 'Yes, we know this music, but we have never heard it like this.'"