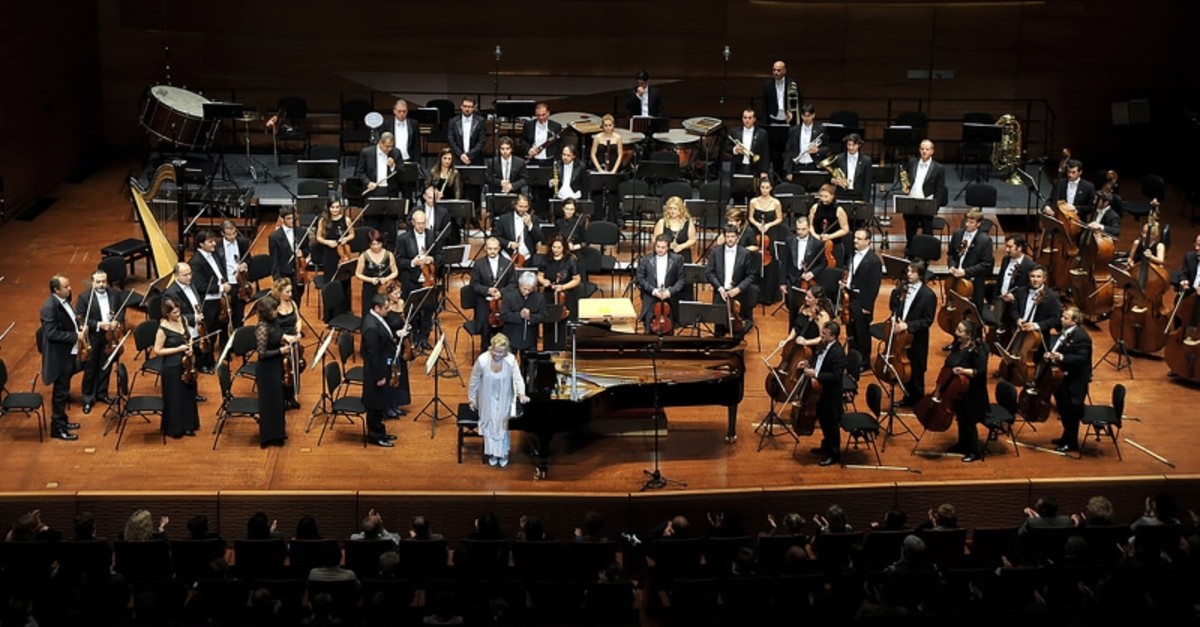 The Presidential Symphony Orchestra (CSO), which is among the world's most rooted art institutions, will perform the opening concert of 2019-2020 season at the Beştepe Presidential Complex's Millet Convention and Culture Center under the baton of Rengim Gökmen in Ankara.

The concert will take place on September 30 under veteran baton of Rengim Gökmen and worldwide known artists including pianists Güher and Süher Pekinel and famous Turkish musician Devlet Çoksesli Korosu.

The concert will include works by foreign composers such as Mozart, Borodin and Brahms, and anonymous melodies.

Gökmen, who served as the general director and general art director of the State Opera and Ballet (DOB) from 1992 to 1995, and from 2007 to 2014, 10 years in total, currently works as the music director and conductor of the Presidential Symphony Orchestra.

Institutionalized during the time of Ottoman Empire, the CSO moved to Ankara just after the Proclamation of the Republic and since then it has sustained its historical richness.