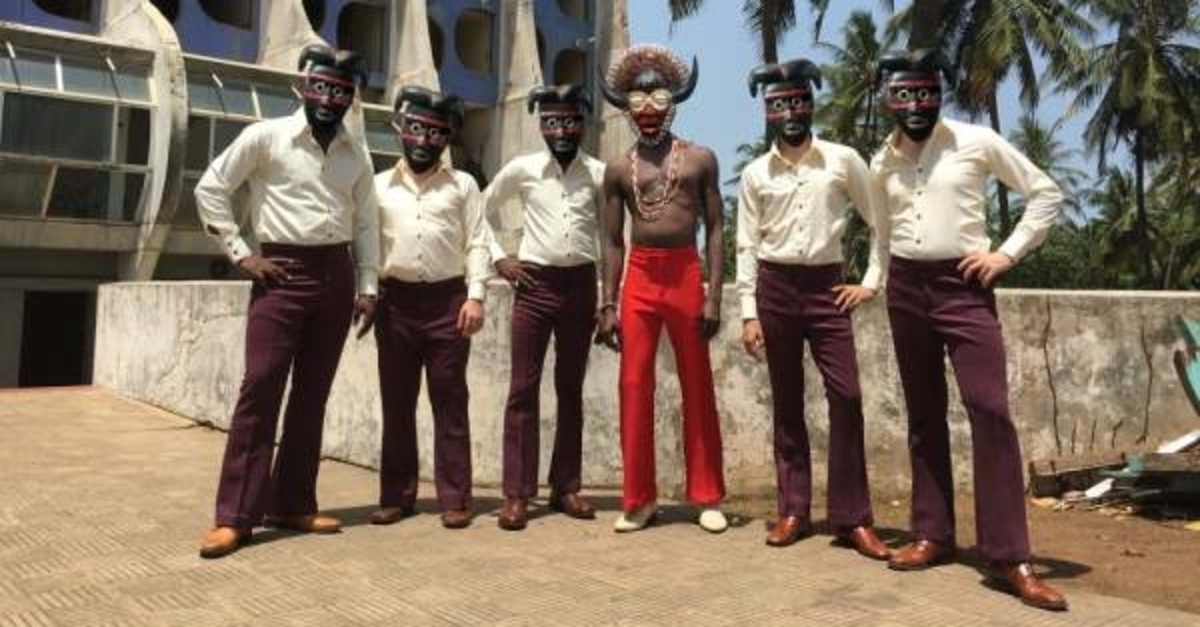 The first week of the 29th Akbank Jazz Festival, which will take place in 36 different venues with performances by more than 130 artists between Oct. 17 and Oct. 27, will be full of significant figures from the jazz scene

Akbank Jazz Festival, one of the longest-running festivals in Turkey, will bring the city together with different varities of jazz for the 29th time.

The Akbank Jazz Festival, a cultural and artistic project of Akbank, which has supported art and artists since its inception, will take place from today to Oct. 27 with a rich program of fresh rhythms and colors.

The first week of the 29th Akbank Jazz Festival, the organization and content programming of which was carried out in cooperation with Pozitif, will feature programs such as “Jazz in High Schools,” “Late Afternoon Jazz,” “Jazz in the Room,” “Jazz Brunch,” workshop programs and talks with various guests in different venues, in addition to “Jazz in the Kitchen,” which has been added to the schedule this year.

NES, whose trans-genre music knows no bounds either in category or in language, will perform at Summart Art Center at 8 p.m. tonight. They have a free spirit reminiscent of artists such as Anouar Brahem, Dhafer Youssef, Ibrahim Maalouf. The common musical language that brings together the three members of NES hovers between traditional Arabic music, world music, jazz and pop.

After percussionist David Gadea, cellist Matthieu Saglio and vocal/cellist Nesrine Belmokh met in Valencia, Spain, they first became friends and then formed a trio and wanted to be referred to as “NES,” the nickname of Nesrine.

Their long-awaited international album, Ahlam, was released in 2018. English, French and Arabic songs, sung by Nesrine, are accompanied by the surprising melodies of cellist Matthieu Saglio, who also uses loop pedals, and the fiery, at times delicate rhythms of percussionist David Gadea, who expertly builds the band's flamenco/jazz base.

Vaudou Game, which last year released their latest album “Otodi,” an invitation to the 1970s, uniquely blends inspiration from voodoo culture rituals with Afrobeat rhythms, funk and soul timbres. Having managed to create their own audience in various countries from Japan to South Africa, Togo to Belgium, Sweden to Canada, is waiting for you in Istanbul on a festival full of dance and joy. They will take the stage at 9:30 p.m., Thursday, tonight.

The extraordinary talent of Yonathan Avishai, a French pianist of Israeli descent, who is one of the stars of the French jazz scene, made an overwhelming impression through his band projects, where he was the founder and played with artists such as Arnie Lawrence, Omer Avital and Avishai Cohen.

The charm of Yonathan Avishai, who also made considerable contributions to Avishai Cohen's music, was clearly felt on Cohen's ECM-label albums “Into the Silence” and “Cross my Palm with Silver.” Apart from these collaborations, he created his own exciting trio, “Yonathan Avishai Trio,” with contrabassist Yoni Zelnik and drummer Guilhem Flouzat, and has moved the band to its current position in the last five years.

The Yonathan Avishai Trio, which we will be hosted on Akbank Sanat Stage, will be in Istanbul for an unforgettable performance at 7 p.m., Friday, Oct. 18.

Art Ensemble of Chicago, one of the avant-garde ensembles of jazz, brings together different styles that have gained ground in the history of jazz, creating a unique musical universe, while also applying to original sounds and small instruments. Traditional drums, horns, cymbals, bells, vibraphones, marimbas and gongs come together with different objects they use, such as instruments. These objects reflect the band members' personal perspectives on the saxophone, flute, trumpet, flugelhorn, contrabass and drum, which are the band's main instruments.

Born of the vision, discoveries and adventurous collaborations of band leader and founder Roscoe Mitchell in Chicago from the early to mid 1960s, the band owes its impressive existence to the endless tolerance that the band members show for each other about their personal interests in music. The ensemble, which has worked with many record companies, including ECM Records, and has released over 70 live performances and studio albums so far, will be on the Akbank Jazz Festival stage for an unforgettable evening at Cemal Reşit Rey Concert Hall at 8:30 p.m. on Oct. 18.

B’r Şeyler Eks’k, consisting of vocalist Çağıl Kaya, saxophonist Tamer Temel and Serhan Erkol, bassist Alper Yılmaz and drummer Volkan Öktem, released their debut album in April. Influenced by the musical approaches of artists such as Steve Lehman, Selebeyone and Kendrick Lamar, the album was welcomed with great interest as a project that expertly blended elements of rap-jazz. On a festive evening with a high dose of entertainment, you are invited to watch B’r Şeyler Eks’k and accompany the band's stage energy at the Bova stage at 11 p.m. on Oct. 18.

Jazz in the Room: Barry Good

The Austrian band Barry Good, led by Lukas Schiemer, will perform at the Zuhal Konsept Akasya Studio at 4 p.m. on Oct. 19 as part of Akbank Jazz Festival's new concept “Jazz in the Room” which invites music lovers to a concert experience that will remind them of the intimate surroundings of different living areas or their homes. The band, which released their debut album “And how are you?” in 2016, combines their jazz vocal and groove-oriented music with elements of hip-hop and soul, while highlighting improvisation and fun in their performances. Do not miss Barry Good's exclusive studio performance at Akbank Jazz Festival.

This year, Akbank Jazz Festival marks the 50th anniversary of ECM, one of the groundbreaking record companies of the international jazz scene, and brings together the most inspiring artists of ECM to the festival audience. As part of the celebration, master contrabassist and composer Mats Eilertsen will perform at the festival with his prestigious band, which he has worked with for a decade, at Akbant Sanat at 7 p.m. on Oct. 19. This avant-garde virtuoso trio, which released their latest and much-praised album “And Then Comes the Night” this year, proves to be one of the leading and most creative bands of contemporary jazz on all occasions.

Inspired by star musicians and bands of jazz, including Hiromi Uehara, Avishai Cohen, Esbjörn Svensson Trio, Chick Corea Elektric Band and Gogo Penguin; Cazzip Project consists of bass guitarist Eren Turgut, drummer Ertuğrul Biber and pianist Aslı Özer who have come together to play the music they feel. Having won the 21st Istanbul Jazz Festival Young Jazz Competition, Cazzip Project continues their successful performances on the leading stages of Istanbul. Explore this young and talented trio who released their debut album, “Stories,” in which each song tells a different story, last year after a five-year preparation process on the Akbank Jazz Festival stage. They will perform at the Badau Akasya at 9:30 p.m. on Oct. 19.

Trumpeter İmer Demirer, who will perform with his new project I.M.C. Trio at the annual “Mehmet Uluğ Night” event organized by Akbank Jazz Festival, comes to share his music and feelings with the audience. On this meaningful night at Babylon, P.D.K (Ali Perret Trio) and Aydın Esen will perform after I.M.C. Trio at Babylon at 9:30 p.m., Saturday, Oct. 19.