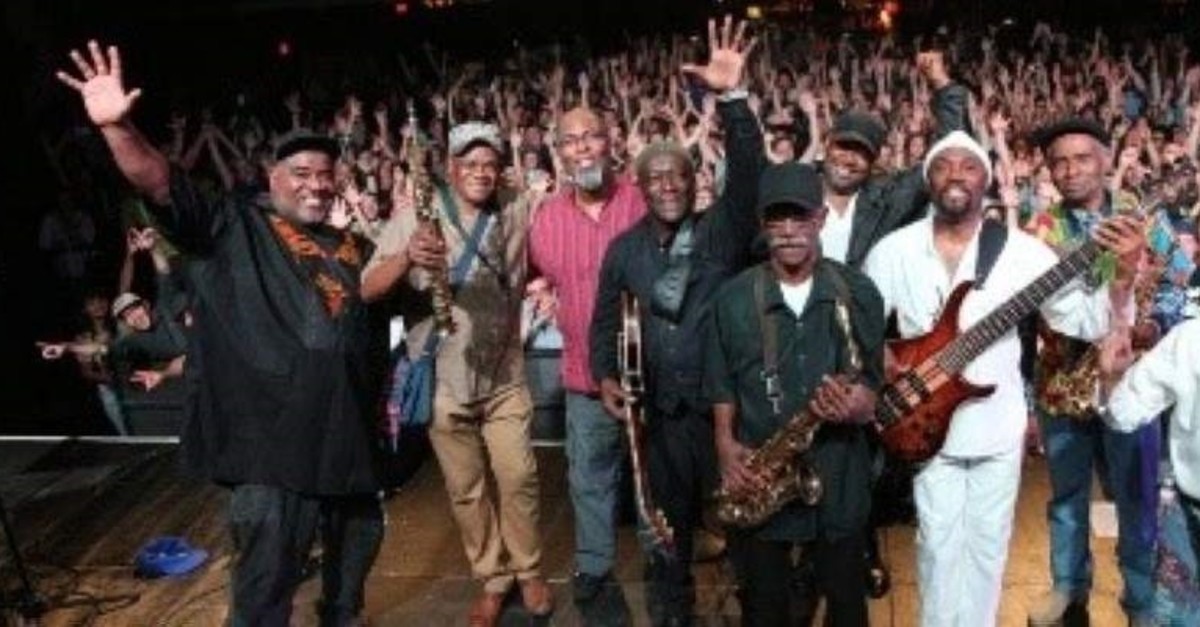 The band Cymande has an original music style and distinctive idiosyncratic songs.
by Daily Sabah Nov 11, 2019 4:10 pm
Garanti BBVA autumn concerts continue to welcome significant figures from the music world in November. As part of the concert schedule, Lera Lynn is preparing to meet music lovers tonight, Cymande on Nov. 15, Joan As Police Woman on Nov. 20 and The Comet is Coming on Nov. 21.
The first guest in November as part of Garanti BBVA autumn concerts is Lera Lynn, who is the genius behind the soundtracks of the cult television series “True Detective” and is the rising star of the contemporary American folk scene. Lynn will be at the Zorlu Performing Arts Center (PSM) Turkcell Platinum Stage at 9 p.m. tonight. Having caught the attention of T-Bone Burnett, one of the producers of the HBO drama "True Detective" with "The Avenues," Lynn soon began composing the soundtracks for the series. Lynn, an increasingly shining star, added to her reputation with her self-acquired role in the series, while revealing a more rock-oriented new sound with her 2016 album Resistor. Lynn, who embarked on a world tour with “Plays Well with Others,” which she released in 2018, is accompanied by the most tasteful Americana tunes of the contemporary music scene.
Cymande, one of the pioneers of the funk scene of the early 1970s, feeding from Caribbean origins and combining reggae rhythms with funk, soul, R&B, jazz and rock, will meet the audience at Babylon at 10.30 p.m. on Nov. 15. The long life and successes of Cymande is entirely due to their original style and distinctive idiosyncratic songs. Cymande combines the rhythms of bands with the style of music such as reggae and rastafarian with funk, soul, R&B, jazz, rock, African music and West Indian folk. Cymande's music features peace and love, represented by the dove figure projected on the band's emblem – which they say represents a spirit of togetherness.
Joan As Police Woman, a musician and songwriter with soul, R&B, art pop and punk rock-influential sound and a wide range of music repertoire, will perform her retrospective solo project at Babylon, 9.30 p.m., Nov. 20. Joan Wasser, better known by her stage name Joan as Police Woman, is an American musician, singer-songwriter and producer. She began her career by playing the violin in the Dambuilders. Wasser brought her solo career to life with Joan As Police Woman in 2004. She has released five regular studio albums, one EP, a number of singles and a collection of covers. Throughout her career, she has regularly collaborated with other artists as a writer and performer.
Consisting of saxophonist King Shabaka, keyboard player Danalogoue The Conqueror and drummer Betamax, The Comet Is Coming features the music of an imagined apocalypse. The band, which was nominated for a Mercury Prize for their 2016 album “Channel The Spirits” and made a name for themselves in a short time, will meet music fans at Babylon, 9.30 p.m. on Nov. 21.
Last Update: Dec 20, 2019 1:36 am
RELATED TOPICS