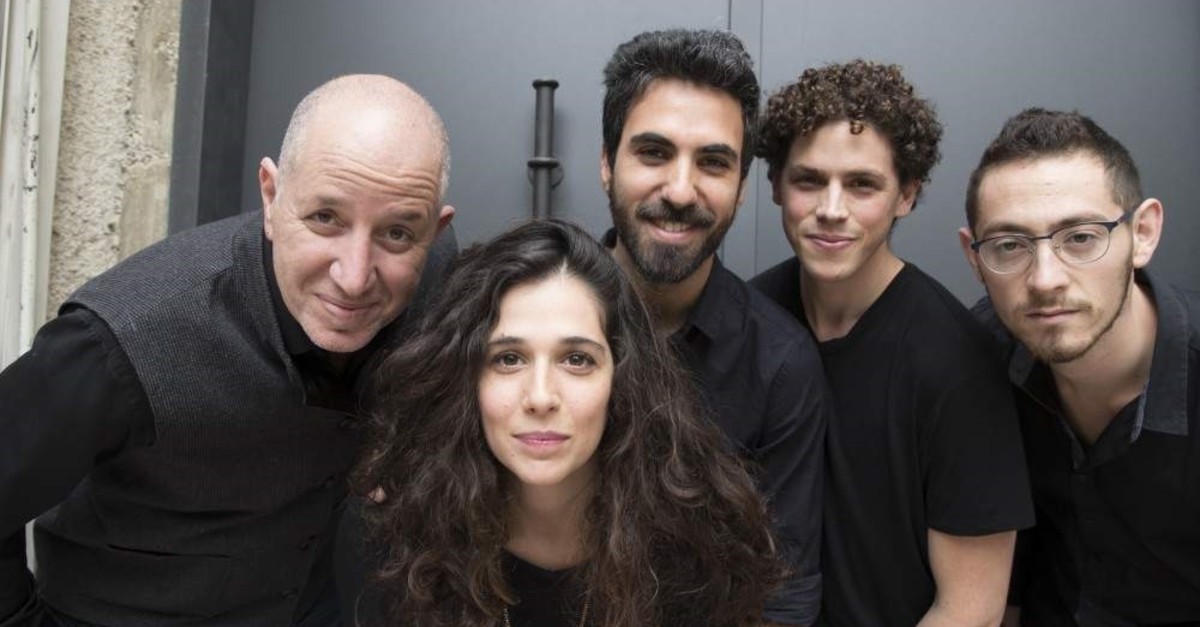 Istanbul has always been an inspirational source for artists and a natural charm for their creations. While Ivan Aivazovsky, known for his love for Istanbul, could not stop painting panoramas of the beautiful city, Ara Güler, the master of Leica, captured poignant, nostalgic images in the bustling metropolis. Israeli musician Yinon Muallem is also among the artists drawn by the beauty of this place.

Meeting music at a very early age, Muallem is a very skilled artist who plays multiple instruments including the oud and percussions. He told Daily Sabah his story leading him to the world of music. The musician started to play the organ at the age of 7 and played for three years. In a recital, he made some mistakes while playing, which is very normal for a young learner, but in anger of that mistake, he stopped playing the organ. After many years passed, he saw a Latin music show and listened to the perfect harmonic rhythms of Latin conga drums. Inspired by this show, he was again interested in music and took music lessons with a South American conga player. This is how Muallem stepped into the world of Latin percussions when he was 22.

Muallem continued to perform Latin music for a few years but his connection with Arabic, Turkish and oriental music turned the scale. He eventually changed his instruments to Middle Eastern percussions like darbuka, tambourine and bendir and also learned to play the oud.
Another change influencing Muallem’s musical life was his decision to move to Istanbul from Israel’s Tel Aviv. His first visit to the city was in the winter months of 2000. Noting that he liked to walk through the city in winter, Muallem remarked that he was mesmerized by the metropolis in all aspects. Stating that he listened to Turkish music CDs for the first time in this period, the musician reported that he was also fascinated by the style of Turkish musicians.

While discovering Turkish music step by step, Muallem listened to oud master Yurdal Tokcan. Thinking Tokcan’s performance was unique and different, Muallem got in touch with the oud master and wanted to take lessons from him. This was the very beginning of his adventure in Istanbul. He was coming to the city for these lessons at intervals.
In 2002, he came to Istanbul and stayed for a month to record an album together with Tokcan’s band “Istanbul Sazendeleri” (“The Saz Players of Istanbul”). Following the band’s offer, he joined them and moved to Istanbul. “I did not know that I would stay here for 17 years. I was just planning to stay for a few months then,” he says.

It is surely not easy to live in another country by leaving your homeland. Muallem did not know Turkish and or have many friends in this big city in the beginning. However, he says that he had the motivation to live here as he always felt that he had a very strong connection with Turkey in a musical and spiritual sense.

Muallem sustains many projects simultaneously and works together with different bands in each project. He formed a quintet for his latest album entitled “Back Home.” He made ethnic music with influences from Turkish, Jewish, Indian rhythms for long years. Recognizing that he wants a change in his music style, the musician decided to perform a fusion and tried to create productions closer to jazz.

In his journey to play ethno-jazz music, he first wished to form a band to perform together nearly three years ago. He desired to find musicians that would fully fit this project. With this idea in his mind, he followed his heart and went to Israel. He first made contact with pianist Orel Oshrat on this project. After Oshrat, percussionist Maayan Doari and bassist Meni Welt joined the band. “One day, I heard Orel’s wife Sivan’s singing and was very impressed. After the three of us, she also joined our band,” Muallem added. However, the band plays with talented bassist Yankale Segal of late instead of Meni Welt as the bassist went abroad for some musical training.

Talking about the name of his latest project, Muallem mentioned that his wife Dilek is a very good listener and adviser on art. This is why he always asks her opinions for his projects. When Dilek first listened to this album, she said that it is like a journey back home. On this comment, Muallem named the album “Back Home.” He thinks that this name has become proper for this project as it represents a symbolic return to his country Israel for him. But he also added that Istanbul, where he started a family, has become another home for him over time.

The Yinon Muallem Quintet will perform their latest album, which was released with the label of German record company Galileo and chosen as the best-produced album by Acum, the musical work owners' society of Israel, in 2019, at 8.00 p.m. on Nov. 14 at Cemal Reşit Rey Hall (CRR) in Istanbul.
After this concert, Muallem will also take the stage with his other band Ta Ki Dum at Maltepe Türkan Saylan Cultural Center on Dec. 14 and at the Zorlu Performing Arts Center (PSM) on Dec. 19 in the city.
Speaking about the album and concert series, Muallem highlighted that their repertoire is quite interesting. While some compositions belong to Muallem, some arrangements are in Hebrew and English. He also added that the audience will enjoy surprise songs at the concerts. On top of it, the band will also perform in Israel in December, in Kyiv in May and in Prague in July.

However, “Back Home” is only one of the projects realized by Yinon Muallem. He is such a prolific artist that he sustains various projects in various fields including literature. For instance, he has also written two books to date. The first of these books, which are about his life in Istanbul and Tel Aviv, is aptly titled “Istanbul-Tel Aviv.” The book is in the editing process and will be published in January or February under the label Nebula Publishing. His second book is named after a song entitled “Deep Inside a Broken Violin.” Stating that this song inspired him to narrate a story, Muallem indicated, “This novel is about the love between a Roma violinist and a Jewish violinist girl from classical music. I wrote their journey in love and music accompanied by side events.”

Back in his musical projects, the musician noted that he has also been sustaining a very significant project titled “Meeting of Hearts” recently. In this project, he brings ancient Sufi and Jewish music together in Hebrew, Turkish and Arabic. As it is understood that Muallem creates his own style with a unique combination of a rich variety and also acts as a cultural ambassador between Turkey and Israel by building a bridge between the two cultures. This is why he performs at many important events, in prominent venues around the world and receives praise. Tom Newell wrote about him in British magazine Songlines, which discovers the best music around the world: “Anyone wishing to hear what happens when you break down barriers should listen to the music of Yinon Muallem.”